The many species and groups of creatures introduced in the main Sonic the Hedgehog continuity. 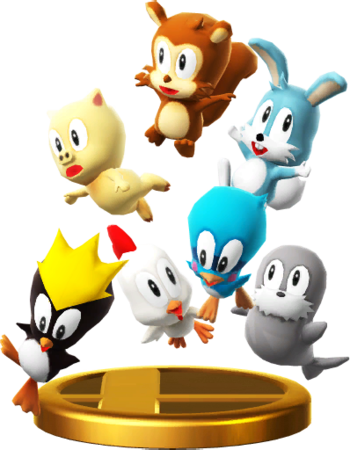 Flicky the bluebird and other animals that Sonic recovers from destroying Badniks and containers. Flicky made its first appearance in the 1984 arcade game Flicky, predating the Sonic series by seven years, while the other animals have made their debut in Sonic the Hedgehog (1991) onwards. 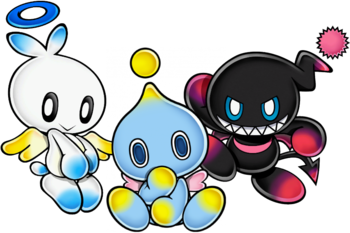 Creatures with a connection to Chaos that are commonly seen accompanying Tikal or Cream.They can also be raised in Chao Gardens in certain games. 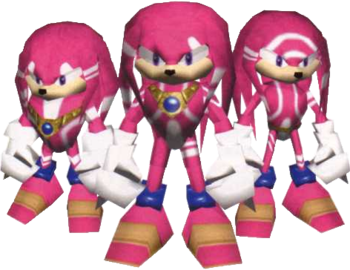 A group of dreadlocked anthropomorphic animals who were native inhabitants of Angel Island 4,000 years ago.

The ghostly minions of King Boom Boo that appear in several haunted stages in Sonic Adventure 2. 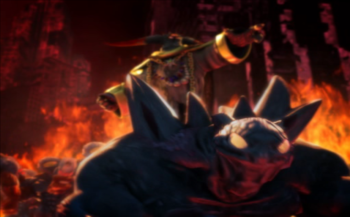 The marauding alien minions of Black Doom in Shadow the Hedgehog. 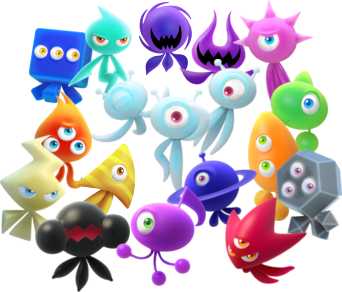 A race of friendly squid-like aliens and the titular colors introduced in Sonic Colors. They're unique in that they have the power of "Hyper-Go-On" energy, which Dr. Eggman wants to use to mind-control Sonic's world.

The wisps that debut in Sonic Colors are:

The wisps introduced in Sonic Lost World are:

Introduced in Sonic Forces is the Wispon, a gun that the Avatar uses to harnesses Hyper-Go-On energy. The Avatar can use the standard abilities of their Wispon's wisp in addition to a related offensive power that doesn't require having the wisp.

A new wisp was introduced in Team Sonic Racing: