Characters / Sonic the Hedgehog (film series)
aka: Sonic The Hedgehog 2020

If you're looking for the character page for the franchise as a whole, click here.

Characters With Their Own Pages 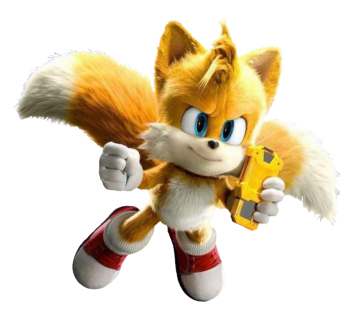 "If these readings are accurate, he's here — I've found him! I just hope I'm not too late!"
"Growing up, I didn't have any friends. Everyone in my village thought my two tails were weird. [...] But then I saw you—the fastest creature in the galaxy. You were weird too, but you were a legend. That made me think, 'Maybe being weird isn't so bad.' You inspired me to leave my village—to find you and help you in your mission!"

A flying two-tailed fox who comes to Earth looking for Sonic. 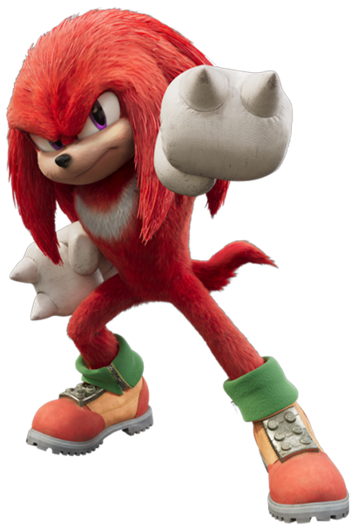 "Sonic the Hedgehog, you're no match for me..."
"It is my destiny to do what my ancestors could not: to restore the ultimate power to the home of my people."

A red echidna with super strength to match Sonic's speed, who joins up with Dr. Robotnik in order to get a lead on the blue hedgehog himself.

Knuckles: Why don't you stand still and die with honor!? 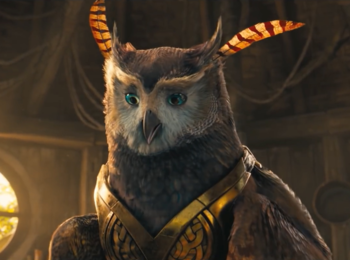 "Never. Stop. Running."
"The only way to stay safe, is to stay hidden."

A wise owl who acted as Sonic's caretaker when he was a child. After he gets followed by a group of tribal echidnas intent on attacking them, she uses and gives him Power Rings to escape to another world. 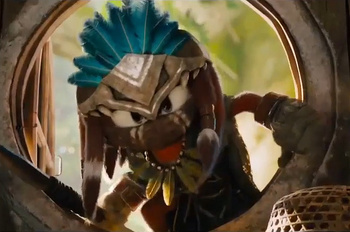 "Turns out with great power... comes great power-hungry bad guys. And I led them right to us."
— Sonic the Hedgehog

A tribe of echidnas who covet Sonic's powers.

The "Project" (All spoilers unmarked)

Appearances: Sonic the Hedgehog 2 (in the Stinger) 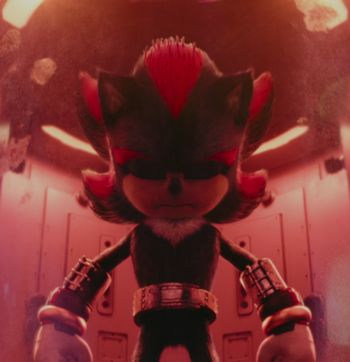 The end result of Project Shadow, having remained dormant in a black site for over fifty years... until now. 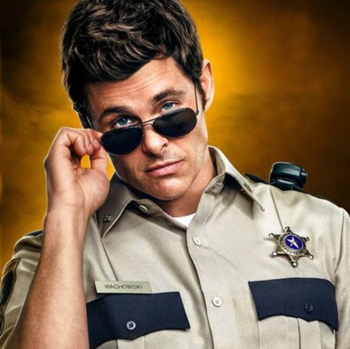 "No, this is not some fun family road trip!"
"It's time for this guy to get out there and prove himself. I love Green Hills, but... you know, I wanna help people in real trouble. I want someone to turn to me in a life-or-death situation and I'll be there for 'em."

Green Hills' sheriff and Sonic's first human ally. Tom wants to break out of small town life and prove he has what it takes to be a cop in the big city. However, things get very weird when Sonic enters his life, putting him in a compromising situation with both the US government and his future plans. He eventually becomes Sonic's adoptive father. 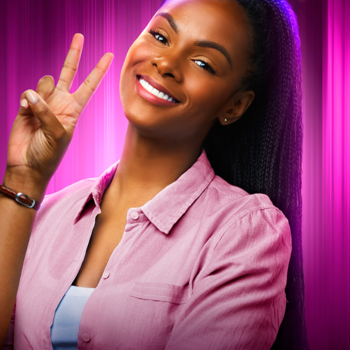 "I've been pretty admirable in not freaking out!"
"You sacrificed for me. I'm happy to sacrifice for you."

Tom's wife and an animal veterinarian. She assists Sonic in his travels, and eventually becomes Sonic's adoptive mother. 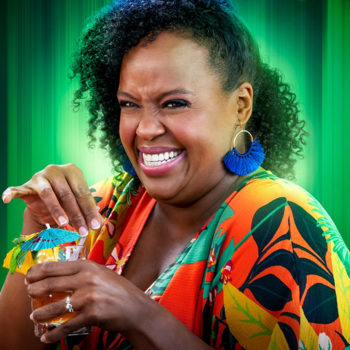 Maddie's sister, Tom's sister-in-law, and Jojo's mother. She tries to keep Tom and Maddie from being together. 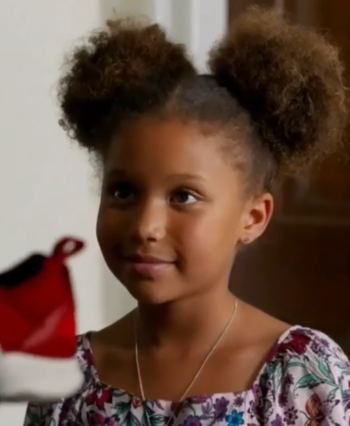 So you won't hurt your feet anymore.

Tom and Maddie's niece and Rachel's daughter. She befriends Sonic and helps by giving him new shoes.

In General
A global military taskforce founded with the purpose of defending Earth from any and all alien threats.
Commander Walters 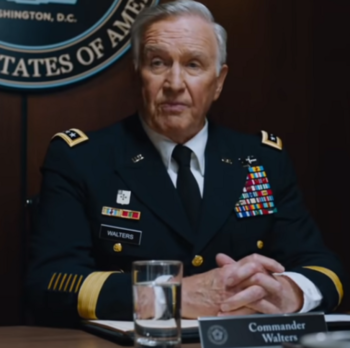 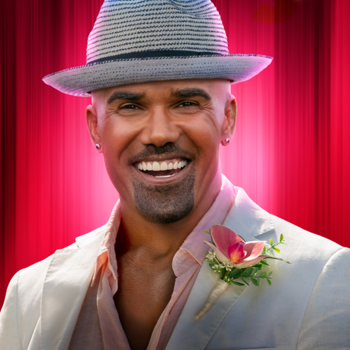 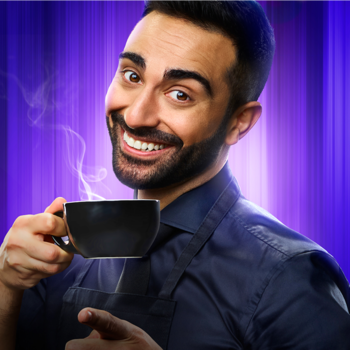 The doctor thinks you're basic.
"I just thought you might like a latte with steamed Austrian goat milk!"

Robotnik's right-hand man, and, in contrast to how despised the doctor is by everyone else, a complete sycophant towards his boss. 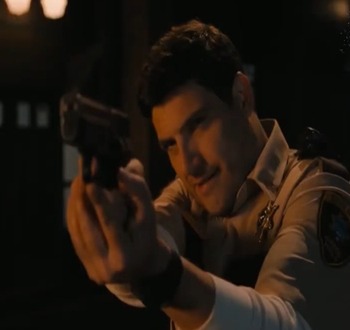 "That's our sheriff you're messing with."
"I WILL TELL PEOPLE ABOUT THIS!"
Tom's deputy and friend from Green Hill Police Station.
Crazy Carl 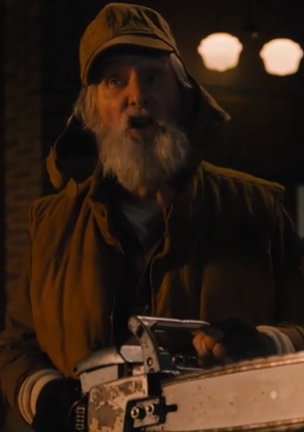 "I almost caught him last night."
"I know you’re out there! And I know you’re real!"
A man in Green Hills who started rumors of a Blue Devil lurking around the town. 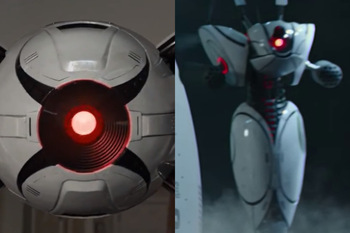 Dr. Robotnik's personal army of robots. They come in a variety of forms, from standard egg-shaped drones to powerful tank-like vehicles. 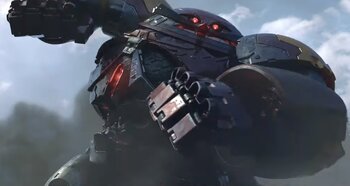 "COMING! GETTING! COMING! GETTING!"
Robotnik's greatest weapon yet: a Humongous Mecha built with the power of the Master Emerald. It serves as the final threat of Sonic the Hedgehog 2.
Unit 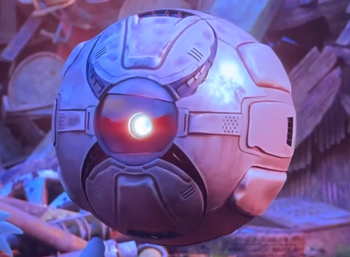 An Eggman robot who appears in the animated short, Sonic Drone Home. It is notably the first Badnik in this continuity that can actively speak and think for itself.