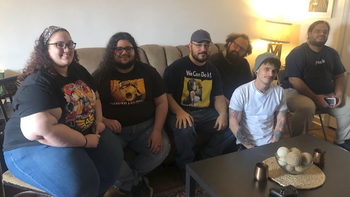 The members of the Super Gaming Bros.

The Super Gaming Bros, SGB for short, is one of the two gaming channels led by Johnny: the primary one is SomecallmeJohnny, a channel that is largely dedicated to making reviews (called Johnny VS x, x = title of the game). The other channel, SGBLikesToPlay, is dedicated on making Let's Play of games.

Johnny is often doing the reviews alone; though all of the members, to various extents, have appeared in them. Johnny is always in the LP's, Matt and Elliot are both in all of them, and Mark (Johnny's brother) is an occasional member.

This page lists tropes applying to Johnny, and the other members who are often only in the let's plays. For Tropes pertaining to the gang on their appearances on BrainScratch Commentaries or characters that have originated from there, click here.

The main trio.
Tropes that apply to the group as a whole:
Johnny Ortiz 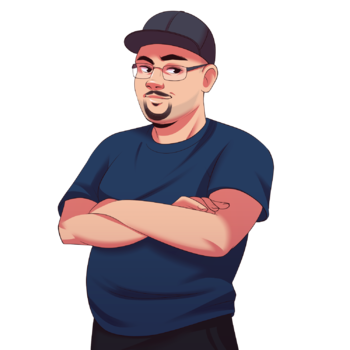 The man himself, only as a cartoon.
The founder of the group. He, with occasional input from Elliot, runs the review channel, SomecallmeJohnny; he's also the main member of the let's play channel. He specializes in mainstream games and indie games.
Elliot Cancel

Johnny's step-brother who provides insight for the reviews from time to time. He runs his own channel, Creepy Elliot. Elliot specializes in horror and more modern games.
Advertisement:
Matt Metelli

Johnny's best friend who is there for the let's plays. A mix of Johnny and Elliot; He's not bad at mainstream games, but he prefers to show off cult classics or games either brother wouldn't likely play for the channel.

The fourth member of the group who is not a committed member. He appears occasionally in the reviews, and will show up here and there for the 4-player games such as Mario Party, Smash Bros. etc..
Uncle Greg 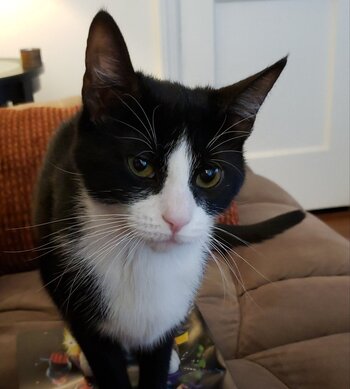 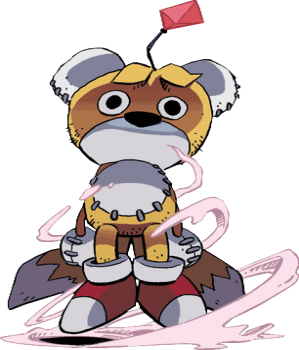 Tails Doll is the personification of all the bad Sonic games and loves to make people play horrible games and watch them suffer.

The Blue Toad from New Super Mario Brothers Wii. He’s a Jerkass who hates everyone (including himself) and will go any lengths to screw people over, even of it means screwing himself over in the process.
Derpasaurus Rekt

A dinosaur toy Uncle Greg found under the couch of the hotel room they were staying at during Too Many Games 2015. He became the group's official TMG mascot, and his name derives from his askew upper jaw.
Wonky Dick 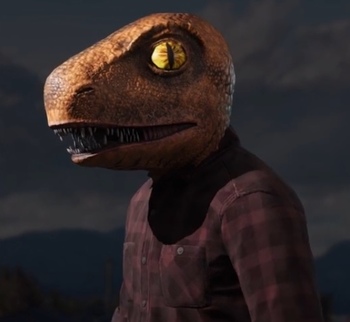 I’m a dinosaur.
Click here to see his Alien outfit. 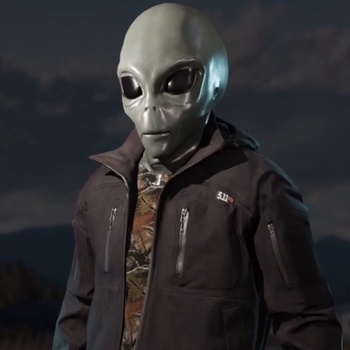 A former Comcast employee who became a Junior Deputy and tried to arrest the cult on the first day of the job. He also likes wearing a Dinosaur mask.
Hatsun Pigeon

A human girl who decided to go to the St. PigeoNation's all-birds school who later becomes a paranoid wreck trying to find a husband to avoid certain death.