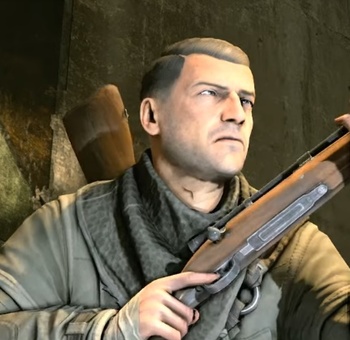 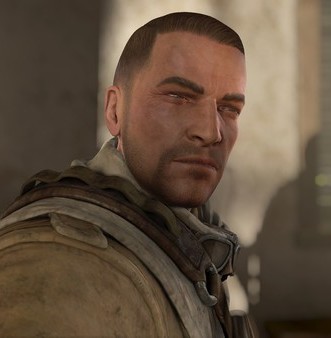 During the Italian campaign in 1943 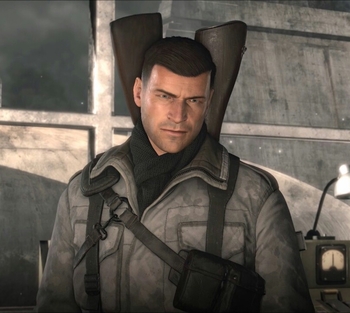 Voiced by: Tom Clarke-Hill
The Hero of the series. An officer in the SOE and later the OSS of British-German heritagenote Father was the British ambassador to Germany, mother, German, born on US territory, his legal citizenships are, complicated. who grew up in the United States. First seeing action in North Africa taking missions under the British SOE, he is later assigned to assist the Allied Invasions of Sicily and Italy. It is here that he begins taking missions for the OSS. In 1945, under the orders of the latter organization, he undertakes a solo mission into Berlin to go after the heads of the V2 rocket program intent on selling their secrets to the Soviet Union.
"This is for the Orchidea, chum."
Advertisement:
Dr. Efram Schweiger 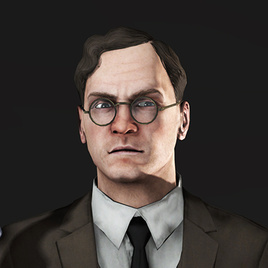 One of the German rocket scientists Karl Fairburne is tasked with assassinating during the Berlin Offensive. As Fairburne continues investigating, however, he finds out that Schweiger had made attempts to defect to the Western Allies. As a result, the OSS agent changes his plan to rescuing and hopefully gaining useful intelligence from this potential new asset. 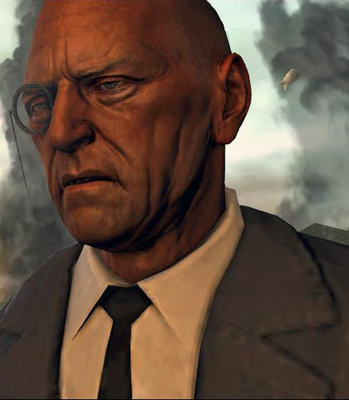 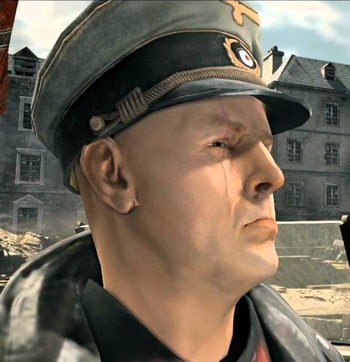 The German General in charge of the V2 rocket program. Karl is tasked with killing him first during his mission into Berlin, in order to prevent him from pushing through with his and his team's defection to the USSR.
Colonel Muller 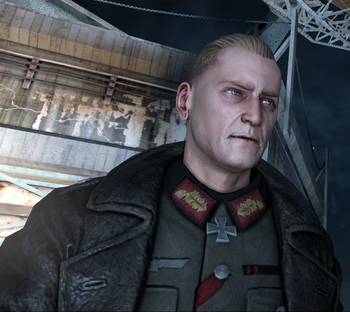 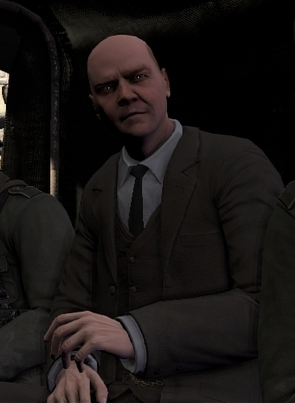 A member of Eisenberg's Team. He is Karl Fairburne's second target. 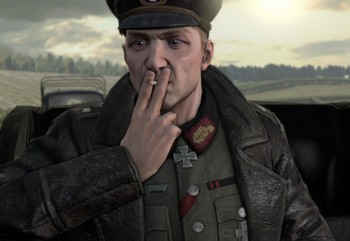 The main antagonist and target of the St. Pierre Downloadable Content mission. He becomes a priority target for the Allies after rising through the ranks and defeating the Allies in several German defensive victories.
Adolf Hitler 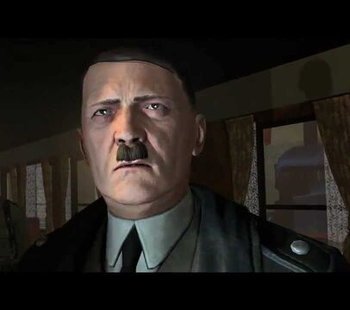 Hitler's final chronological appearance, as seen in Sniper Elite V2.
The Fuhrer himself. Or, rather, his numerous body doubles sent to represent him in his stead. He or his body doubles usually serve as an Arc Villain in certain Downloadable Content missions throughout the series.