Characters / Smokey and the Bandit 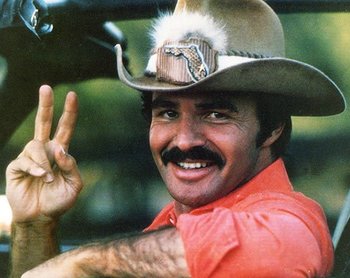 Portrayed by: Burt Reynolds
"I used to go from place to place and do what I'd do best, show off."

A truck driver and daredevil, Bo Darville aka. the Bandit is a legendary figure in the South. He is offered $80,000 by Big and Little Enos Burdette to transport four hundred cases of Coors beer from Texarkana to Bandit's hometown of Atlanta, Georgia, to which he accepts. But on the way back, he picks up runaway bride Carrie, which makes him the target of the groom's father, Sheriff Buford T. Justice. 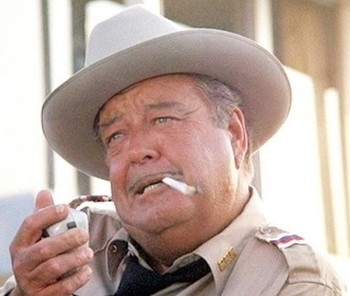 "Sumbitch!"
Portrayed by: Jackie Gleason
"There's no way, no way that you could come from my loins. Soon as I get home, the first thing I'm gonna do is punch your mama in the mouth."

A nasty Texas Sheriff who is out for blood when his idiot son's bride left him at the altar and ran off with the Bandit. He continues chasing Bandit well past his jurisdiction and into several states. He eventually grows to see Bandit as a Worthy Opponent, which makes him want to apprehend Bandit even more. 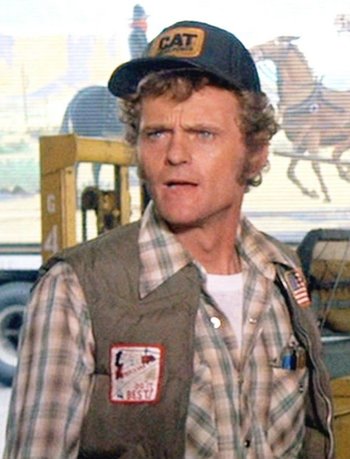 Portrayed by: Jerry Reed
"♫ Bandit you're reckless and you live much too hard. ♫ Oughta be in Nashville."

Cledus "Snowman" Snow is Bandit's best friend and a fellow trucker who helps him on his journey to haul 400 cases of bootleg beer to the Georgia Southern Classic, with Cledus driving Bandit's truck while Bandit and his Trans Am distract any cops from opening the back and seeing the illegal cargo. Cledus is usually accompanied by his basset hound, Fred. 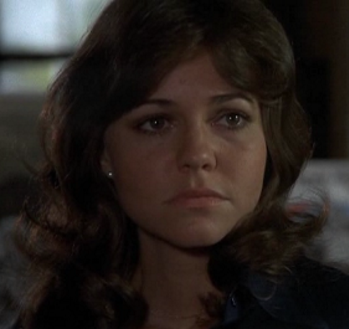 Portrayed by: Sally Field
"Mr. Bandit, you have a lyrical way of cutting through the bullshit."

Carrie is a professional dancer who was supposed to marry Buford's son, Junior, but backed out at the last second and left him at the altar. Aware that Buford is on her trail, she jumps into a car with a stranger, who happens to be none other than the Bandit himself. 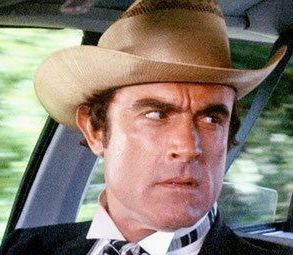 Portrayed by: Mike Henry
"Y'know Daddy, I don't think the Bandit's really bad. He's just in with the wrong crowd."

Junior is the deputy and dimwitted son of Sheriff Buford T. Justice. He was supposed to marry Carrie, but she left him at the altar. Twice. 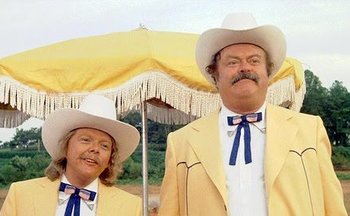 A pair of wealthy Texans who frequently make bets with people in order to convince them to perform nigh-impossible, and often illegal, tasks for them. They seek out the Bandit at a truck rodeo in Atlanta and offer him $80,000 to pick up 400 cases of Coors beer from Texarkana, Texas and transport it to Atlanta in 28 hours.