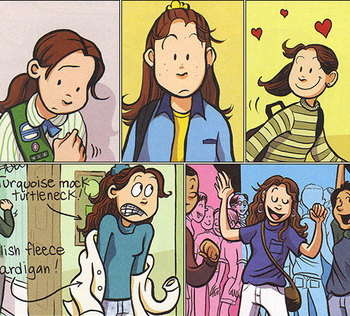 “Weird...something happens when you smile at people. They smile back”.

“But the more I focused on my interests, the more it brought out things I liked about myself”

The main character of both Smile and Sisters. Raina knocked both of her front teeth out at the age of 11 while running, leading to a long and embarassing dental journey. She is artistic, and initially shy and insecure about her looks, but grows to become a more self-confident person. 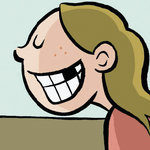 “Punch bug. I called it, you just didn't hear me!

“The difference between you and me is that I don't care”.

Raina's younger sister. Their relationship is the main driving force for drama in Sisters.

Raina and Amara's younger brother. Will is a fairly typical Cheerful Child who idolizes his father and loves dinosaurs. 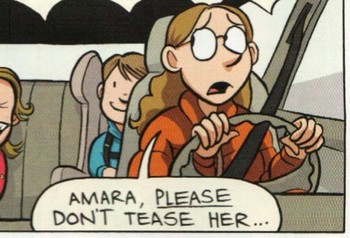 “I don't care! My daughter just fainted thanks to your negligence!”

The matriarch of the Telgemeier family. She is often the Only Sane Woman and is particularly close to her daughter.

"Maybe we should feed her to the wolves!"

“Why don't you try banging it against the wall? That way, when you stop banging, it'll hurt less!”

The patriarch of the Telgemeier family. He is occasionally a Bumbling Dad and [[Foil the polar opposite to his wife.]] 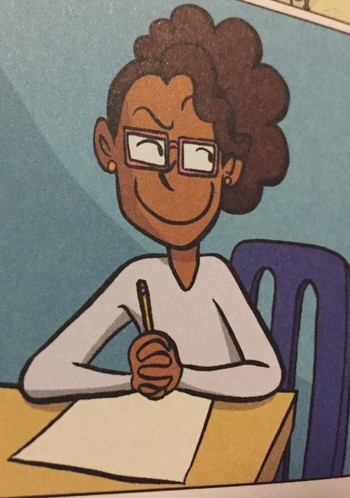