Characters / Smile For Me

WARNING: Unmarked spoilers ahead. It's strongly suggested you finish the game before reading any further.

open/close all folders
Flower Kid
The player character. They used to work as a flower delivery person before coming to the Habitat. They can only communicate by nodding or shaking their head. 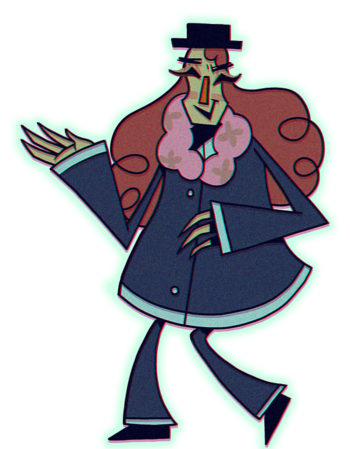 An overly optimistic yet eccentric man who's the owner and overseer of the Habitat. His main objective is to draw in as many estranged, traumatized, or otherwise depressed people as possible to the Habitat for the "Big Event".

As a whole
Nat Vancy 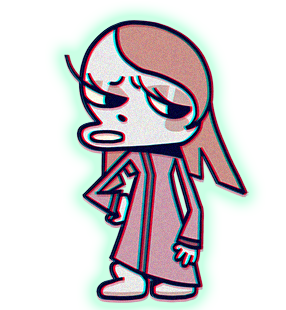 The first character you meet, a rebellious 13 year-old girl and aspiring musician. She is the daughter of Trencil Varnnia and changed her surname because she wanted a cool stage name.
Dallas Smuth 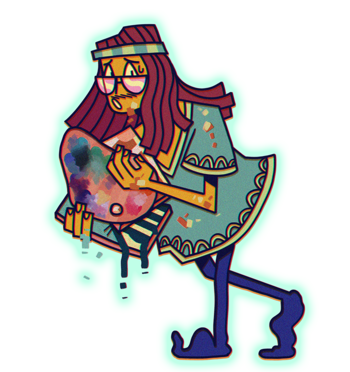 A hippie artist who declares Mirphy his muse and tries to impress her with his paintings. 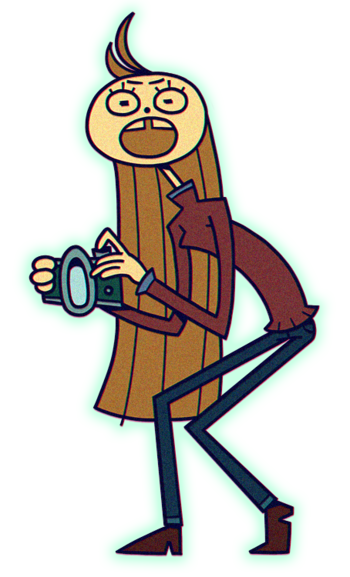 A proud and exigent photographer who has the tendency of talking to herself when no one is around.
Lulia Fame 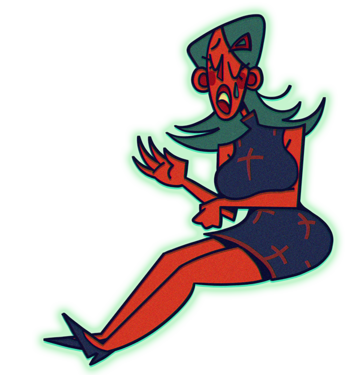 A sad woman who hopes to become a model. She is found blocking the stairs to the terrace, weeping.
Ronbo 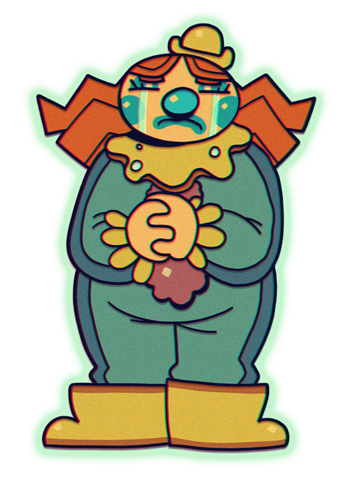 A clown responsible for the carnival who has trouble moving on from his ex-girlfriend.
Millie Coulro 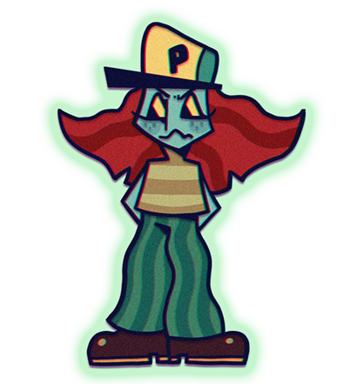 A bratty kid with a talent for golf. She is afraid of clowns and her main goal is to hit one with a golfball.
Trencil Varnnia 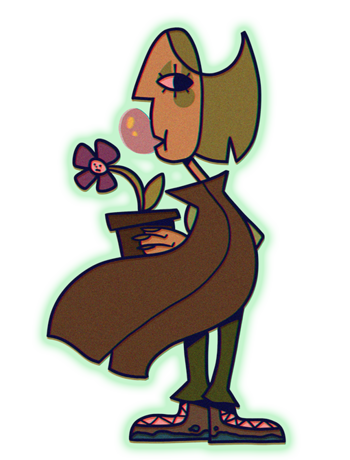 A gloomy vampire who would rather be accompanied by flowers than other people. He is Nat's father and feels she has grown distant. 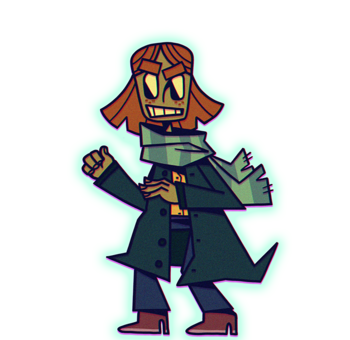 A teenage conspiracy theorist and believes vampires are involved with the habitat. He also says he can turn into a werewolf named Sebastian.
Gillis Socco 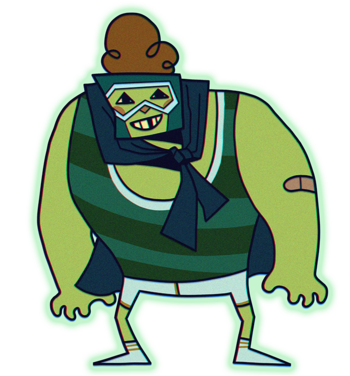 The bouncer of the lounge and a very muscular man, he tries to keep a tough face but likes teddy bears, carnivals and cute things.
Putunia Mollar 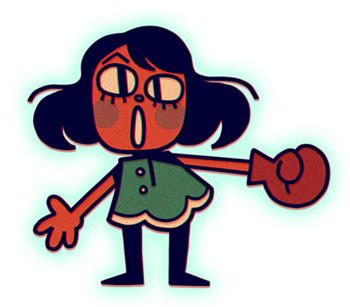 A little girl who seeks to defeat "The Green Menace" and asks for a mask and a cape to do so.
Gerry Podunk 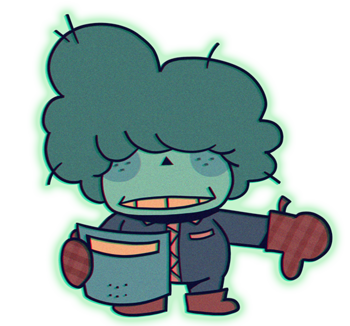 A self- proclaimed business man in love with Martha.
Parsley Botch 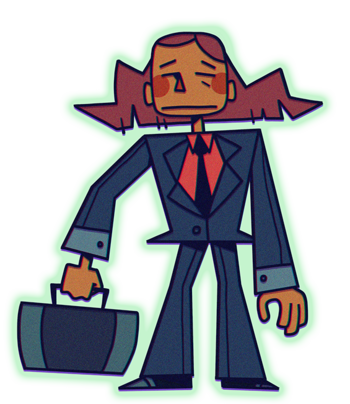 An extremely tired and almost starving businessman with conflicted feelings towards his father.
Tiff Webber 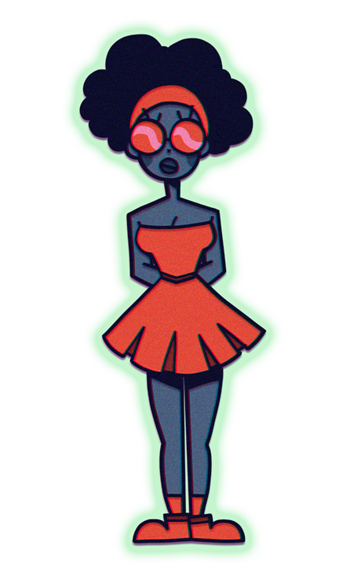 A talented singer working for Dr. Habit, she only sings songs he likes (that all involve teeth) and wants to break up the contract.
Jerafina Tabouli 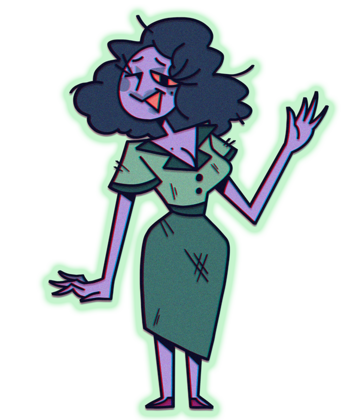 A drunk ex-teacher hanging out at the Lounge, wants to go back to her "hot teacher" look and needs to find her glasses to do so.
Jimothan Botch 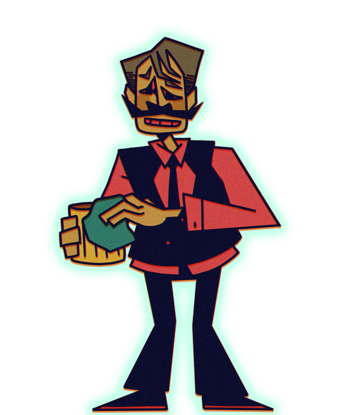 The bartender of the lounge, obsessed with manliness and pressures his son into finding a girlfriend and working out.
Randy Hapukurk 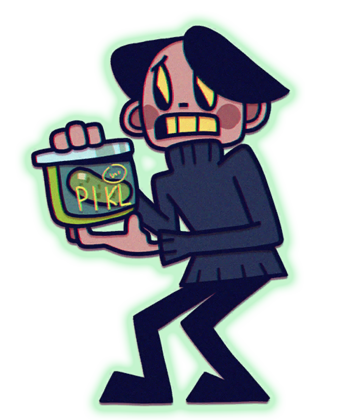 A poet and pickle enthusiast with a keen sense of smell.
Tim Tam 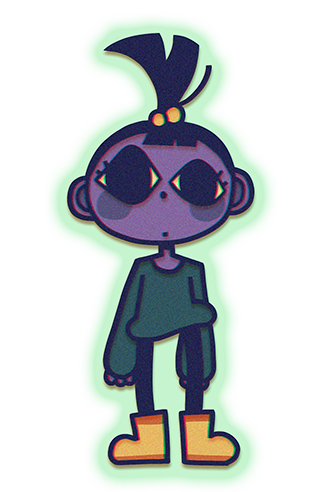 A very strange, very chaotic child who constantly steals from the other Habiticians, claiming it's for a "revolution."
Borbra Luddington 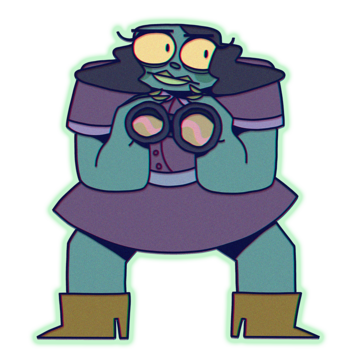 A very large woman with a love for bird watching, asks for help getting a "Y'owl" to have as a pet.
Questionette 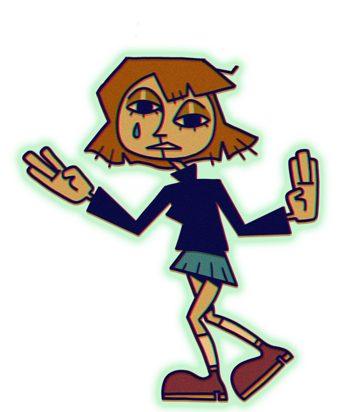 An enigmatic foreigner whose dialogue can only be understood with a decoder.
Marv Truncler 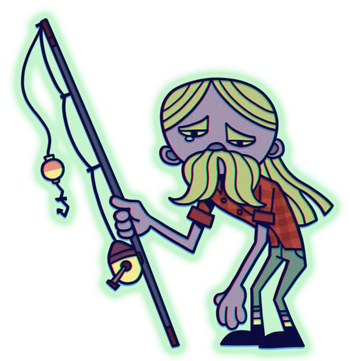 An old fisherman standing on the small pond at the courtyard.
Kamal Bora 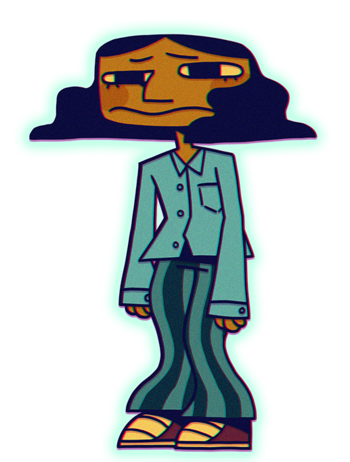 The very nervous former assistant of Dr. Habit. He helps in the confrontation with Habit after you brush his teeth.
Wallus Breadbear

The ex-janitor of the Habitat. He's been living in the walls of the boiler room ever since Dr. Habit gave him a particularly nasty dose of public humiliation, and seems to know all the Habiticians.

A sapient talking bed who grows rather attached to Flower Kid as the game goes on.
Carla(s)

Three robotic assistants who work at the carnival managing the attractions.