WARNING: Only spoilers from Season 4 onwards are whited out. 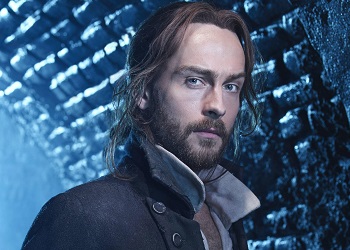 "I was born more than two centuries ago and my wife is a prisoner in some otherworldly realm. I'm not stranger to complications."
Portrayed by: Tom Mison
"Good day. This is Captain Ichabod Crane, Esquire. If you will be so kind, please leave your name, rank, and an address where I may reach you, and I will return this correspondence in a timely manner. And now what do I press? Pound? What's pound?"

A former history professor at Oxford University prior to the American Revolution, Ichabod Crane came to America with the British before switching sides and becoming a spy for the Patriots. Having beheaded the Horseman during the Battle of Lexington in 1781, he was brought back to life along with the Horseman due to their blood mixing when they both died. Despite his skeptical knowledge of the supernatural in life, he has been an invaluable resource following his resurrection due to his detailed knowledge of supernatural traditions. 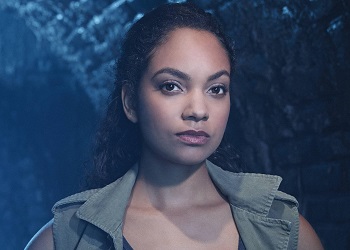 "Remember I told you one time this town was going to go straight to Hell? I hate being right."
Portrayed by: Lyndie Greenwood, India Scandrick
"I have more than faith. I'm a mental patient with a gun."

Abbie's younger sister who was confined in a mental institution. They both witnessed the rise of the Second Horseman when they were children. She briefly broke out of the institution, but has since returned after Abbie assured Jenny that she accepted what they had seen and would work to get her released legally. She eventually told Abbie that she was once possessed by a demon that told her to kill her sister and that she would purposely get herself arrested to protect her. She later takes part in helping to solve the mysteries surrounding the Horseman. 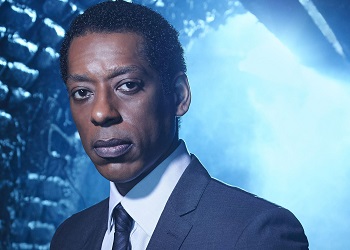 "This goes without saying, but in your description of events, let's make sure that the perp isn't headless."
Portrayed by: Orlando Jones
"You know, there are two things in life I believe a person should hold on to for as long as possible: virginity and skepticism. Surprisingly, I already lost the first thing, so I'm going to hold on for the second one as long as possible."

The (former) chief of the Sleepy Hollow Police Department (yet affiliated with the New York State Police) who is initially skeptical of Crane and Abbie's assertions. He later discovers the supernatural truth of them when the three of them confront, battle, and trap the Horseman of Death. 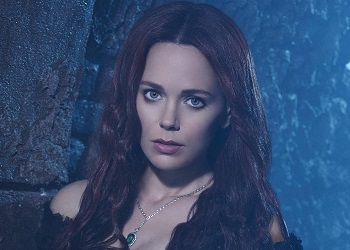 "I am a Quaker, sir. I fight for the conviction that every man is free."
Portrayed by: Katia Winter

Ichabod's wife and secret witch who cast the spell to bind Ichabod to the Horseman. She appears to him in dreams in the present, claiming that she is trapped in a place between worlds and can only be freed with the defeat of the Horseman. 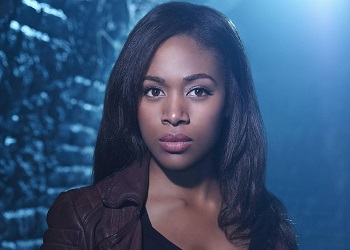 "I'm trying to hold onto my sanity! Not to mention my job."
Portrayed by: Nicole Beharie, Jahnee Wallace

A life-long resident of Sleepy Hollow, Abbie was about to transfer to the FBI but, due to the changes in the town, she has come to accept her role in the fight against the Horseman as the second Witness to the Apocalypse. Abbie is the driving force in the future of understanding the new Sleepy Hollow. In Season 3, she actually does go to work for the FBI. 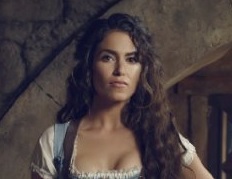 A contemporary, comrade in arms and former flame of Crane's. Known mostly for sewing the American flag, she was in fact Washington's top covert operative and head of his spy network. 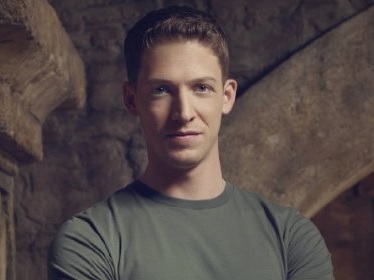 "I thought my dad's hobbies were fishing and crossword puzzles."
Portrayed by: Zach Appelman 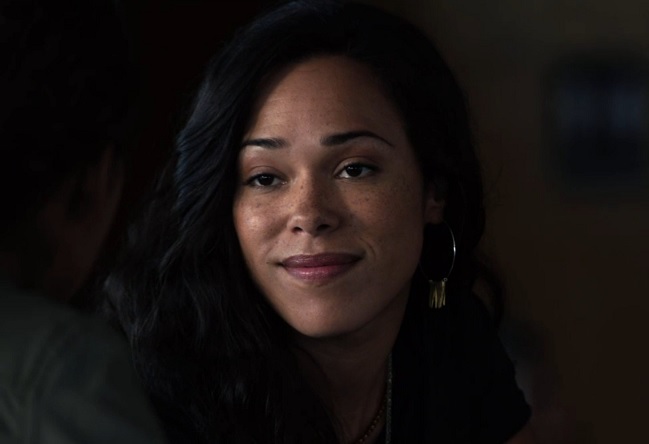 "Trust me, you don't wanna know who I work for."
Portrayed by: Jessica Camacho

An artifact hunter who collides with Jenny and Joe when they search for the stolen Shard of Anubis. Jenny recognizes her techniques as those Corbin used to teach Jenny, though Sophie claims she didn't know him. It later turns out she works for Atticus Nevins, an old friend of Corbin's. 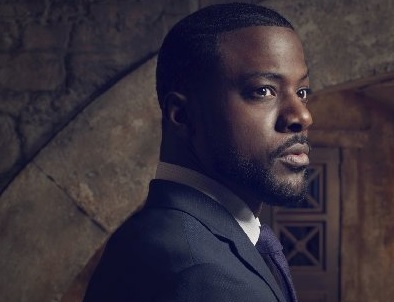 "Hey, I know you don't see yourself here forever. And if we play our cards right, we can help each other get what we want."
Portrayed by: Lance Gross

Abbie's former classmate from Quantico, who is now her new boss. He's also her ex-boyfriend, which complicates their new relationship. 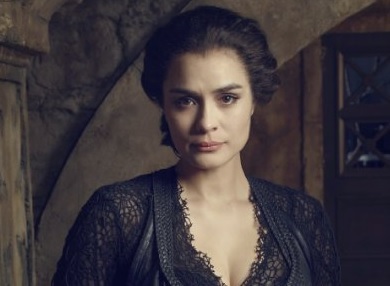 "This does feel like home."
Portrayed by: Shannyn Sossamon

A mysterious woman who has come to Sleepy Hollow for her own sinister reasons, and with her monsters, causes fear and chaos among the townspeople. 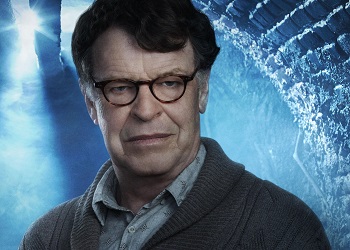 "I relish any chance to cause my parents pain."
Played By: John Noble, Braden Fitzgerald, Danny Rawley
"Now you'll know what it is to lose faith. When it's gone, you have nothing. And when you have nothing, there's nothing holding you back from what you're capable of."

A Sin Eater who helped Crane break the curse connecting him with Death. Later, Parrish was revealed to be Jeremy Crane, Katrina and Ichabod's son, as well as War, the Second of the Four Horsemen of the Apocalypse, bitter over how his parents' actions led to him being trapped in a coffin for two centuries in a state of living death until he was released by Moloch.