A mysterious Internet personality, AIZA is a renowned cover singer, with over millions of subscribers across different platforms. She covers all genres, but tends to prefer doing covers of Vocaloid songs. She has recently revealed that she is working on an original album. However, no release date has been given yet. Despite her fame, not much is known about AIZA, and her real name has never been revealed, which only seems to draw more people to her.

The killer of Chapter 3, responsible for attempted explosion of, stabbing, and killing of Akinori Kuwabara. She is executed by being stoned. 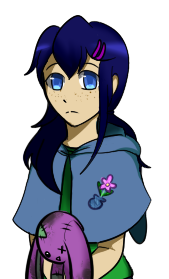 Akira grew up in Biei-cho, Hokkaido, Japan with his mother, father, and pet rabbits- while not the focus of his talent he gushes about them any chance he gets. His life was quiet but happy. He spent time outside and picked up gardening the moment he could hold a trowel- his mother taught him the basics with their garden in their yard and he just went from there, looking up different techniques and how to care for each plant. What his claim to fame was, he can grow almost any plant with ease, they seem to even grow faster and healthier than ever under his care. He usually brushes this claim off however, not really wanting the attention he was starting to get. He started to get jobs though, to tend to larger scale gardens, some he accepted and he was able to care for them single handedly as well as a whole team would.He has his own garden at home, but he tends to a public one as well as a part time job, people from all over come to see the amazing plants he has year round. He runs a blog known as Lapied for his personal garden- and his rabbits if he were honest, getting thousands of hits per day. 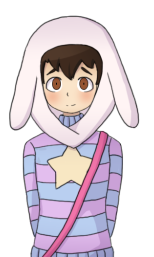 Ama Suzuki runs a dual online fortune telling shop and a store for items that he has knit. He does fortunes for people, and fortunes for each coming week, as well as a large fortune to give an overview of the year. A few of the times these fortunes have come true, though his clients claim that theirs really did happen. His yearly spreads cause the most debate because of how vague they can be, but his devoted clients find a truth with no fail each and every month.

Information about Azusa is currently unknown. 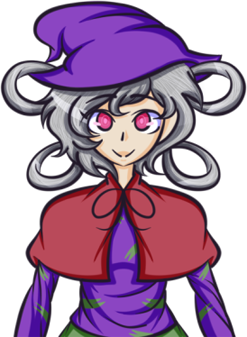 Chika Yoshikage, Witch of the West, is an apparent immortal witch whose existence dates back to the Edo period. The story goes as thus: A long time ago, a lineage of witches were cast from their home in the Britain. Instead of sailing to the New World, they traveled through Europe, wreaking havoc wherever they went. It was when they reached Japan that they took up hold in a castle in the mountains, overlooking a small town. The town was constantly subject to the witch's’ sadistic magic, until a knight from the British Isles, who had been tracking them down, defeated the witches, leaving only their ghosts to haunt the estate. Their leader, Chika, became a restless spirit, and was told to devour the souls of men who mistreated women in any way. Now, hundreds of years later, this “Chika Yoshikage” claims to be a witch of the same legendary story. While most believe the belief to be false, further digging reveals she does legally reside in the historical home overlooking the same small town the story originated from. That, and rumors that the girl can in fact perform magic only seem to enforce the idea that she could truly be able to bend the laws of nature to her will. 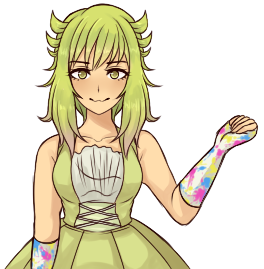 —YOUNG GIRL BRUSHES WITH DEATH AND EMERGES VICTORIOUS—10-year-old Fukai Miki was discovered during a rescue operation after an avalanche last Friday. However, she was out in the snow of her own will. Looking to rescue her best friend who was caught in the snow, Miki left safety after the disaster occured.

When she was found, Miki had already uncovered her friend. “I was just doing what anybody would do! Besides, it was fun.” Miki said.

Fukai Miki is known for completing a variety of stunts from skydiving to bungee jumping in the middle of a typhoon. Most of her stunts are simply for fun, though she does work for commercials and charity events. Her crowning achievement, however, is holding the world record for the youngest person to climb Mount Everest successfully at 11 years and 9 months old. The public affectionately coined her the “Gremlin Daredevil.” 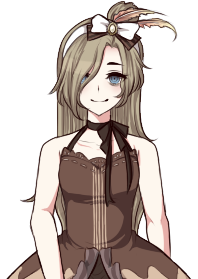 Information about Haruna is currently unknown.

Information about Hiroto is currently unknown. 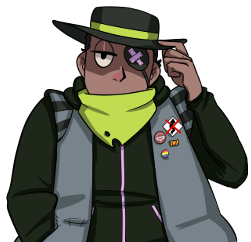 In the year 20XX, Hisashi Nakano was reported missing after wandering off at the Uena Safari Zoo, only to be found five years later in the exact same spot he was last seen. It is unknown as to where the boy had been during this time. 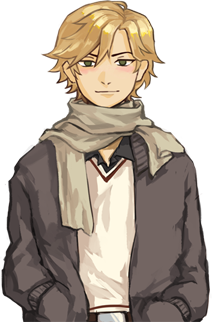 Information about Kaoru is currently unknown. 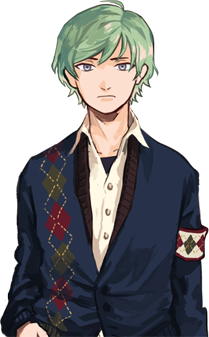 There’s no ‘I’ in ‘team’, but there is one in ‘Junji’! At least, that seems to be the motto of Junji players across the globe, and MAESTRO is no different. As the star DPS of the Tokyo Thunder, Japan’s professional Hoverbatch team, MAESTRO is the one tasked with turning the tide of battle. Whether he’s infiltrating the enemy’s back lines in order to pick off their healers or pulling out his Serpentblade in order to completely decimate the opposing team, MAESTRO possesses all the qualities of a pro Junji: sneaky, self-sufficient, and capable of getting the important picks. Insider information seems to suggest that the boy wants no part of his rising fame, as all fans who have attempted to interact with him have been met with silence, and rumors have begun to circulate regarding some ‘personal problems’ between MAESTRO and the rest of his teammates. Despite his chilly demeanor, however, one thing is for certain; when it comes to playing Junji, MAESTRO is in a league of his own. 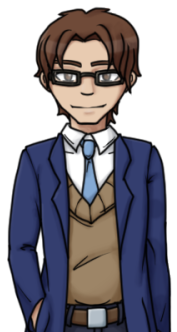 You probably wouldn’t know about Masato himself, but you must’ve heard of his father, Hiroyuki Matsuoka, at least. Hiroyuki is a judge well-known for his strong sense of justice and adamant support for the death penalty. That’s about it. When it comes to his son, however, there isn’t much to say about him. He’s a wealthy honors student with a clean record and an apparent hobby of studying case files and criminal behavior. That’s about it. No notable public achievements or events in his life. How underwhelming. The culprit of Chapter One, responsible for shooting and killing Natsumi Kibo. He is caught during the trial and executed by being dropped from a great height.

Information about Natsumi is currently unknown.

She is the victim of Chapter One, killed by ballistic trauma. 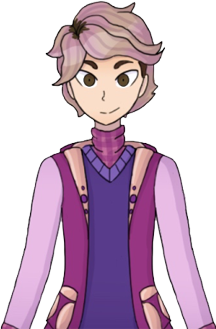 Yajiro Nobira is known publicly for being admitted onto the Japanese roster of the World Puzzle Championships of 2054 and 2055 at the age of 13 and 14, hosted in Sydney, Australia and Hong Kong, China. He won gold in both the Under 18 age division and the team event in both years, and became the youngest person to win a medal in the all age category in ’55, earning silver. Following an accusation of cheating, the World Puzzle Federation chose to conduct an investigation. While no traces of cheating were found, it was discovered that Nobira had not participated in any qualifying rounds before being let onto the Japanese team either year. It was ruled that his victories would not be revoked, but that it would be mandatory for him to pass qualifiers in the future before being admitted as a precautionary measure. However, he declined to complete the following year for unknown reasons. 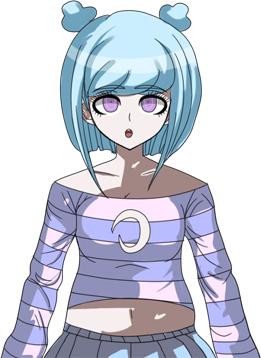 Yumemi Kozuki (born April 21st, 2041, aged 16) is a young Oneirologist from Anamizu in the Ishikawa prefecture, Japan. Studying under award winning Oenologist, Ayumu Akemi at Sumime Institute of Neurological Science. Yumemi is currently one of the youngest and most renowned Oenologists in Japan, having started researching since she was 13 years of age, immediately putting her in the spotlight as the youngest to actively conduct studies in the field. Yumemi has since then have been involved in various studies, both on herself and others, and important research into various sleep disorders and how the functions of the brain and dreams correlate with both mental illness, drugs and memory, to which she has brought great progress in findings for her field, notably having a skill in finding small details that would’ve been overlooked otherwise. Despite mental ill esses being what Yumemi seeming has both a focus and passion for, she is has been involved in various other research studies such as finding the direct purpose of why people experience both dreams and nightmares in nREM and REM sleep.