Here are the characters of Slap City. 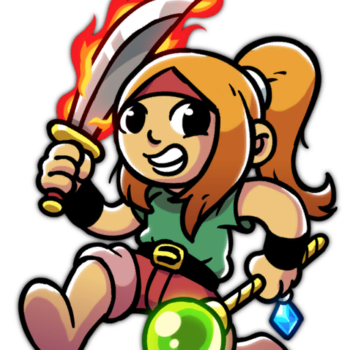 Having looted every island in sight, Ittle continues her search for adventure in Slap City. Though proficient in solving puzzles with her fists, she's equally good at solving people.

The protagonist of Ittle Dew. Moveset 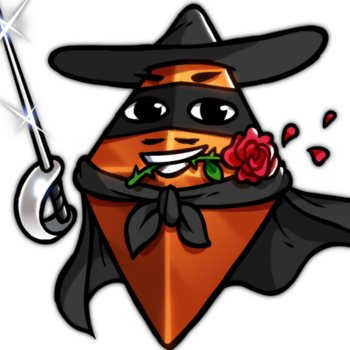 The mysterious Masked Ruby traveled to Slap City to attain the fame and fortune he clearly deserves. Unfortunately, he's quite forgettable.

He is a crystal, but he is also a swordsman.

He was one of bosses from Ittle Dew. Moveset

Magic Crystal, a minor NPC from Ittle Dew 2, appears as his second skin. 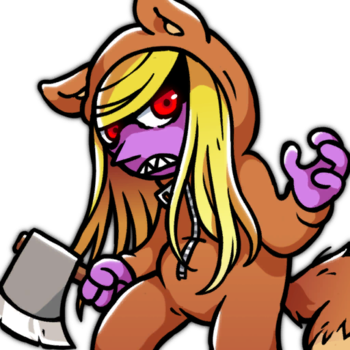 Jenny Fox went on a vacation to Slap City as part of her anger management. It seems to be working, as she manages to be angry all the time.

Jenny Fox is perpetually angry. She incorporates dual axes in her attacks.

She was one of mooks from Ittle Dew. Moveset 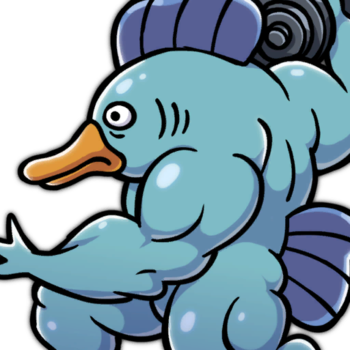 What? No, hold up. Are you kidding me? This can't be legal.

He is a Fishbun who underwent intense training, earning him a magnificent physique.

He was Bonus Boss of Ittle Dew. Moveset

Ultra Mechabun, also a Bonus Boss, but from Ittle Dew 2, appears as his third skin. 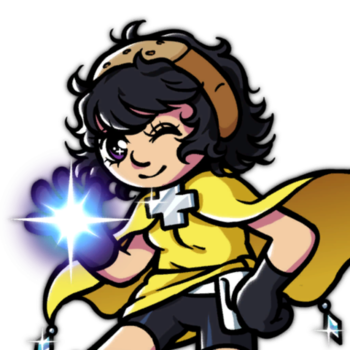 The healing princess of Saturn arrives in Slap City to heal the sick and knock some sense into the rest!

The protagonist of the Princess Remedy series. Moveset 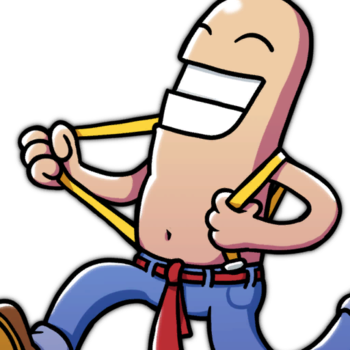 Every day is business casual day. Buy? Sell? Why not take a vacation instead?

A side character from several of Ludosity's games that looks like a sausage (more and more so which each incarnation), and conducts business in an obliviously destructive fashion.

Advertisement:
The Goddess of Explosions 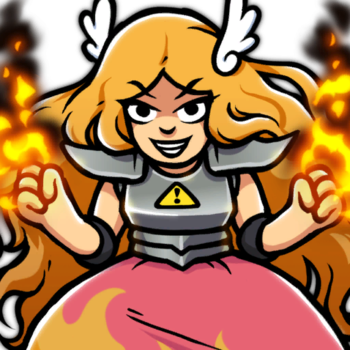 You know what this game needs? More explosions.

The mother of Princess Pitch. Moveset 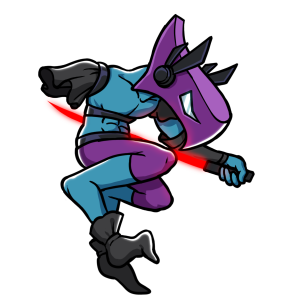 A lightning-fast Assassin in the Komato Imperial Army, Asha was quite literally bred for battle.

An assassin of the Komato Empire.

He was one of bosses from Iji. Landed in Slap City after a teleporter accident. Moveset

Ansaskie, another relatively major character from Iji, appears as his second skin.

Nuna, another classmate first introduced in Princess Remedy In A Heap Of Trouble, appears as her second skin.