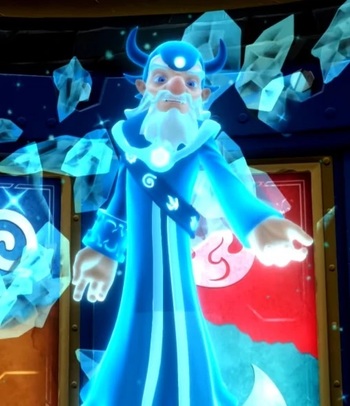 “Greetings, young Portal Master, I have been waiting for you. I am Eon, your guide in this world.”
Voiced by: Daniel Hagen
The leader of the Skylanders who was defeated by Kaos prior to the events of Spyro's Adventure. He nevertheless remains as a Spirit Advisor throughout the series.
Advertisement: 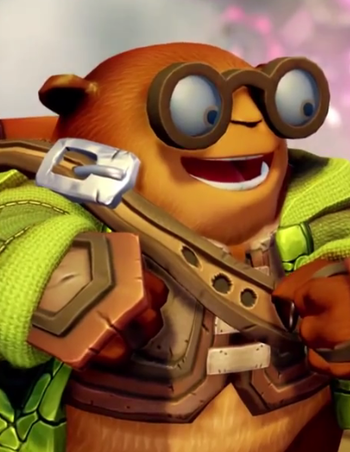 Voiced by: Michael Yurchak
Eon's assistant. With Eon indisposed, he's the one who researches the Core of Light, how to fix it, and where to find the parts. 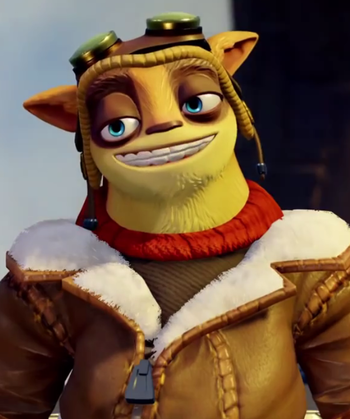 "BOOM!"
Voiced by: Patrick Warburton
The greatest pilot in all of Skylands, or so he claims. He uses these skills to assist the Skylanders, though he spends more time bragging about himself and hitting on Cali.
Flynn: ...your hair smells like strawberries.

I don't know, the whole thing seems kind of egotistical, to me. I mean, you don't see me walking around bragging about all the great things I've done. 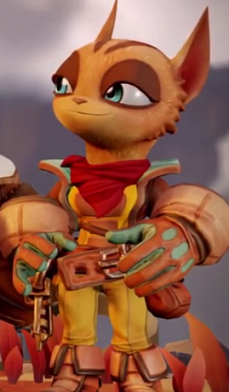 “So you're ready to try a Heroic Challenge huh? Well, let me warn you right off the bat, they're TOUGH. Like me. Want to give one a try?”
Voiced by: Sumalee Montano
A self-proclaimed tough girl. After being rescued by the Skylanders early in Spyro's Adventure, she takes on the role of their personal trainer, overseeing the Heroic Challenges. 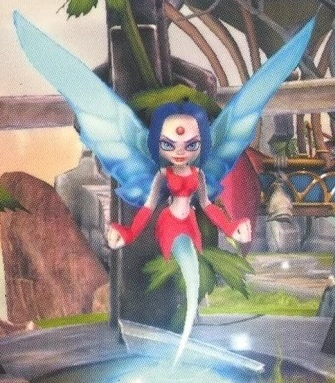 "Ready for another magical upgrade?"
Click here for her appearance in Superchargers 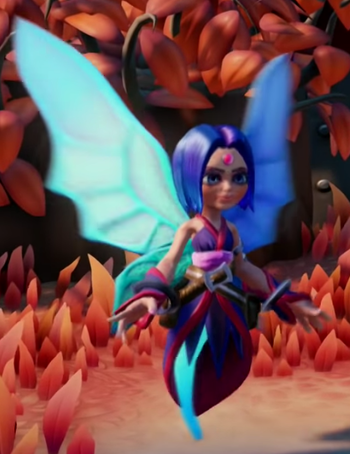 Voiced by: Laura Bailey
The fairy from whom you buy new abilities for your characters. 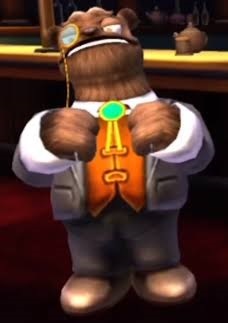 A bear who does business with the Skylanders. After making only a brief appearance in Spyro's Adventure, he tags along on the adventure in Giants in order to sell the Skylanders his wares.

An energetic and highly skilled resident of Woodburrow in the Cloudbreak Isles who assists the Skylanders in their efforts to safeguard the four elementals. 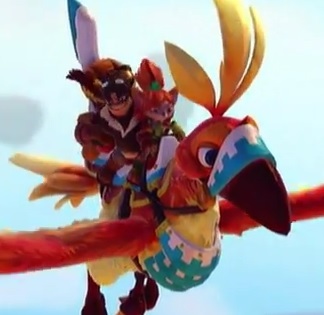 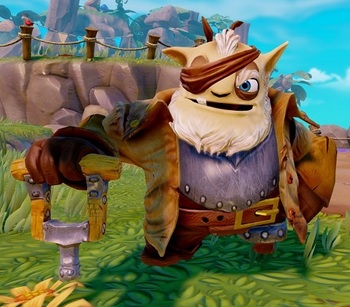 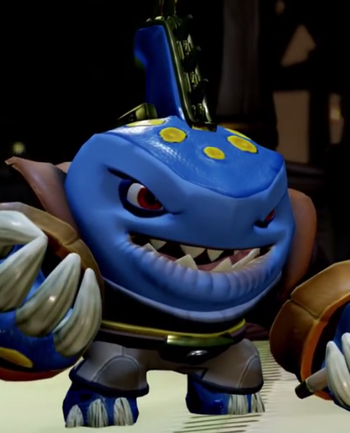 Voiced by: Dave B. Mitchell