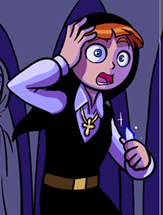 The protagonist of the story, a orphan who was left on the doorstep of the Sister of Mercy chapel, and raised by Sister Catharine. Though she tries to fit in with the other nuns, she feels horribly out of place. That all changes one particular night as she's using the can and gets an unexpected visitor. 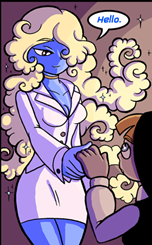 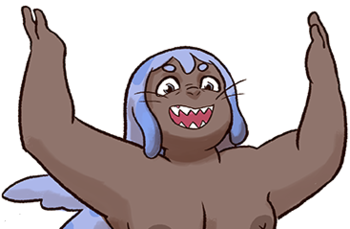 An angel who delivers the news to Claire that she will be the next mother of the holy one. Playful and supportive, she does her best to prepare her for the trials to come. 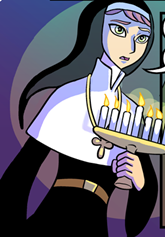 Claire's guardian and maternal figure. She was the one who found Claire and raise her, thus both have a deep attachment to one another even though she's allergic to cats and Claire constantly stays in contact with them. However it seem there are some secrets she been hiding from both Claire and the Sisters of Mercy that have recently been coming to light. Secrets that seem to be connected to Claire.
Grimm 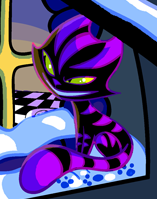 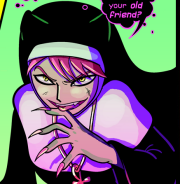 A.K.A Evil Cat. The malevolent-looking and cantankerous Cheshire-looking cat that seems to be stalking Claire. They attacked Catharine and possessed her body while she was performing a ritual, rampaging in an effort to protect Claire from Mercy's nuns. After separating from Catherine, Grimm mellows out and is revealed to be a partially-cleansed Shard that befriended Clementine, who they initially mistook Claire for.

A cat that Claire has taken in.

The abbey where Claire was raised, run by quirky bunch of nuns who specialize in various combat due to a majority being monsters hunters following the witch wars and having passed down their abilities to others. 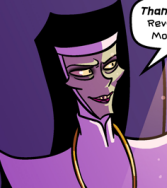 Click here to see her when her Energia's unblocked. 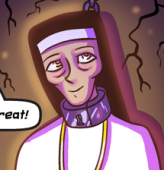 A very strict nun of the Sisters of Mercy. Enjoys punishing Claire for any minor offenses. 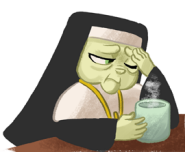 The head sister or "Mother Superior" of the Sisters of Mercy. A short, fairly rational minded elderly nun.

One of the teachers of the covenant. She's the one that trains Claire in the art of Nun-Fu.

Two twin sisters who've were at the abbey long before Claire joined. 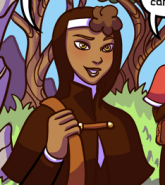 Another one of the Sisters of Mercy. She seems to be one of the most normal sisters among the bunch.

Another teacher and nun. Mentor and Parental figure to Rosalie and Marie.

A group of nuns that take their monster hunting a bit too seriously. Olga was a member with them before transferring to the Sisters of Mercy. 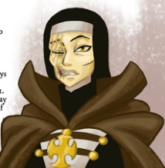 Leader of the Helsing nuns, known for being excessively violent in her pursuit of witchcraft.

Zrina
A Helsing nun introduced int he Missing Moment stories that was stationed at one of the outposts when her group encountered The Witch Queen as she started her pilgrimage across the land to cure shards.

The supposedly natural enemies within this comic's world. They were beaten back following a war but some are still out there in hiding. A few are neutral and just wish to live in peace, but of course there are others who either have a grudge against monster hunters (not without justification considering many of their homes were destroyed by them) or are still doing their evil practices. Later stories reveal however that this is how the nuns and a majority of the populace see them. Many witches were quite docile before the war, but even then were persecuted against due to fear of magic. If there are any truly evil witches, they've yet to appear in the story. 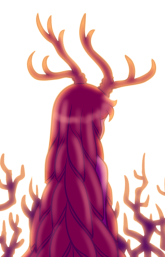 The leader of the witch faction during the rebellion, who was killed just before the end of the war. Her real name was Clementine; she was Catharine's younger sister, Gabrielle's beloved, is Claire's previous incarnation, and is connected to the pasts of just about everyone in the comic. 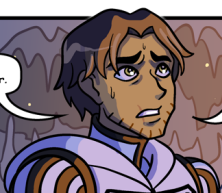 A seemingly normal bar worker that a few of the tracking Sisters of Mercy encounter. It turns out he's a Wolf Witch. 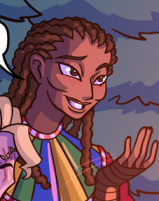 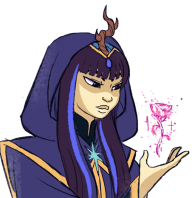 A witch introduced in a Missing Moments story and a former follower of the Witch Queen. She's the first one who noticed Rosalie and Marie's ability to use magic and attempted to take them away from the nuns.

A female bird witch who is also Hanabi's daughter.

A young bird witch who Marguerite was acquainted with in the past. Introduced in the Missing Moments stories. 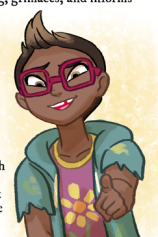 One of Magpie's flock. Shown to be interested in art.
Lark 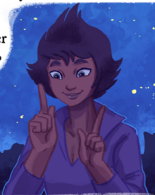 Another one of Magpie's flock. Is revealed to be deaf, but can communicate through sign language.
Lia
A bunny witch (or Bunwitch) Clementine and the bird witches meet in the woods.
Zora
A Weatherwitch and the mother of Jane Jackson.
Esperanza 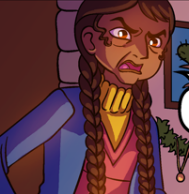 A healer that Claire's group and later Jackson's, come across. Also an aunt to Azi and Lupo.
Cog 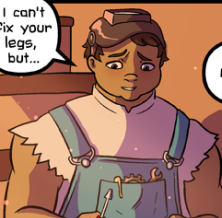 A hefty looking male that lives with Esperanza. Her grandson.

Characters that don't have any alignment with a group. Most of these are from the Missing Moment stories.
Sal 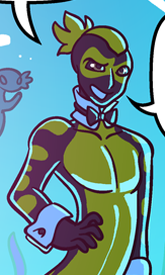 Gabrielle's friend, a lizard merman. They seem to have some history together. 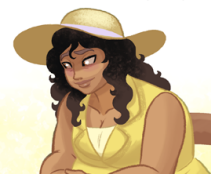 Oscar's caretaker during her childhood days. 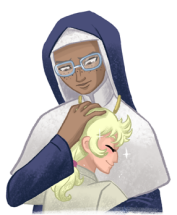 One of the local nuns around Thronum Mare. Friendly with Oscar when she was a kid. 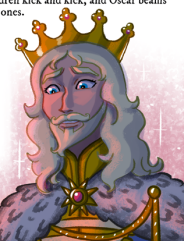 The king of Thronum Mare in the past.
Queen Sylvia 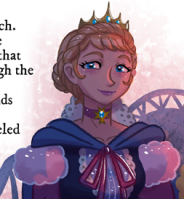 The queen of Thronum Mare in the past. 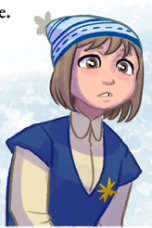 A friend of Oscar's during her childhood days.

Kikuko
A kitsune that the Helsings managed to capture.