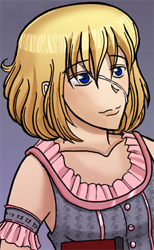 Could I maybe get a new nickname?

Anna Enfield is the Jekyll-Child and a relatively normal young woman, if not a little shy. From a very early age she was able to see her Hyde counterpart as an intangible force who could possess her body in moments of stress and weakness. She was raised under the psychiatric care of her cousin, Paul Enfield. After many years of tender care and relative normalacy she discovered that Paul was a Lineage Child and had been able to see Susan the entire time. In retaliation for this Susan murdered their beloved cousin and Anna was committed for the crime after scarring her face. Since the incident she has been docile, submissive and ready to be bossed about by Susan. 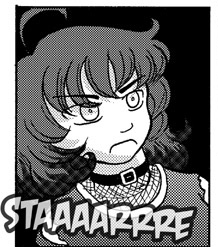 They're looking at you, Baggage.

Susan Enfield is the Hyde-Child and the unlucky one in the body share as she has to seize control in order to interact with the world outside of Lineage Haven. Susan is free from inhibition, is boisterious and rude. She is also very emotional and petty, often acting on pure impulse without stopping to check by her brain first. She is cruel towards Anna and refers to her constantly as "baggage" and is directly responsible for the murder of Paul Enfield. 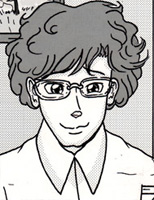 It's as true as Holmes and Watson, Anna!

Cousin to Anna/Susan and a Lineage Child. He was the first therapist to make any progress with Anna's condition and he achieved this by treating Susan like a real person. He was somehow involved in the destruction of Lineage Haven US and carried with him a briefcase of extreme importance. In the aftermath he revealed that he was always able to see Susan and had never told her. He was killed in retaliation. 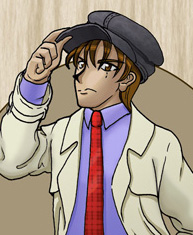 Emile is the Javert-Child. A Romanian child born in France to extreme racism. He is very out-spoken about his views on justice and will not hesitate to attack a teenage woman if she deserves it. He also has a very flexible definition of "deserves it". He was in America when their Lineage Haven was destroyed and encountered the girls on the boat ride back to London. He carries a SIG Sauer and his Sire given abilities make him an excellent marksman. Ironically he is very disparaging towards religion while holding law up to the standards of fanatic belief.

May Leif return to his book, now?

Leif is the Erik-Child and shares his Sire's artistic genius and hideous body deformaties. He does not seem to be very happy with what The Binding has granted him and tends to keep himself distanced from the rest of Lineage Haven. He is often seen hiding behind a book and giving longing stares towards Canta. 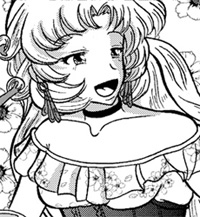 But I worked so hard on it! I made it myself.

Team Mom of Lineage Haven. As her character sheet

details, she is a top-notch chef and the self-proclaimed big sister of anyone who steps in to the haven. She is in charge of chores at the haven and has a large distaste for Riley.

The Jeeves-Child and leader of the UK branch of Lineage Haven. She retains her sire's competence and calm demenour and uses it to effectively run the haven.

The Griffin-Child. Riley is a trickster who enjoys playing a game with his/her fellow Lineage Children. S/he will not allow anyone to know his/her true gender. S/he has been shown to be irresponsible in ignoring chores and not showing up to lectures. Riley is always invisible and enjoys scaring new members of the haven.

A mute girl who communicates via sign-language. She first appeared in chapter 4. Leif always has an eye on her.

An unknown person who stole the contents of Paul's briefcase during chapter 2. He left a very well-written letter mocking the girls and thanking them for the mysterious contents.

Thank you very much, Binding