A team of heroic Space Police who defend the Limbo Galaxy from Mon*Star and his mob.

Tropes associated with all the SilverHawks:

These are the Silverhawks who were introduced at the beginning of the series. 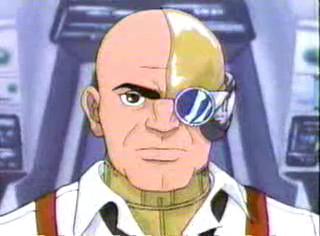 The man who issues the orders to the Silverhawks. He's also the cop who originally captured Mon*Star. 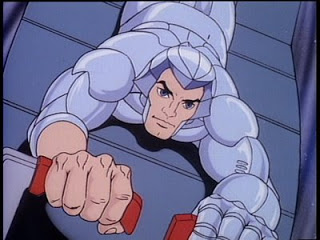 The field leader of the Silverhawks. 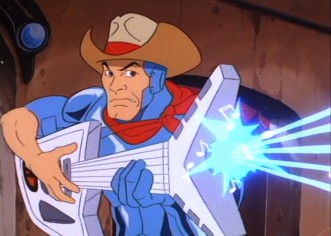 The Silverhawks' pilot, and the only one among them who doesn't have wing attachments or a built-in weapon, instead relying on his guitar to shoot musical beams. 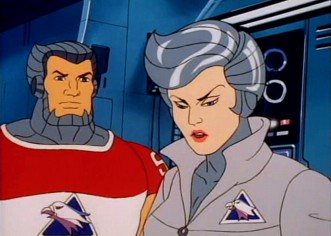 A brother and sister team of heroes who join the Silverhawks.

Tropes associated with Steelheart and Steelwill: 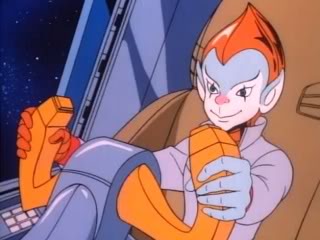 The Silverhawks' alien member. He communicates by taking high-pitched noises instead of speaking.

Tropes associated with The Copper Kidd:

These are Sixth Ranger Silverhawks who were introduced midway through the series, after the original team had been established. None of them appear in the Title Sequence. 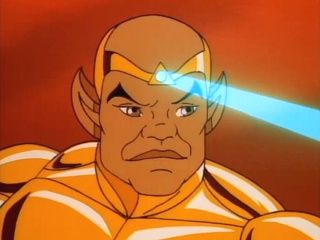 A professional magician and illusionist with a Power Crystal embedded in his forehead instead of lasers in his shoulders. He uses his abilities to confuse and misdirect Mon*Star's gang. 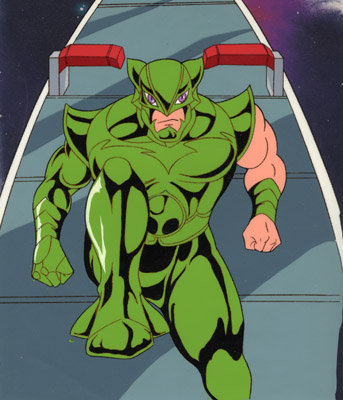 A Silverhawk from (even farther in) The Future who occasionally travels back in time to save the main cast. In his first appearance, the other Silverhawks don't recognize him, so they treat him as an enemy. In later appearances, he's joined the team with no explanation. 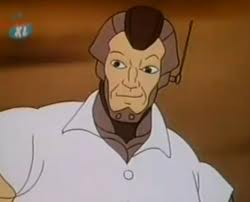 Condor is a retired Silverhawk who's working as a private eye when his old friend Stargazer calls him back to active duty. His tech is outmoded, but his experience makes up for it. 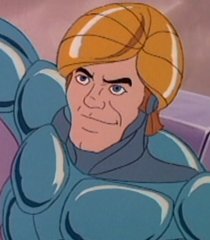 Moonstryker is a cocky young Silverhawk whose technology is a little more advanced than his teammates'. He uses a spinning turbine attached to his waist to fly. 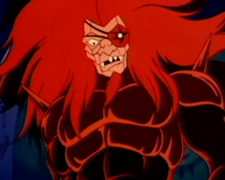 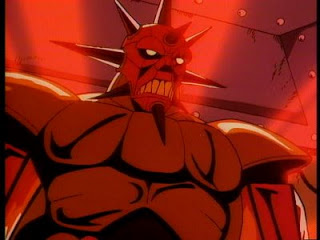 The leader of the mob, and Arch-Enemy of the Silverhawks and of Commander Stargazer in particular. 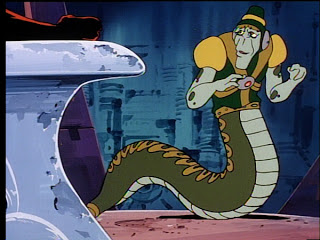 Mon*Star's personal assistant, who activates the machinery for his boss's transformations with the Moonstar of Limbo. 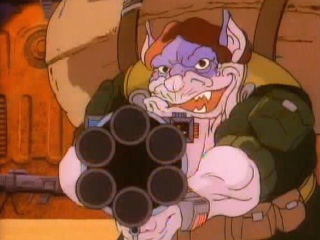 The Mob's weapons specialist. Shrewd and competent in addition to his skills at building - and using - weapons. 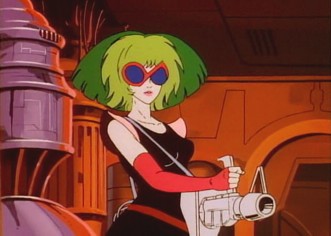 The only female member of the Mob, she uses her trademark keytar weapon to create devastating shockwaves. 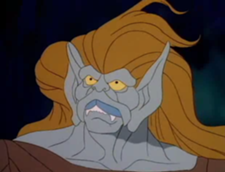 A member of the Mob who uses a magical tuning fork to create devastating weather effects, usually lightning or tornadoes. 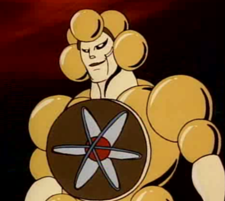 The Mob's resident master of disguise and infiltration expert. 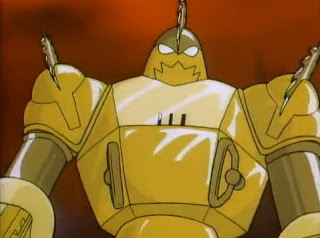 A sentient robotic member of the Mob, outfitted with numerous saw-blades. 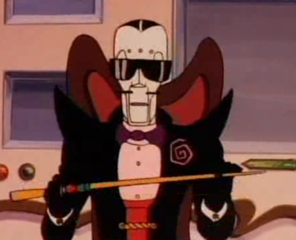 The Mob's money-man, he runs the Starship Casino on their behalf. 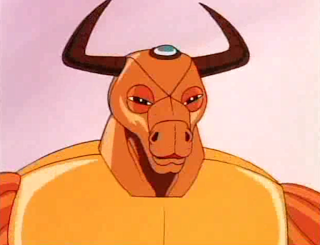 The Mob's resident strong-man with the head of a bull. 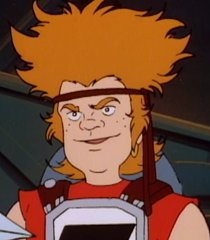 The youngest member of the Mob at age 14, he has the ability to stop time for one Limbo-minute. 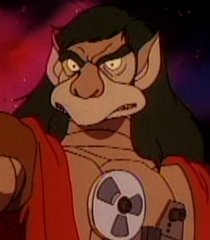 An unsavory character who worked with the mob on occasion. Zero could drain memories of both living beings and computers which would be stored on tapes worn on his chest.