The cast of Shut Hell and associated tropes. Beware of unmarked spoilers.

Shut Hell, "The Evil One" 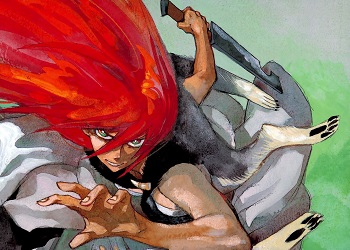 The title character and protagonist of the story. Once a common rank-and-file soldier in the Tangut army by the nickname of “Little Sparrow”, the loss of her fortress and all her comrades at the hands of Mongol forces traumatizes her and transforms her into a tenacious, brutal warrior. Desiring nothing more than the deaths of those who wronged her, she roams the land, killing Mongol forces wherever she goes, and becomes known as Shut Hell.

While looking for the commander of the forces that attacked her fortress, Harabal, she meets Yurul. Knowing that she can use him as a lure to attract Harabal, the two begin traveling together, and slowly become closer than either could expect.

After the events that lead to her death by hanging, her role in the narrative takes a step back, with her consciousness coming out of her body only occasionally to kill Mongols. Her consciousness returns in full after she fights Harabal once again. Thereafter, she and Sudou take turns sharing her body as the story progresses. 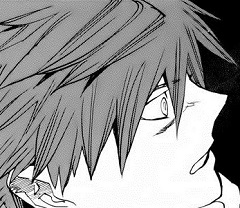 An ordinary high-school student in modern-day Japan, and either Shut Hell’s reincarnation or her descendant (it’s unclear). After having dreams of Shut Hell’s life and being approached by Suzuki, his mind is mystically transported backwards in time to Shut Hell’s hanged body.

Though he starts out as the audience’s viewpoint to the story’s events, after recalling the events that led to Shut Hell’s hanging, his mind briefly returns to the modern-day, where he realizes that if he doesn’t ‘return’ to the past and protect Yurul in Shut Hell’s body, Suzuki and the Tangut language might disappear from the present. 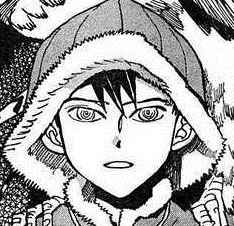 The story’s Deuteragonist, Yurul was raised as the younger son of the leader of the Tsog tribe, which is under Mongol control, but is secretly a son of the Khan. As such, he was groomed from an early age to be a scholar, with the hopes that one day he could be used as a bargaining chip to improve the Tsog’s power.

Fascinated with the words and cultures of the enemies his tribe stamps on as they advance, and hating the violence and brutality of the plains, Yurul decides to run away from his home, determined to save as much culture as he can from the Tangut, even a bit. Helped by Boldo, he discovers an immense treasure hidden by his adoptive mother - nine slabs of jade engraved with Tangut letters, known as the “Voice of Jade”. Setting out to deliver them to safety, he meets Shut Hell, and finds his destiny intertwined with hers. 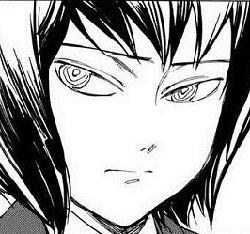 Yurul’s reincarnation or descendant (as with Sudou, it’s unclear). Unlike Sudou, her role in the story is mostly minimal. 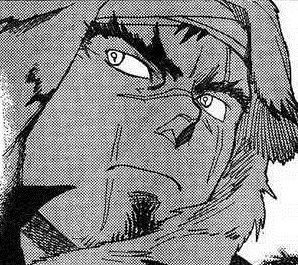 Yurul’s older brother, the son of the Tsog tribe’s leader. An incredibly powerful and ruthless warrior who fights for the Mongols, he is known as "Melgen (God’s Arrow General)", for his great skill with the bow. A commander of great renown within the Mongols, he is the one that butchers the forces of the fortress occupied by Little Sparrow, and unknowingly starts her rampage.

He spends the majority of the story pursuing Yurul after he runs away from home. 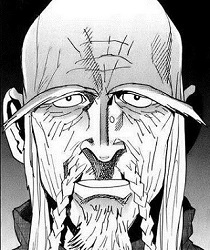 An old Tangut servant that accompanied Ifa, Harabal’s mother, to the Tsog tribe. Charged with protecting the Voice of Jade, he reveals its existence to Yurul as he tries to leave his tribe, and accompanies him on his journey. 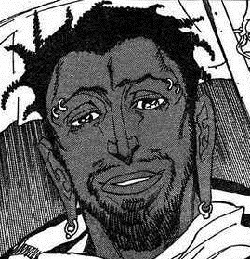 A shady and amoral merchant that takes on jobs nobody else does. Out of fascination for Shut Hell, he arranges circumstances to that she and Yurul meet, leading to them traveling together, along with him. 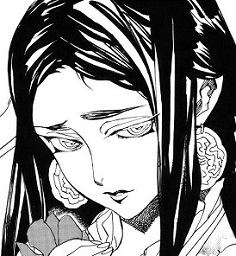 A Tangut woman, daughter of an official of the Academy at Khar Khot. She is mother of Harabal (biological) and Yurul (adoptive). 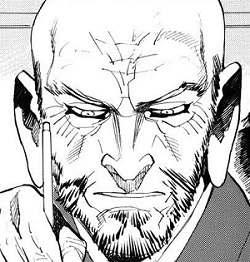 The father of Ifa, and a high official of the Academy of Khar Khot. He was the one responsible for hatching the plan of hiding the Voice of Jade within the Tsog tribe. 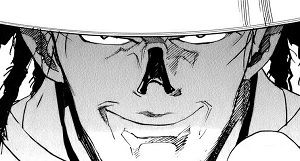 A Mongol general from a family that has been a vassal of the Khan for a long time. A powerful and ruthless warrior. 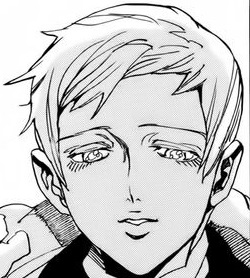 A strange and pretty European woman dressed as a nun, who serves as an important messenger and adviser to the Khan. Cold and calculating, she leads the search for the Voice of Jade after Shut Hell’s revival. 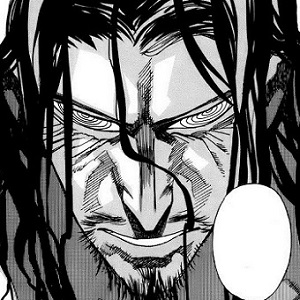 Genghis Khan himself, the ruthless leader of all Mongol tribes and conqueror of everything that gets in the way of his forces. A distant presence in the narrative, he still manages to be the main antagonist for the story, as his forces advance swiftly over the lands, impeding the protagonists. Specific for the story, he seems to bear a particular hatred towards Tangut script.