Main Character Index | Main Characters | Allies | Antagonists
This page is centered on the primary characters of the Shrek franchise. 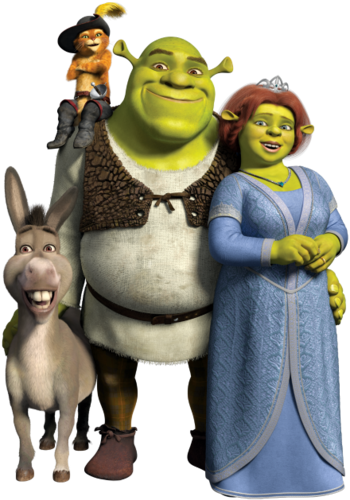 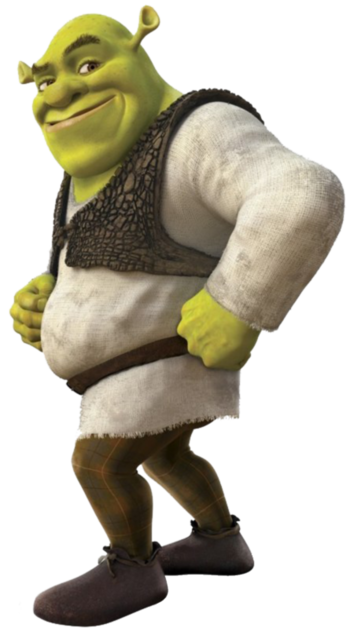 "Now ogres, they're much worse [than giants]. They'll make a suit from your freshly peeled skin; they'll shave your liver; squeeze the jelly from your eyes! Actually, it’s quite good on toast."
Click here 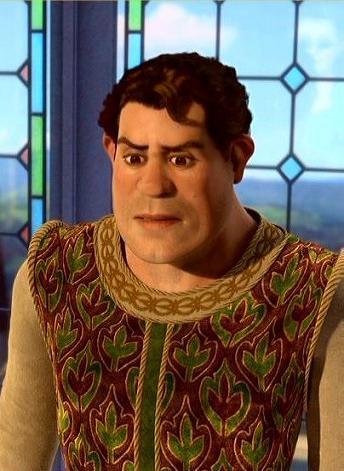 A grumpy and gross but lovable ogre who lives alone in a swamp, at least, initially, as he finds to his utter displeasure Fairytale creatures are dumped into his land by Lord Farquaad to keep them away. He initially starts off with resentment towards everyone, but as he journeys on, he becomes way more sociable and open. 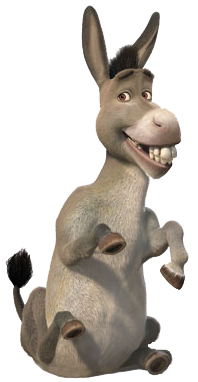 "We can stay up late, swapping manly stories, and in the morning, I'm making waffles!"
Click here 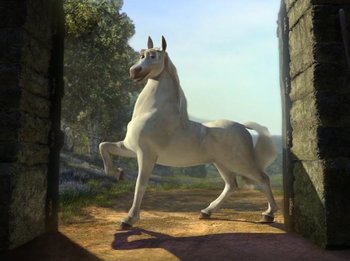 Donkey is a miniature talking donkey who is not too bright. He is Shrek's annoying but good-hearted best friend, Dragon's husband and father of the Dronkeys.

"By night one way, by day another, this shall be the norm. Until you find true love's first kiss, then take love's true form."
Click here

Princess Fiona is the princess of Far Far Away, the daughter of King Harold and Queen Lillian, and Shrek's wife from the end of the first film on. She begins the series as a beautiful princess who transforms into an ogress every night when the sun sets. At the end of the first film, the transforming spell is broken and she permanently takes the form of an ogress when she realizes that Shrek is her true love. 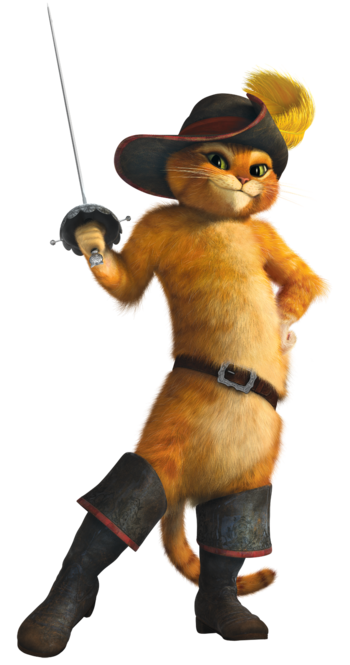 Puss in Boots is Shrek's sidekick. Loosely based on the fairytale character Puss in Boots as well as being a kind of parody of Zorro, he is a smooth-talking cat with a Spanish accent, usually wearing a cavalier's hat, a belt with a sword, a small black cape, and small Corinthian boots. Puss first appears as a main character in Shrek 2. He often overpowers his enemies by distracting them with his "cute kitten" looks. He also exhibits common cat behavior such as coughing up hairballs and chasing spotlights, usually resulting in his defeat or capture.