Characters / She-Ra and the Princesses of Power ⁠ The Rebellion

The heroes of the series. A resistance force dedicated to freeing Etheria from the Horde, led by Queen Angella and the forces of Bright Moon.
General 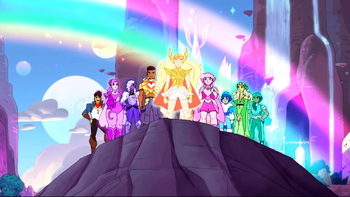 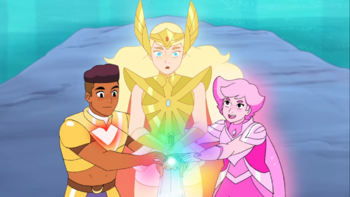 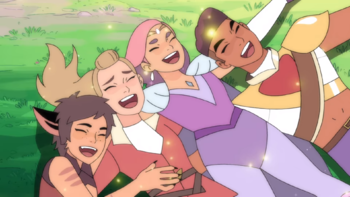 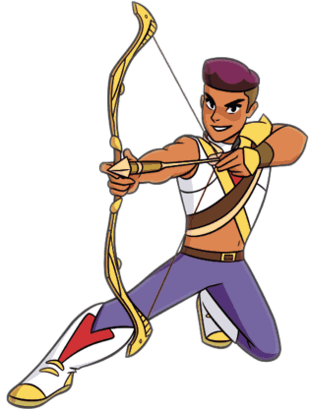 "You say you're just ordinary people? I say you're warriors of The Rebellion!"

Bow is a highly-skilled archer and the Rebellion’s resident tech master. Driven by loyalty, Bow is dedicated to doing what’s right and will do everything he can to protect his friends in dangerous situations. Even complete strangers can count on him to stand up for what’s right.

A group of magical princesses who lead the Rebellion and are founded by Adora and Glimmer.
General
Perfuma 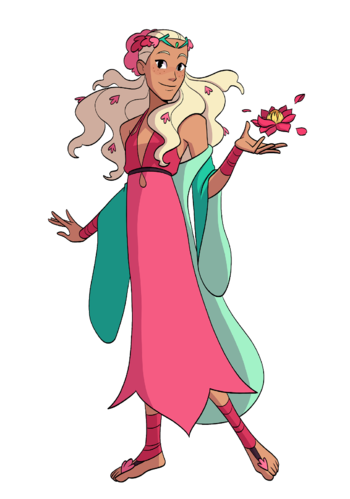 Though she is a peace-loving pacifist, Perfuma possesses a surprisingly strong core. She believes that the universe will reward good and punish evil in kind. Still, if it takes a little too long, she isn't afraid to take matters into her own hands. 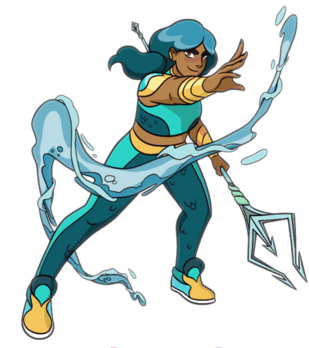 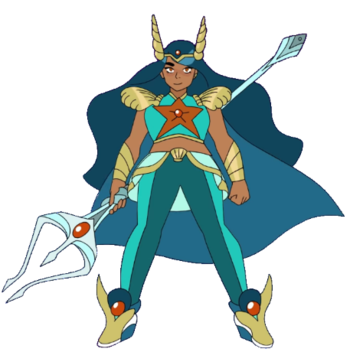 "I practice at HOME!"

Mermista is the "cool girl" princess who can come off as blunt and is unimpressed by everyone. Her judgments are delivered flatly and she is not known to mince words. Even though she does have a soft side, it can be hard for her to express her true feelings.

Frosta, Princess of the Kingdom of Snows 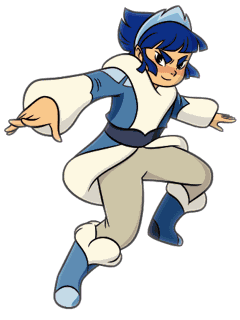 "I didn't join the Princess Alliance just to fight. I joined to save people. And the Horde, even after everything they did... they're people, just like us."

At 11 (and three quarters) years old, Frosta is the youngest princess in the Alliance. Not only is her kingdom one of the most powerful of the kingdoms in Etheria, but her ice and snow powers make her an essential member of the Rebellion. Even though she is new to the throne, she’s a stickler for the rules and is very particular about how she likes things to get done. 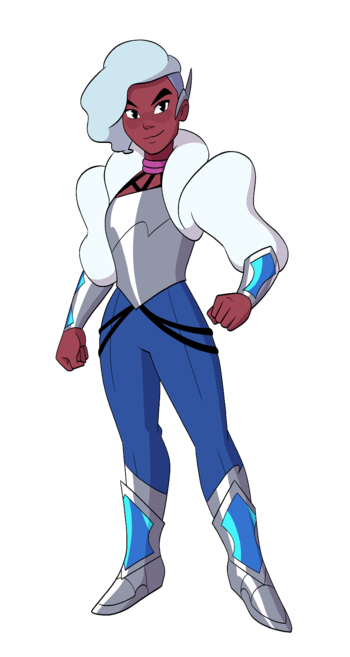 Netossa was a member of the original Princess Alliance and remains loyal to its cause. She is tough and smug about her ability to conjure powerful nets out of energy. Netossa is also closely bonded to Spinnerella — the two are inseparable. 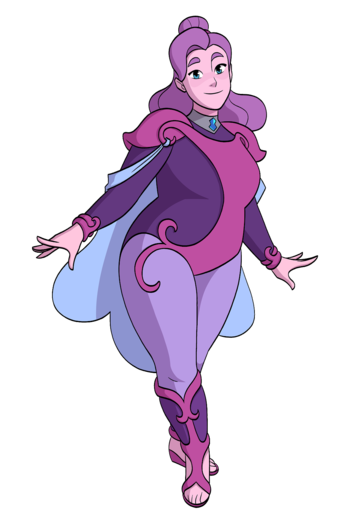 Spinnerella is not tied to a specific kingdom, but she’s always been a staunch ally for the Rebellion. By spinning, she can create cyclones of wind to blow the enemy away. She usually has a kind, loving nature, but she can go from gentle breeze to mighty storm in a heartbeat. 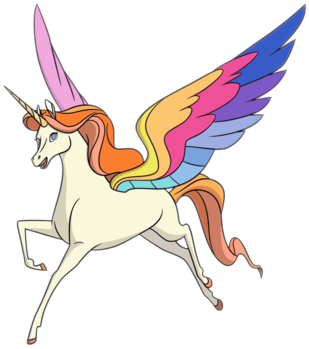 Swift Wind used to be an ordinary horse until Adora accidentally bestows him with incredible speed, flight, and the power of speech! With his newfound abilities, Swift Wind becomes She-Ra's noble steed and an outspoken member of the Rebellion.

"I've had the ability to form complex thoughts for, like, a week, and even I know you can't help anyone by hiding."
Sea Hawk 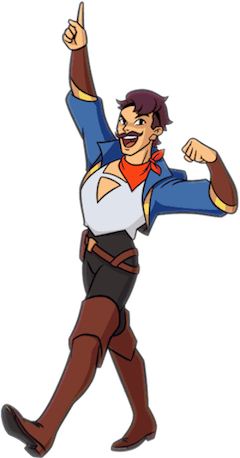 "The fact that I kept setting my boats on fire was seen as charming."

An adventurous and boisterous sea captain. He likes Mermista and seeks to impress people with his feats. 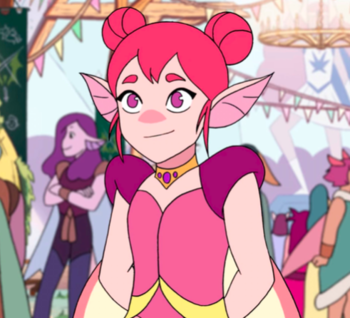 A cute, sweet Naïve Newcomer who adores the Rebellion and begs to join in for herself. Except that none of that's true, not even the pronouns...
Queen Angella 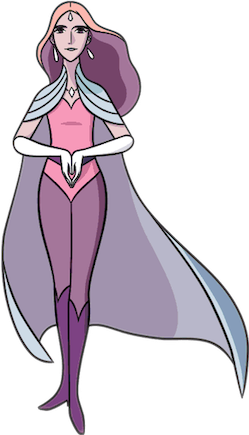 "Take care of each other."

Queen Angella is the immortal queen of Bright Moon and the leader of the Rebellion. Still emotionally shaken by the death of her husband and jaded by the Rebellion's past failures, Queen Angella has become incredibly protective of her daughter Glimmer, which often causes tension in their relationship. 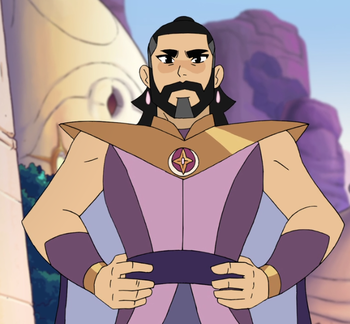 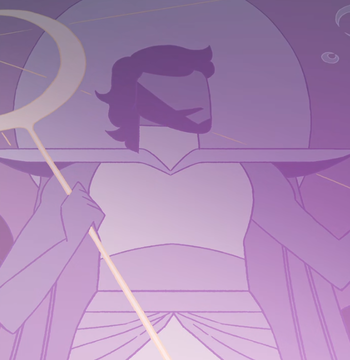 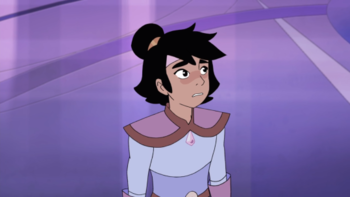 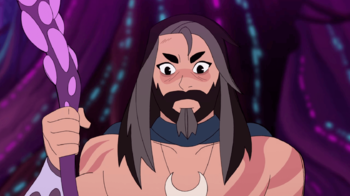 Angella: King Micah. My Husband. He built the Rebellion with me, and he was one of the first casualties of the Horde.

The husband of Angella, father of Glimmer, and king of Bright Moon. He was a warrior monarch like his wife and a powerful spellcaster who studied in Mystacor under Shadow Weaver (known as Light Spinner at the time) during his youth. He had disappeared in battle and was presumed dead before the events of the show. In Season 4 he is discovered alive, having been trapped on Beast Island for many years. He is rescued and rejoins the Rebellion.

Glimmer's paternal aunt and Micah's younger sister, a sorceress who lives in the floating island of Mystacor. 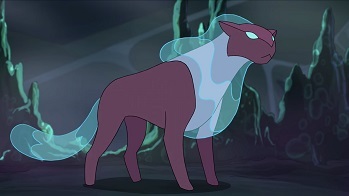 A magical creature the Best Friend Squad found on the planet Krytis. Often taking the form of a large cat, Melog is the last of its kind after First Ones mined most of the magic from the planet. 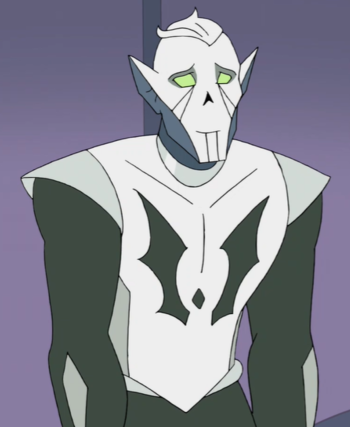 During the heroes' daring rescue of Catra from Horde Prime's mothership, one of his clones was disconnected from the Hive Mind and tagged along with the group. Entrapta initially mistakes him for Hordak, leading to him being affectionately nicknamed "Wrong Hordak". As he spent time adventuring with the Best Friends Squad, Wrong Hordak grew increasingly disillusioned with the Galactic Horde, ultimately discovering his own personality and defecting to the Rebellion.