In addition to the Marvel Family, Fawcett City is home to various other heroes, mostly drawn from DC's acquisitions from Fawcett Comics. 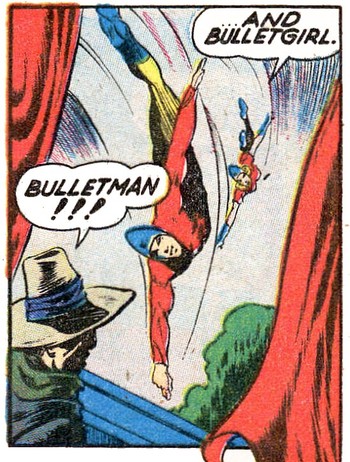 Ibis the Invincible
AKA: Amentep 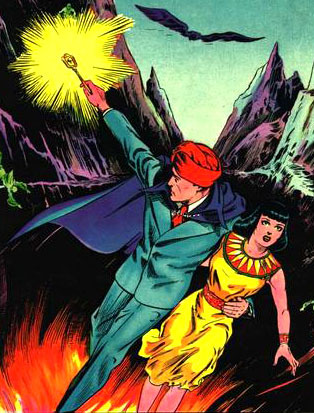 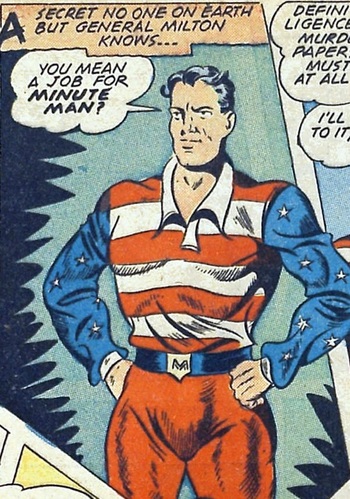 Mister Scarlet and Pinky the Whiz Kid
AKA: Brian and Pinkerton Butler 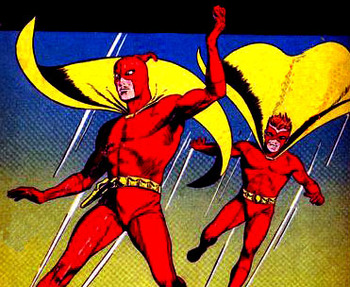 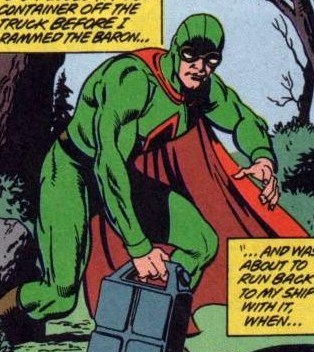 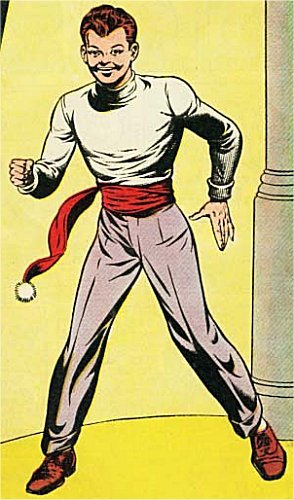 A boy who died before his time, and was given the ability to return to Earth (with his guardian, Mr. Keeper, the angel who messed up the books) and summon historical, legendary, and mythical figures to aid him by saying the word "Eternity!"

The Squadron of Justice 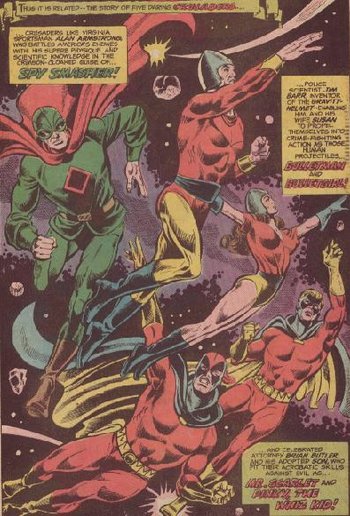 A team of super-heroes brought together by the god Mercury, the informally-named Squadron of Justicenote they were only called by this name on one cover was the Earth-S counterpart to Earth-1's Justice League and Earth-2's Justice Society. Comprised of Captain Marvel, the Lieutenant Marvels, Bulletman, Bulletgirl, Ibis, Mister Scarlet, and Pinky, they came together to rescue Shazam from the clutches of King Kull. They won the day with the aid of the JLA and JSA. The Squadron of Justice does not exist post-Crisis. 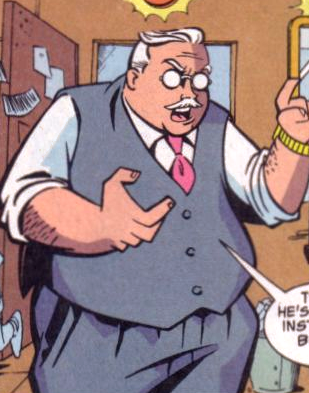 Sterling Morris is the owner of WHIZ Radio in Fawcett City in the original and current continuities, and the owner of SNN and WHIZ TV in the Earth-5 continuity. As such, he's Billy Batson's boss.

Helen Fidelity is a reporter for SNN and WHIZ TV, who meets and befriends Captain Marvel, Billy, and their friends during Mr. Mind's invasion in The Monster Society of Evil, and appears in the Sequel Series, Billy Batson and the Magic of Shazam. 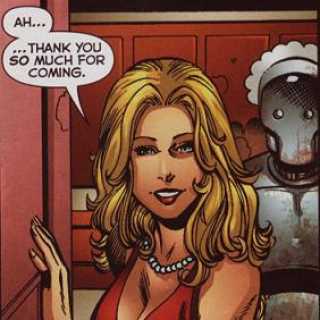 The ex-wife of Dr. Sivana and mother of his children, Magnificus and Beautia.

"Just call me 'Tia. Otherwise you're just stating the obvious." 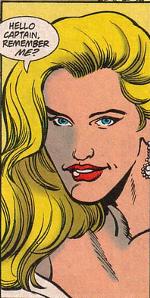 The oldest daughter of Dr. Sivana, Beautia is stunningly pretty, and exceptionally pleasant, if vain. Initially willing to work for her father, she quickly turned on him, becoming an ally and friend of the Marvel Family during the Golden Age. In the Dark Age and Modern Age, we only meet her after her Heel–Face Turn. In both continuities, she has a serious crush on Captain Marvel. 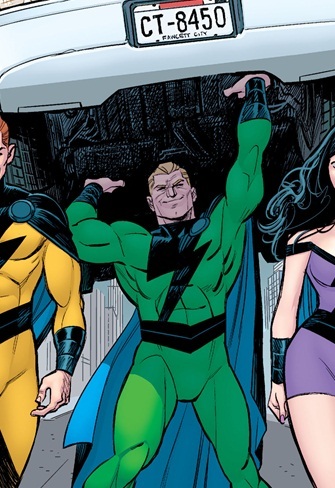 Dr. Sivana's oldest son, Magnificus possessed Super Strength during the Golden Age, and briefly worked for his father, before performing a Heel–Face Turn and siding with Captain Marvel. In the Post-Crisis verse we only meet him post-Heel–Face Turn, without any powers, and working as an astronaut. 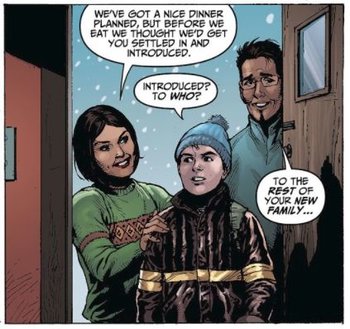 Introduced in the New 52 as Billy's new foster parents and the foster/adoptive parents of the rest of the kids.