Characters / Shadow of the Tomb Raider

A local Peruvian mechanic who owns the inn Lara and Jonah stumble into after their escape from the Peruvian jungle. She ends up joining them in their quest to find the hidden city of Paititi and stop the Mayan Apocalypse. She also quickly takes a romantic interest in Jonah.

Paititi in general
The legendary last Mayan city, hidden from the world for several hundred years since the fall of the Mayan civilization.
Unuratu

The deposed Queen of Paititi, who now leads a secret rebellion against Paititi's current ruler, Amaru ( a.k.a. Dr. Dominguez).
Etzli

Queen Unuratu's young son and the rightful heir to the throne of Paititi.
Advertisement:

The Yaaxil in general
A group of animalistic parahumans who dwell in the dark depths of Paititi and who seem to protect the city from interlopers; they appear similar to the Stormguard and Deathless of the earlier games.
The Crimson Fire

The leader of the Yaaxil, who has seemingly modeled herself on the Mayan goddess Chak Chel.
Advertisement:

Trinity in general
An ancient religious order that pre-dates the birth of Christ, Trinity's current incarnation is an incredibly well-funded and influential paramilitary organization with strong ties to the Vatican whose goal is to exploit supernatural powers in order to cleanse the world and reshape it in their image. After coming into conflict with them in Rise of the Tomb Raider, Lara has dedicated her life to bringing them down.
Dominguez 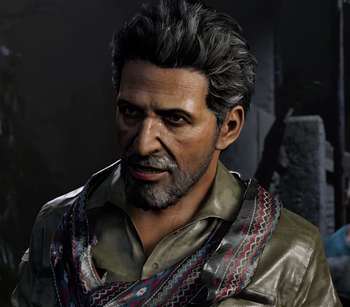 An archeologist whose specializes in pre-Colombian Mayan civilization, he is actually the leader of Trinity and thus the main antagonist of the game as well as of the trilogy as a whole. His true identity is Amaru, the ruler of the secret Mayan city of Paititi.
Rourke 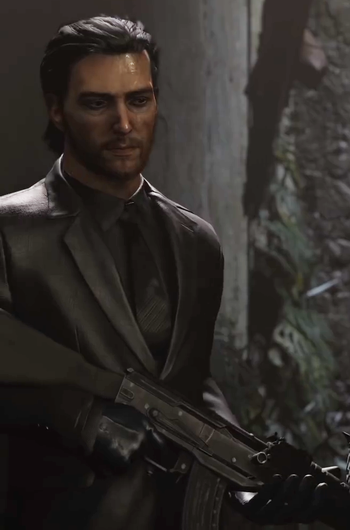 Rourke is the commander of Trinity's military and Dr. Dominguez's right hand man.