Aisha is one of the two continents of Gaia world. Aisha takes inspiration from Asia (hence the name). Aisha is made up of territories which form one single continent much like an empire. Pascal was the emperor of Aisha in season 1. Rin took over as regent from season 2 to 3 and finally empress in season 4. 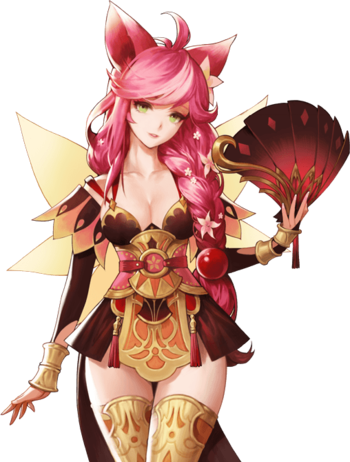 Daisy
Daisy is Ace's older sister and leader of the Lunar Guardians. She gets affected with the curse of destruction from Kagura in season 2 but is cured in season 4 thanks to Lu Bu. 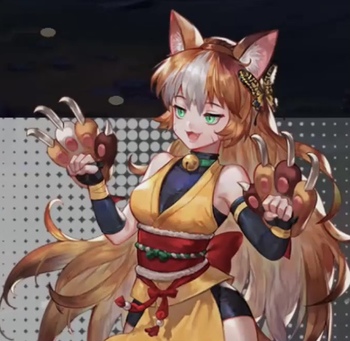 Catty
A feral girl raised by wild cats. She once caught a hamster but then let him go. 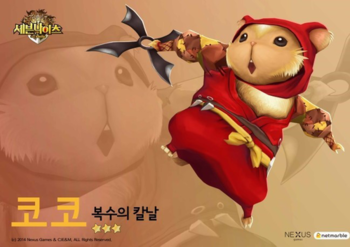 Coco
A ninja hamster who is the constant victim of wild cats. He is weaker than his siblings. 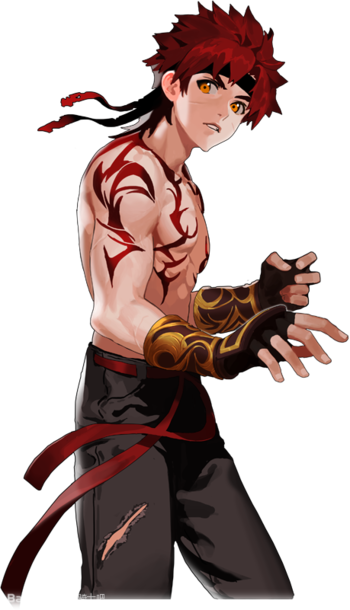 Jin
Jin is a wandering martial artist who's always looking for worthy opponents in Aisha. 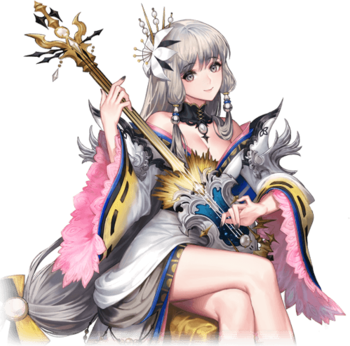 Lina Awakened
She's a descendant of the legendary Yin-Yang master, Cheong Myung, she's also a talented musical player. When awakened she's part of the White Wolf group and joins Evan in his quest to save Karin. 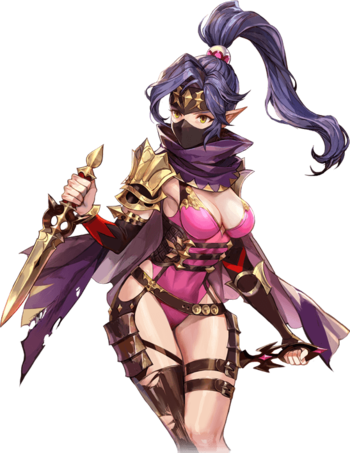 Rei
A member of the Lunar Guardians working under Daisy. A very loyal protector of Ace.
Western Empire 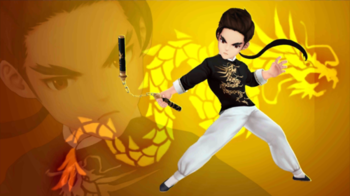 Bai Long Screen
He's a former member of the Auric Nation where Jin and Li come from. He left because the teachings were too strict for him. 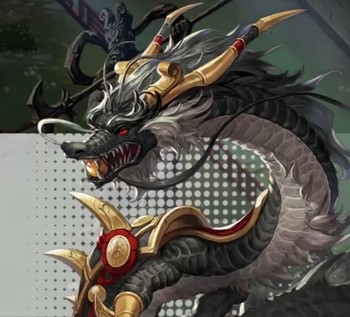 Dragon
A former serpent who became a dragon after receiving a dragon orb due to years of meditation. He can control the ocean but guards the river. 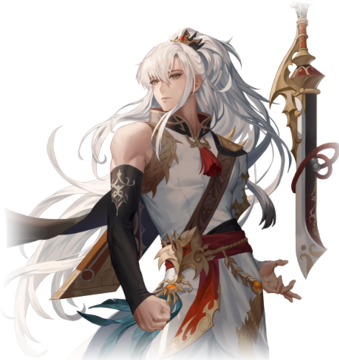 Awakened Feng Yan
A skillful sword fighter from Aisha continent. Feng Yan learned how to use multiple swords under the teachings of Soi's father. He also joins the White Wolf to help Evan in season 2. 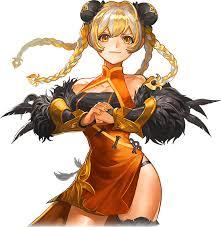 Ling Ling
A young girl who was born in a weak condition. She managed to survive and train at a dojo to improve her strength. She is the daughter of the boss from a tavern in Aisha. She is the step sister of Ming Ming. 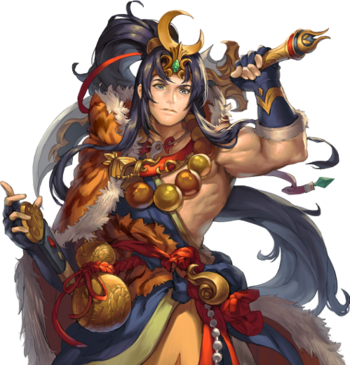 Mao Song
A man from Aisha who became popular thanks to slaying a tiger. 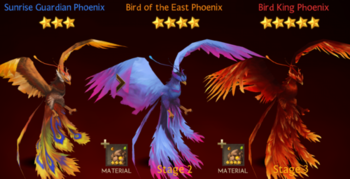 Phoenix Rank Up Screen
The phoenix guardian of the dawn and protector of the East. Her bird calls sound like a bamboo flute. 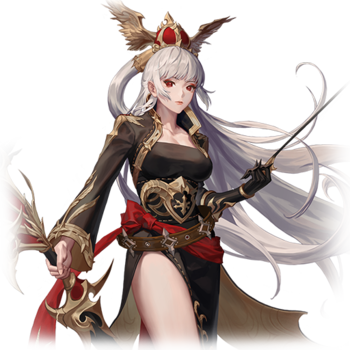 Awakened Soi
A woman of the nobility who's father taught her how to hunt with hawks. She's close to Feng Yan and in season 2 awakens to join the white wolf alongside him. 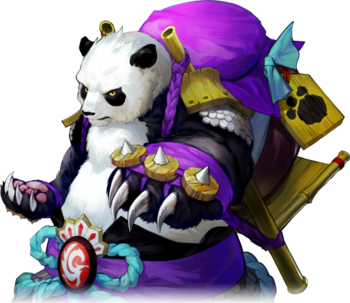 Tsing Tao
A talking panda who loves to get drunk. He works as a deliverer in restaurants and taverns.

The heroes below are part of the Western Empire but have their own category of 'Three Kingdom Heroes'. They're all based on characters from the three kingdoms as the name suggests. Some are fictional while others are historical.

Da Qiaonote  Listed as Xiao Qiao on the Korean server. 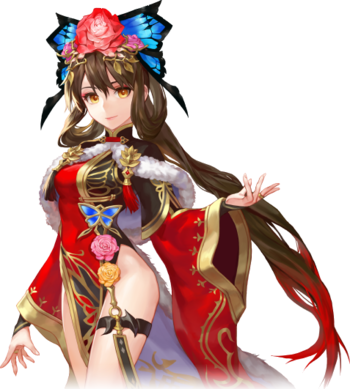 Da Qiao Awakened
She's a shy and quiet girl who is the hope of her family. She joins the fragment search scouts once she awakens. 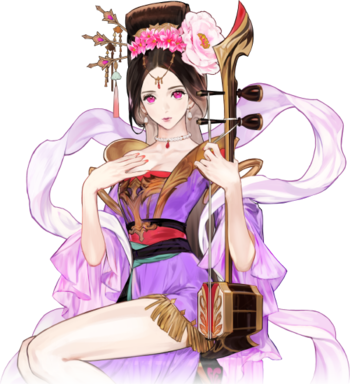 Diao Chan
A former handmaiden and survivor of a bandit attack which left her town in flames. She is Lu Bu's romantic partner. 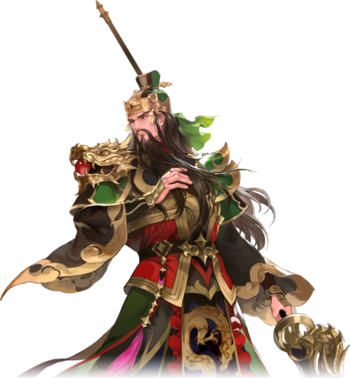 Guan Yu
He was the man who suppressed the corrupt forces and brought peace when the seven knights appeared and caused turmoil. He is elected king by to his people. 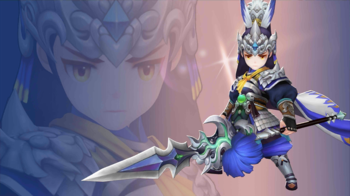 Zhao Yun Screen
A young man who enlisted for war after he heard Guan Yu was looking for more soldiers. 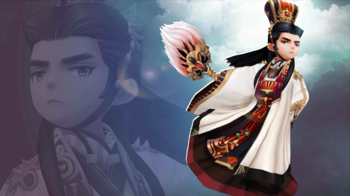 Zhuge Liang
A man who was living a peaceful life in the countryside. He agrees to land his land to Guan Yu. Guan Yu respects Zhuge Liang and compares him to the legendary Confucius.
Eastern Empire 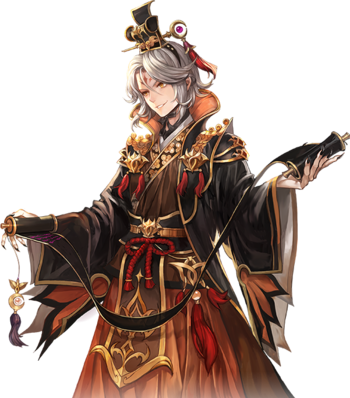 Bai Jiao
A cunning man who became chancellor at a young age. People distanced themselves from him due to his attraction to dark magic. He served as Pascal's chancellor and ally. After Pascal's failed awakening he joins Dellons. 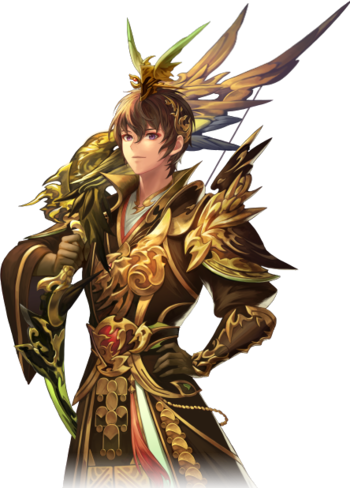 Bi Dam Awakened
He was born to a family of warriors. His talent was archery and so he joined an army called the Hwarang. He is ordered by Rin to search the power of destruction so he joins the fragment of destruction scouts in season 2. 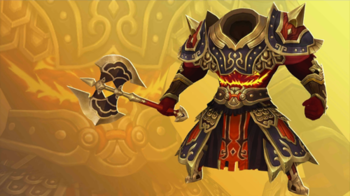 Kang Jae Rank Up Screen
A headless spirit who can hear and see but physically lacks a brain which affects his intelligence level. 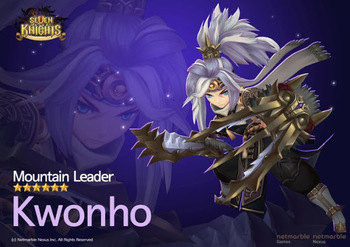 Kwonho
A young man who was abandoned by his parents and raised by tigers. 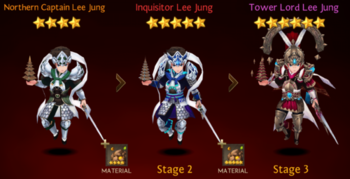 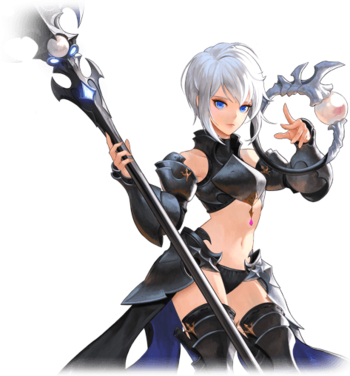 Awakened Nezha
She's Lee Jung's daughter who is kidnapped by the Dark Magic Research Tower and awakens due to their experiments on her. She is part of the '???' after awakening. She's based on the Chinese deity, Nezha, the third lotus prince. 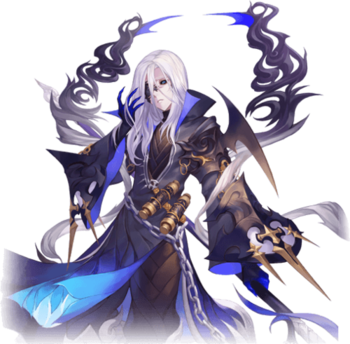 Yu Shin Awakened
The former leader of the Hwarang army. He transcended into a sage after training for some time in the mountains. He's part of the Dark Magic Research Tower once he awakens.
Dark Sanctuary 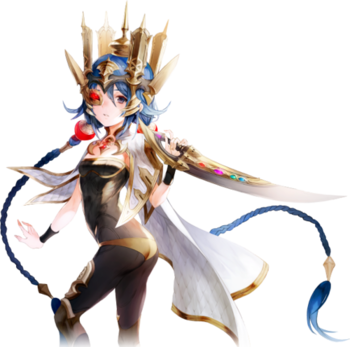 Asura
The girl who had the power to tame a genie known as Sagacious Vision. 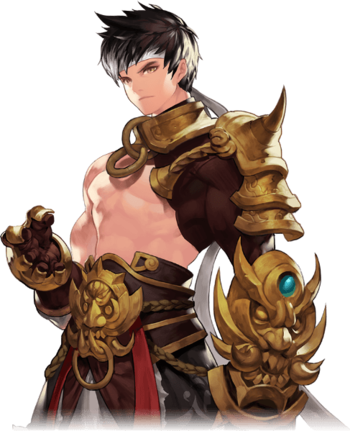 Giparang
A powerful warrior from Aisha who traveled looking for worthy opponents to fight. 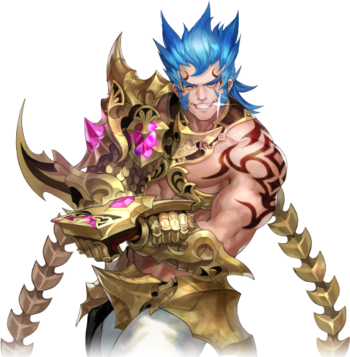 Jake
He's a famous stonemason who crafts rocks with his fists. 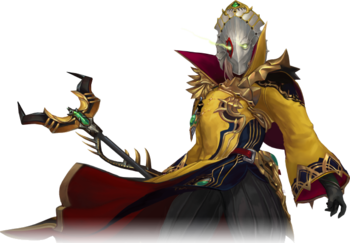 Pascal
The emperor of Aisha and antagonist in season 1. He tried to awaken into a god but failed.
Advertisement: