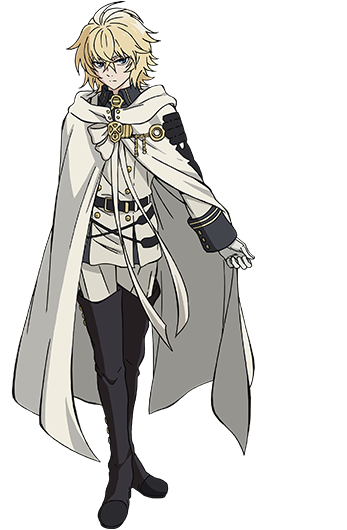 The deuteragonist of the Seraph of the End series. Once a human, Mikaela was turned against his will into a vampire. After becoming a vampire, he works with Lacus Welt and René Simm as a city guard of Sanguinem, the vampires' Third Capitol.