Characters that appeared in Mobile game. The page including new original characters as well as other secondary characters parallel counterpart that had a different role.Due to Loads and Loads of Characters the characters are split into each parallel world catalog.

Parallel Worlds that the party often come into contact with.

The home of the main XDU Kanade and the first parallel world the party comes into contact with. This world largely resembles the main timeline, but events played out differently. In this world, Tsubasa died during the Zwei Wing concert instead of Kanade, leaving her to be the only known gear user left in this world. First appeared in the event The One-Winged Performer.
Major Characters 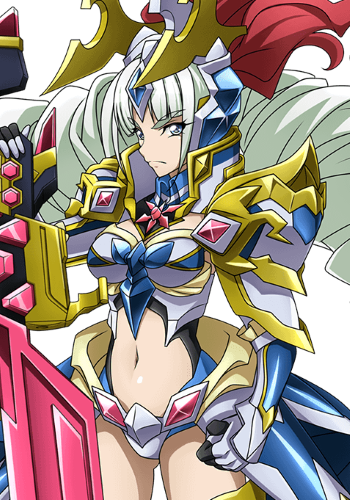 Faust Robe Type II
A Saint-Germain that Kanade encountered. She is tasked to find the Adam Sphere, but due to a misunderstanding to be Alicia's Remnant, she ends up getting into conflict with Kanade. Debuted in the Alchemic Order event.

An alternate Adam that the party met in Kanade's parallel world and the leader of the Alchemy Society. Debuted in the Alchemic Order event. 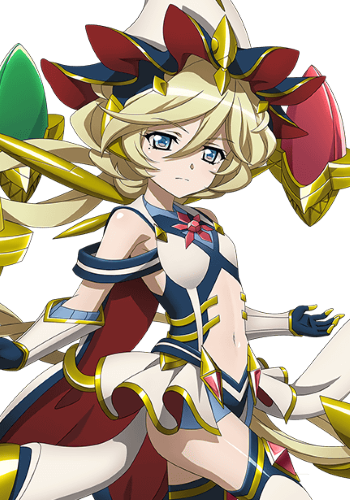 Faust Robe Type Lapis Philosophicus
An alternate Carol that the party met in Kanade's parallel world. Like her main counterpart, Carol was in the middle of planning the "Magical Girl Incident," but the plan was postponed due to her suffering memory loss from abusing her power and later due to her plan getting hijacked by her own homunculus, Noel.
Supporting Characters

A Ryoko who didn't get possessed by Finé, making her a valuable ally for the main cast.

A mysterious figure who looks oddly similar to both Carol and Elfnein. Later reveal to be a homunculus belonging to Carol. Debuted in the A Song for Knowing the World event.

A sentinel created by Noel based on the complete relic of Dainsleif.

The home of main XDU Serena. In this world, Maria successfully saves Serena after she performed her Superb Song. But Maria is eventually is killed off by Karma Noise. First appeared in the event Innocent Sister.
Major Characters

A world without the Symphogear system and only exist in theory, instead Fine created a new weapon based on Symphogear relics to fight against the Noise. First appeared in Recapture Operation event.
Major Characters

A Fine who already took over Ryoko's body but for some reason, stays as a Researcher. 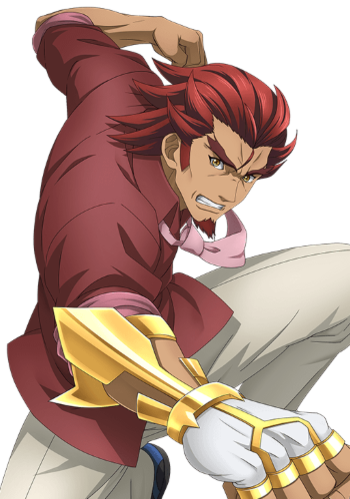 Genjuro with RN Gungnir
A leader of the 2nd Division Mobile Disaster Response Corps and the user of RN Gungnir. 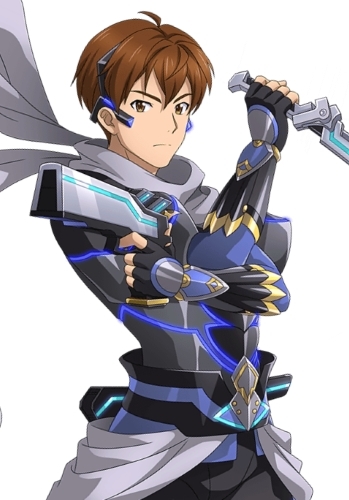 Shinji with RN Ame-No-Habakiri
Unlike his main counterpart, he originally doesn't belong to Genjuro's group. Later becomes the user of RN Ame-No-Habakiri and join their group. Debut in The Sword That Mows Down Fire event.
Supporting Characters

Chris's parent in this parallel who lost Chris in this timeline.
Antagonists

A world where Hibiki met a mysteries girl Sharon. The Symphogear system exists but there are no wielders in Japan and the only gear user on FIS is already killed off by Karma Noise.
Major Characters

The Parallel Tsubasa the main trio encountered in Sharon's World. A Symphogear user who is out to capture Sharon. Debut in BAYONET CHARGE event.

The Parallel Chris the main trio encountered in Sharon's World. A Symphogear user who is out to capture Sharon. Debut in BAYONET CHARGE event.
Supporting Characters 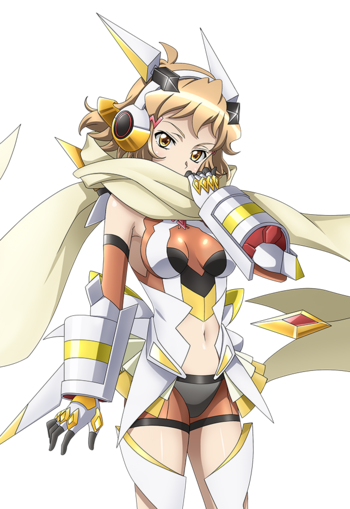 "Nobody ever helps me."

The Tsubasa of this world, who is noted to be very similar to the main counterpart.

When S.O.N.G. suddenly get attacked by mysterious creatures lead by the Cloaked Figure. Hibiki, Tsubasa and Chris chased after figure only to end up the parallel world where they met the parallel of Hibiki's friends who don the Mechvaranus to fight against Noise.
Mechvaranus Users
A new type of weapon. Used by Yumi, Shiori, and Kuriyo (also know as Dragon Princess). It's come in the form of a bracelet. Unlike Symphogear and Faust Robe, it's doesn't use Phonic Gain as a power source. Its basic output are inferior to Symphogear.

A former commander of Sector 2. Unlike his prime counterpart, Fudou is very approachable and a gentleman, watching Anime and even let's Lydian students called him Grandpa much to Tsubasa's shock.

A current commander of Sector 2. A rather fat middle-age man and a former hacker.

A first-year student. A small girl who often interacted with Hibiki and Yumi party during their time at school.
Antagonists

A mystery figure who attacked S.O.N.G. and steal Symphogear data. She possessed a certain relic that allows her to create snake-like creatures.

One of the head scientists who developed Mecha Godzilla to fight against Godzilla itself.

Karma Noise
A new type of Noise and recurring villains that exist in many parallel worlds. Unlike normal Noise, Karma noise often show up alone or in very small groups at best but still more deadly than a whole army of regular ones.

A special story that splits into 4 Chapters, each Chapter took place after certain normal story events. The arc can be considered to be All-Star/climax story where both major and support characters of previous events show up.Beware of unmarked spoilers!
Major Characters

A young singer diva. Later reveals to be the leader of the organization, Ouroboros.