The various villains throughout the series that oppose the Symphogears.

As everything involving the antagonists of this story is a major spoiler, this page is Spoilers Off! 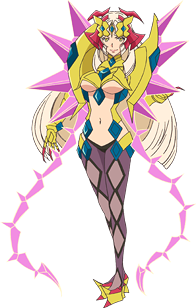 Voiced by: Miyuki Sawashiro
The Big Bad of the first season, who controlled Chris from the shadows. She possesses a number of powerful armours and Relics, some of which allow her (and by extension, Chris) to summon and control Noise. Despite not being a Symphogear user, the Nehushtan Armor, Solomon's Cane, Durandal and Kadingir make her a very powerful foe.

She is the reincarnation of an ancient priestess who sought entry into Heaven by building the Tower of Babel, but was struck down by God. Fine possessed the body of Ryoko Sakurai when the latter came into contact with the Relics, and used her host's position within the 2nd Division to further her own agenda. She builds a new Tower of Babel, Kadingir to destroy the moon, which should be followed by natural catastrophes.
Advertisement:
Noise
Monsters that do not exist on the same dimension as humanity, rendering normal weapons useless against them. Only the Symphogears possess the ability to defeat them. Solomon's Cane can summon and control them. It is later revealed they were created by humans of long ago. The climax of G has the heroes finally seal away the dimension where they come from. Even if they survived the explosion of Nephilim there is most likely no way to open the Treasury of Babylon again without Solomon's Cane.
Alca-Noise
Creatures visually similar to the Noise, created by Carol using the same magic she plans to use to eventually destroy the entire world. They are also eventually used by the Pavarian Illuminati as foot soldiers in their own schemes.
Carol Malus Dienheim 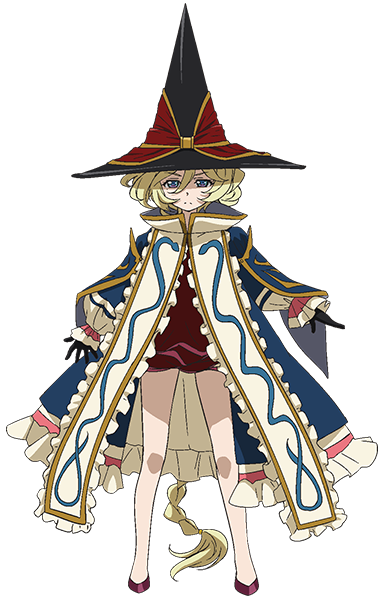 Voiced by: Inori Minase
A young European alchemist, who claims she will destroy the world's miracles. She is a master of Elemental Powers and is the creator and commander of the four Auto-Scorers.

Carol that the party met in Kanade's Parellel World. Like her main counterpart, Carol was in the middle of planning the "Magical Girl Incident" but the plan was postponed due to her suffering the memory loss from abusing her powers, and later getting her plan hi-jacked by her own Homunculus, Noel.

In General
Four "dolls" created by Carol to serve as her protectors and henchmen.
Advertisement:
Leiur Darâhim 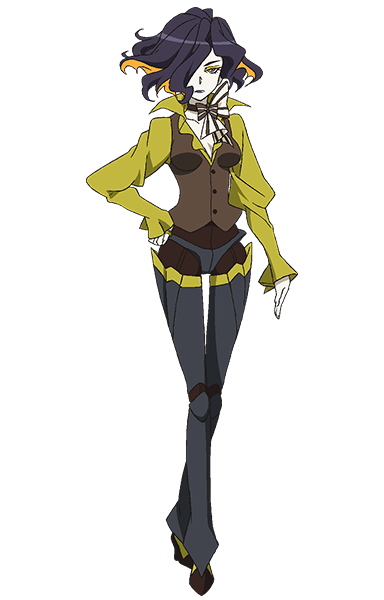 Voiced by: Shizuka Ishigami
First of the Auto-Scorers, four "dolls" created to protect Carol, to appear in the series, pursuing Elfnein. Uses the element of Earth and attacks by throwing coins.
Phara Suyûf 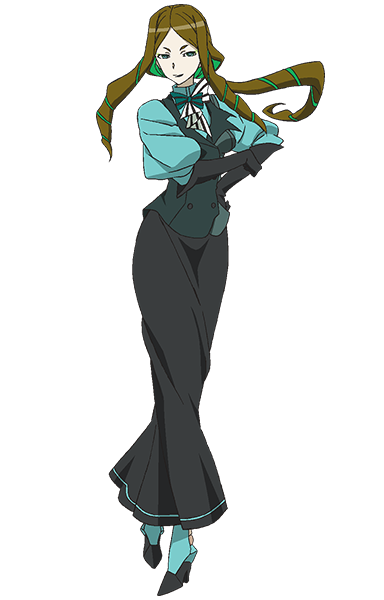 Voiced by: Masumi Tazawa
Second of Carol's Auto-Scorers to be seen in the series, she attacks Maria after the concert in the first episode. Uses the element of Wind and fights elegantly with a sword.
Garie Tûmân 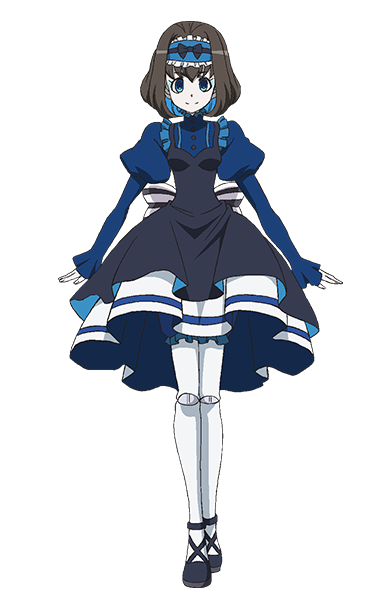 Voiced by: Michiyo Murase
Third of the Auto-Scorers to appear, showing up in the second episode to speak with Carol after her brief encounter with Hibiki. Uses the element of Water and fights using ice crystals and illusions.
Micha Jawkân 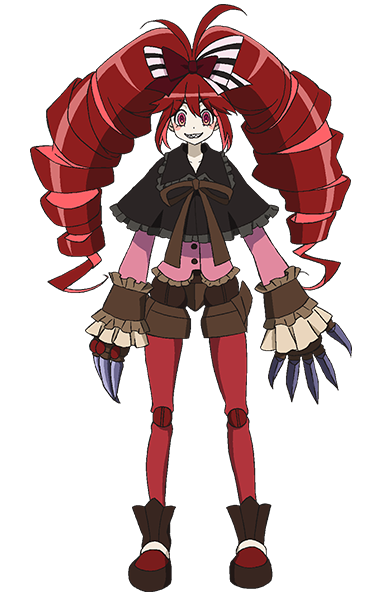 Voiced by: Shiori Izawa
Fourth of the Auto-Scorers to appear. She was awakened by Garie in GX E3. Uses the element of Fire and fights using high-pressure crystals that can explode.
Advertisement: 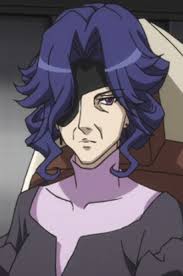 Voiced by: Kikuko Inoue
An elderly woman who is the boss and caretaker of Maria, Kirika, and Shirabe. Her goals are unknown. 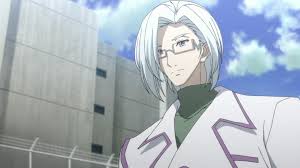 Voiced by: Tomokazu Sugita
A mysterious researcher from America who transferred to the Second Division in order to study the Sakurai Theory. However, he reveals his true colours when he steals Solomon's Cane and defects to Finé, becoming one of the main antagonists of the season.

Nephilim
A bio-weapon created by Dr. Ver, and one of the keystones of his scheme. 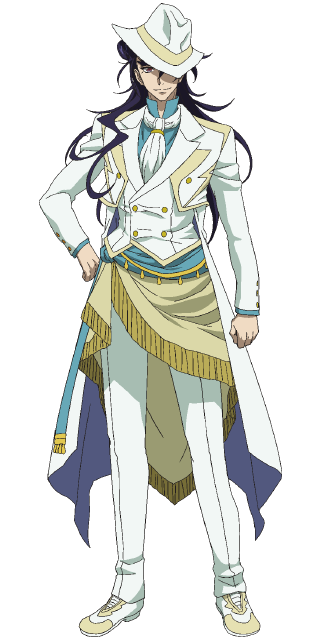 Voiced By: Shin-ichiro Miki
The founder and Lodge-master of the Illuminati.

Adam that the party met in Kanade's Pararell World.
Saint-Germain 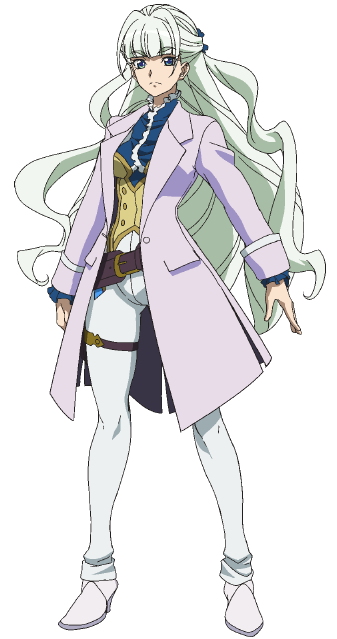 Voiced By: Minako Kotobuki
A powerful Alchemist who has achieved the state of "perfection" by recreating her body, becoming ageless. She now seeks the power of a god to fully realize her ideals.
Cagliostro 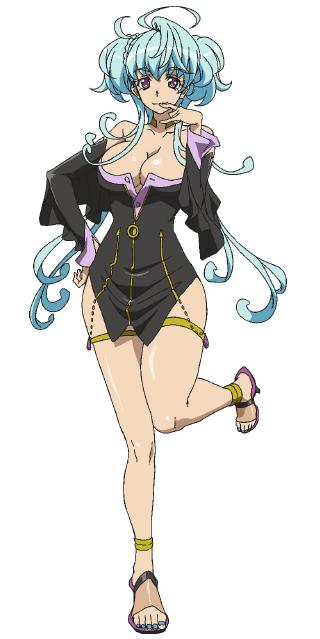 Voiced By: Shouta Aoi
A follower of Saint-Germain. A man who had his body altered by Saint-Germain's alchemy into the "perfect form" of a woman. Originally a liar and swindler, she has decided to change her ways, and be honest about her feelings.
Prelati 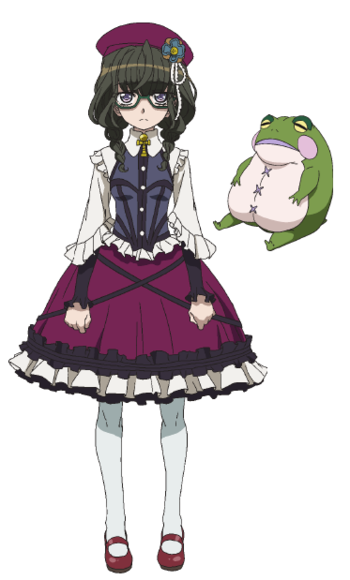 Voiced By: Rina Hidaka
A former rival of Saint-Germain who was bested by her alchemy and joined her in pursuit of her ideals. Like Cagliostro, she was originally a man before receiving the "perfect form" of a woman. Originally lazy and indulgent in luxuries, Prelati has now become an excellent researcher, but still retains that desire to put fun before work.
Tiki 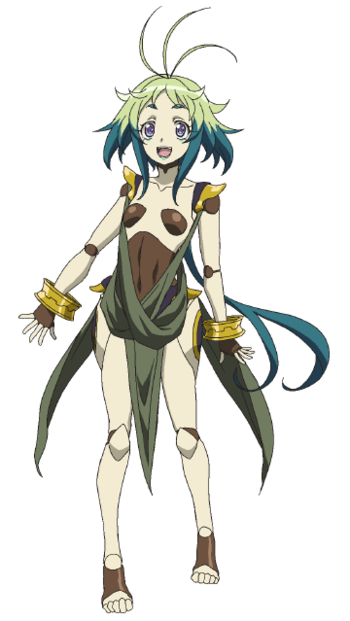 Voiced By: Hina Kino
An Autoscorer created by Adam, the founder of the Illuminati. She's obsessed with Adam. 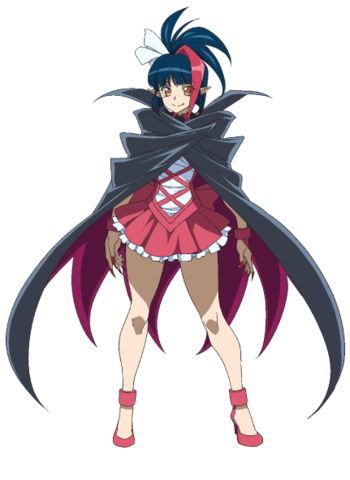 Voiced by: Kana Ichinose
Noble Red's Benefactor
Fudou Kazanari who can be found in the S.O.N.G and Affiliates page. 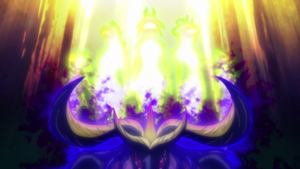 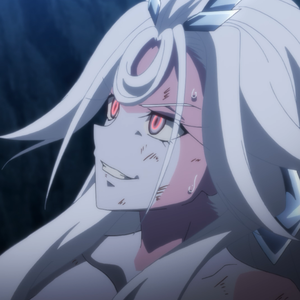 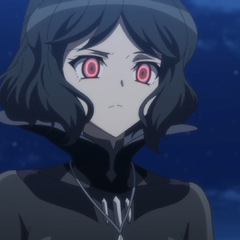 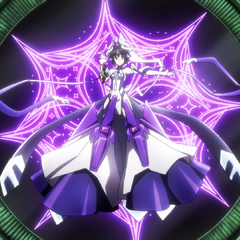 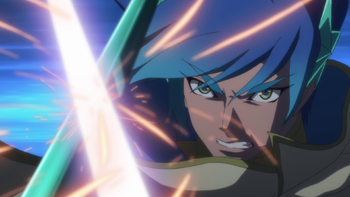