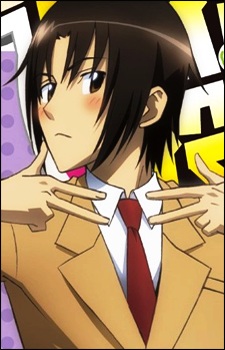 The main character, a first-year transferee to Ousai, an erstwhile all-girls high school which has recently turned co-ed, because it's close to his neighborhood, only to be dragged into the position of Student Council Vice-President and representative for the nascent male student body. He was a first year when the series started, but later went up to second year.

Tall, even-headed, and academically middling, Tsuda is the straight man in the student council, and the target of 90% of the sex jokes in the story. 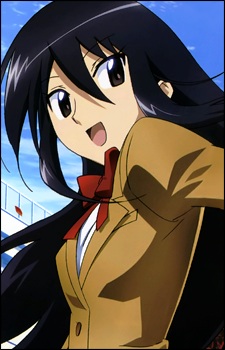 Current Student Council President of Ousai Academy. On the surface she's the image of the straight-A student — serious, diligent and talented with most subjects. Behind that, however, she's quite the pervert. 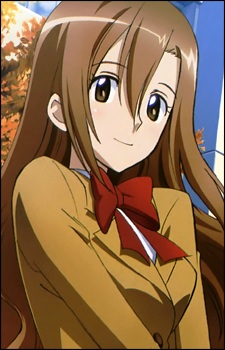 Voiced by: Satomi Sato
Ousai Student Council President.
Daughter of the famous Shichijou Group.
Has a gentle personality and good manners.
A bit of an airhead and makes bad puns.
Has giant boobs.
"There's a fuzzy feeling in my butt."
-Ranko's candid and unbiased description of Aria (Chapter 150.5)

Shino's best friend and Student Council Secretary. Despite her affluent upbringing, she tends to follow her friend's mental processes. 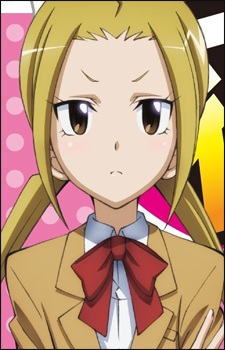 Voiced by: Sayuri Yahagi
Ousai Student Council Treasurer.
A returnee student with an IQ of 180.
Fluent in English and can do 10-digit calculations in her head with ease.
This genius girl may look like a child, but is actually a high schooler.
If you mention her height, she gets pissed.
Sometimes a tsundere.
"Don't call me a child!!"
-Ranko's candid and unbiased description of Suzu (Chapter 150.5)

A first-year genius returning student and Student Council Treasurer. Despite being the more mentally mature girl of the main cast, she has a huge complex regarding her short stature. She's also somewhat superstitious, being terrified of ghosts. 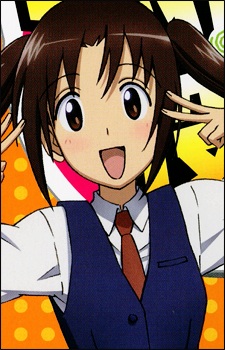 Voiced by: Asami Shimoda
Takatoshi's younger sister and a third-year junior-high student (and later a first-year at Ousai). Generally a sweet, caring girl, but also in possession a mindset that'd make Shino proud. Later in the story, she becomes the manager for the Judo Club.
Ranko Hata 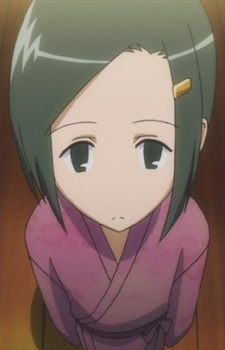 Voiced by: Satomi Arai
President of the Newspaper Club, who spends most of her time taking pictures of the Student Council, and trying to uncover dirt on them.
Mutsumi Mitsuba 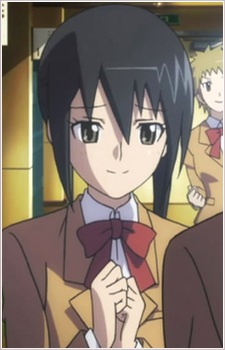 Voiced by: Chiaki Omigawa
President of the Judo Club and classmate of Takatoshi, for whom she has a pretty obvious crush.

Innocent and earnest to a fault, Mutsumi is an incredibly athletic tomboy. 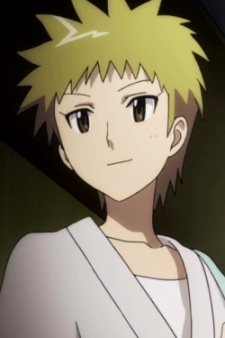 Voiced by: Yukika Teramoto
Mutsumi's tomboyish friend and another member of the Judo Club. Most often than not, the victim of Mutsumi's crazy training routines. 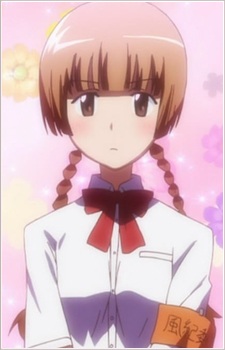 Voiced by: Emiri Katou
The high-strung, androphobic head of the Disciplinary Committee as well as head of the Choir Club. As the series progresses, she lightens up and is even able to have genuinely friendly conversations with Takatoshi. She spends a lot of her time fainting from the outrageous topics Shino and Aria bring out in her presence.
Nene Todoroki 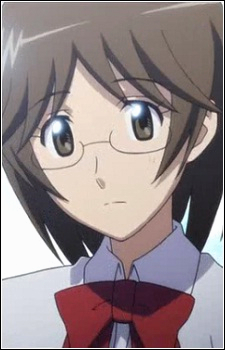 Voiced by: Hekiru Shiina
Suzu's friend and member of the Robot Research Club for the purpose of more stimulation.
Kaoru Toki 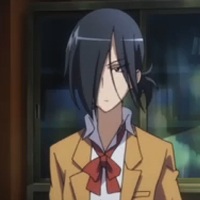 Voiced by: Miho Hino
Kotomi's first friend at Ousai Academy. Has the look of a delinquent, but isn't much of one. She later joins the Judo Club after being defeated by Mutsumi in a match. 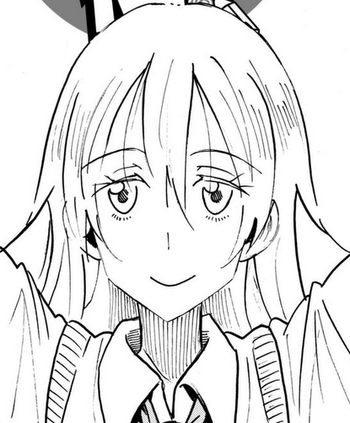 An American transfer student who first appears in Chapter 474 as part of a program where she'll spend one year as a second year student at Ousai Academy. An airhead with limited Japanese skills, she becomes a classmate of Tsuda, Suzu, Mitsuba and Nene. Polly also unsuccessfully runs for the student council presidency and later joins the morals committee and is a junior member under the supervision of Kaede. 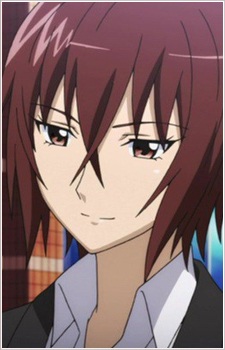 Voiced by: Yuu Kobayashi
A teacher and advisor of the Student Council. Otherwise, she spends more time chasing younger men (including her male students, but especially Takatoshi) than actually teaching.
Sachiko Furuya
Voiced by: Fumi Hirano
Ousai alumni and Shino's predecessor as president of the Student Council. She's hilariously old-school, even beyond her age and even time of birth.
Others

Voiced by:
A newly arrived teacher, she previously encountered Shino during her stint as a trainee and so remembers her quite well.

The Student Council of Eiryou High School are slowly introduced over the course of the series. They maintain an excellent working relationship with the Ousai Student Council, and have forged friendships outside of school as well.
Chihiro Uomi 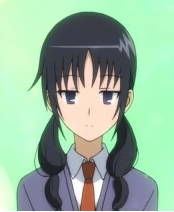 Voiced by: Chiwa Saito
Shino's counterpart from Eiryou High School and a third year student. Uomi is a deadpan girl who has the same sense of humor as Shino, but happens to be more doting and more voluptuous. She's very prone to hugging people, and due to their shared interests and circumstances, Uomi and Shino become close friends, and later establish a Friendly Rivalry for Tsuda's affections. Makes her debut in the 4th OVA.In Chapter 171, after some relatives marry, Uomi becomes Taka and Kotomi's family, making her a recurring character at the Tsuda home.
Nozomi Mori 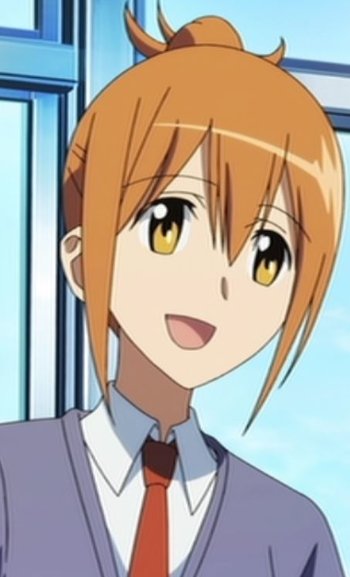 Voiced by: Sumire Uesaka
Eiryou High School's Student Council Vice-President and a second-year student, making her Takatoshi's counterpart. Makes her debut in the 11th book as well as the 13th Seitokai Yakuindomo Bleep OVA.
Others

Voiced by:
The third member of Eiryou High School's Student Council. She made her first appearance alongside Uomi in the 4th OVA.

Voiced by: N/A (No anime appearances yet)
The newest member of Eiryou High School's Student Council, Yuu was recruited by Uomi due to her imposing height. 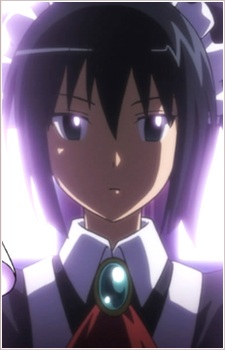 Voiced by: Mutsumi Tamura
Aria's multitalented personal maid, who has some rather weird fetishes. Albeit she has kinks up to her scalp, she lusts over Aria in particular.
Others

Voiced by: Miyu Matsuki
Suzu's doting mother, who is unfortunately just as sex-obsessed as most of the other characters (much to Suzu's embarrassment and horror).

Suzu's pet dog, which is larger than her.