"I don't think people are meant to be by themselves. That's why if you actually find someone you care about, it's important to let go of the little things, even if you can't let go all the way. Because nothing sucks more than feeling all alone, no matter how many people are around." 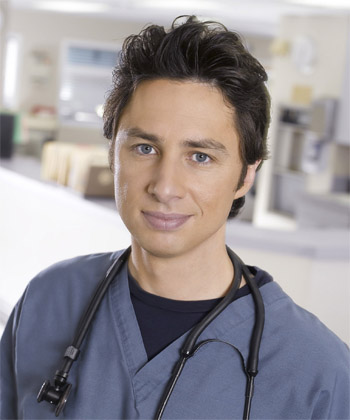 The king of Cloud Cuckoo Land.

Simply known as J.D., he is the show's protagonist and resident doctor. The show depicts the problems and fears he has to face in the hospital, accompanied by his Inner Monologue. J.D. may just be the embodiment of a Cloudcuckoolander for his most prominent habit of daydreaming, which almost always ends with a weird comment said out loud which, of course, nobody but him understands. Despite being an enthusiastic, clumsy person with a lot of self-doubt, he is an intelligent good-by-heart doctor, who cares deeply about his patients.

Elliot: My therapist thinks my trouble in bed stems from a basic fear of intimacy. But I just think it's just because any type of repetitive motion makes me nauseous. Oh, and since I was a little kid, I've always had nightmares about being crushed.
Carla: That poor shrink. 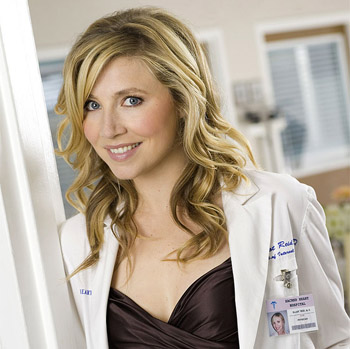 Elliot is another promising young doctor, who initially showed signs of fear and low self-esteem as an intern, but has later grown to become a confident, yet extremely odd, doctor in the series. She has a tendency to ramble on about her issues as well as stories about her life, but she's extremely intelligent and takes her profession seriously when she must. Due to a fear of commitment, she has a constant on-again-off-again relationship with J.D.

"You know, I love how kids of divorce really have the market cornered on family dysfunction. But let me share with you a typical Thanksgiving at the Turk household: It starts with my mother yelling at my sister for yelling at my grandmother who's yelling at the television screen, which happens to be the microwave. And then my militant brother Jabari - formerly Bob - gives my father attitude for using the word black, even though he's referring to the turkey. Which, by the way, only got burnt because instead of turning the oven off, my bi-polar aunt Leslie tried to shove her head in it. But you know what we do? We kiss... and we hug... and we apologize for all the things we said... 'Cause a month later, we gonna get together and do it again at Christmas!" 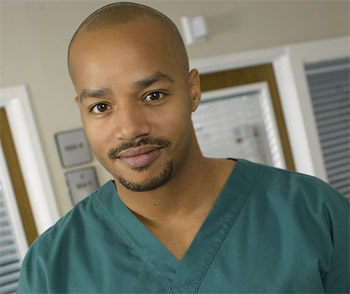 JD's best friend, who JD has known since they were roommates in college, and Carla's husband. He's a very skilled surgeon but his arrogance sometimes exceeds his talent. His attitude does come across as a typical jock, but he takes his work seriously and is atypical as a surgeon in that he strives to get to know his patients. He loves basketball, video games, using slang, and making sweet love with his wife. 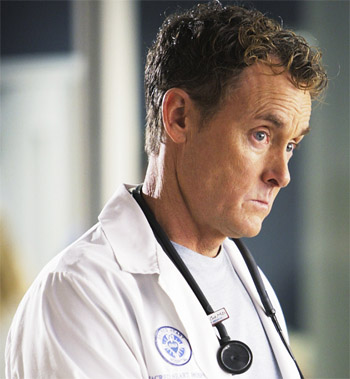 Not your average Mentor Archetype

JD's mentor (much to his chagrin) and resident doctor of Sacred Heart. He comes across as a typical Dr. Jerk with a huge ego to match. However, he believes his hard teachings mold interns to competent doctors and he cares more about treating patients that deserve help rather than the budget of the hospital. He has a tendency to rant on about anything that ticks him off even slightly.

"Well, you're a surgeon. So, you've got the god-complex, the cockiness, the whole "married to the job" thing. You're cute, but you're very, very aware of it. You have no idea what I'm like, so all of your feelings for me are coming from down there [points at his crotch]. But most of all, I'm looking for the real thing; and you're nothing but a little boy who's not used to being told "no." So there's a bunch of reasons. Pick your favorite." 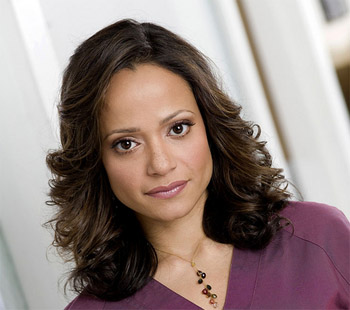 She's the Spicy Latina who's the resident nurse of Sacred Heart and wife of Turk. Carla molded JD and Elliot over the years with her tendency to be there for them, which has resulted in their friendship. She can be rather hotheaded to people and feel like her friends are overwhelming her with her quirks, but she cares about them and it shows.

"Dr. Dorian, do you not realize, that you're nothing more than a large pair of scrubs to me? For God's sake, the only reason I carry this chart around is so I can pretend to remember your damn name!" 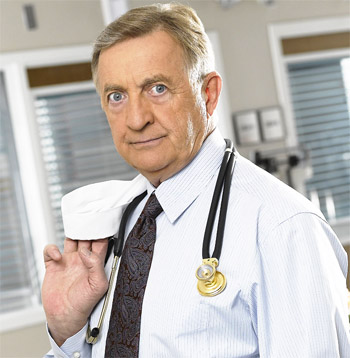 The Chief of Staff of Sacred Heart, Kelso is a snide and grumpy old man who allows improper practices and makes strict rules for the sake of the hospital's budget. However, he does show some care to certain people, even if it's extremely rare and his decisions in the hospital aren't always easy to make for him. 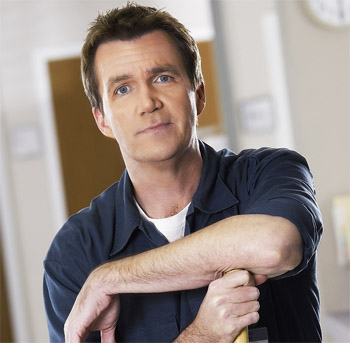 He sees all, he knows all, and he is watching you.

The Almighty Janitor who has a dislike of doctors, especially JD. When he's not tormenting JD at every chance he gets, he tells zany stories (which are mostly lies) to the staff and helps out Elliot when he can. He's also insane.