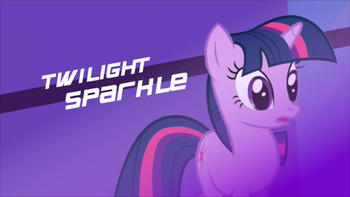 "God dammit! Why do you all keep on breaking into my house?"

Celestia's "top apprentice". Impatient and sarcastic, she is frequently exasperated by the sheer amount of nonsense that occurs in Ponyville, most of it due to her weird friends. Despite this, she has a good heart and is giving friendship her best try. She seems to have taken it upon herself to coordinate and lead the Elements of Harmony. 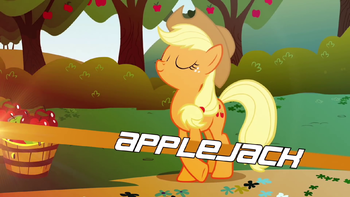 An apple farmer who initially seems to be suffering from a strange delusion that she is farming mangoes. Like her show counterpart, she speaks with a country accent, and is quite stubborn. Although friendly on the whole, she has a short temper and can be pushed to anger quite easily. 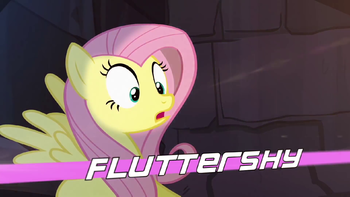 A neurotic pegasus who seems to be afraid of absolutely everything. She speaks with a stereotypical hippie voice, and has the manner of a crazed Vietnam veteran. 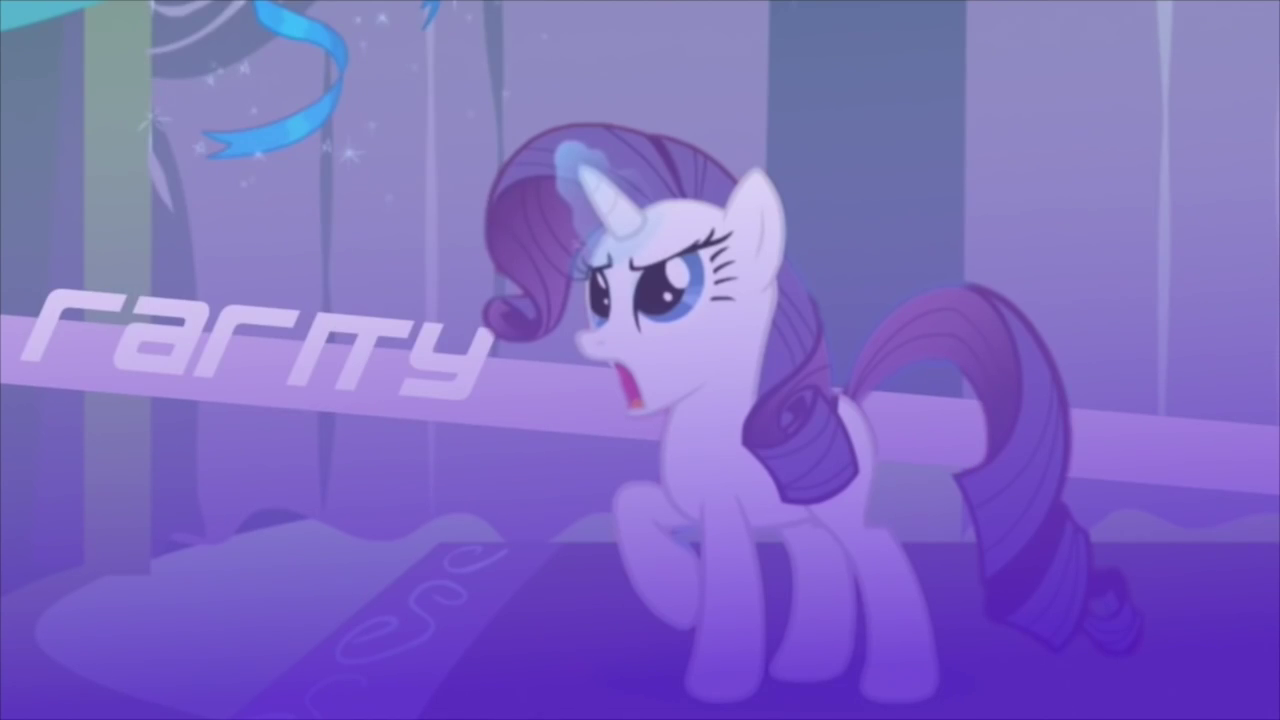 "Do you wanna buy a dress?"

The only non-pony of the Mane Six, Rarity is a changeling who defected from her oppressive society in order to pursue her artistic passion. An enterprising fashionista, she frequently tries to sell dresses (and occasionally other items) to other ponies, regardless of the situation. 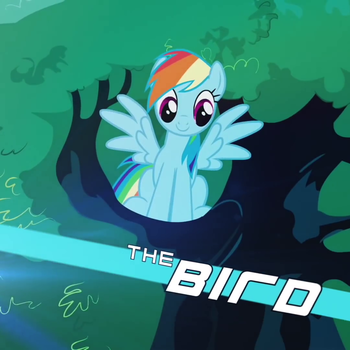 A rainbow-maned pegasus with a strangely disjointed mode of speech, and a somewhat baffling approach to conversation. 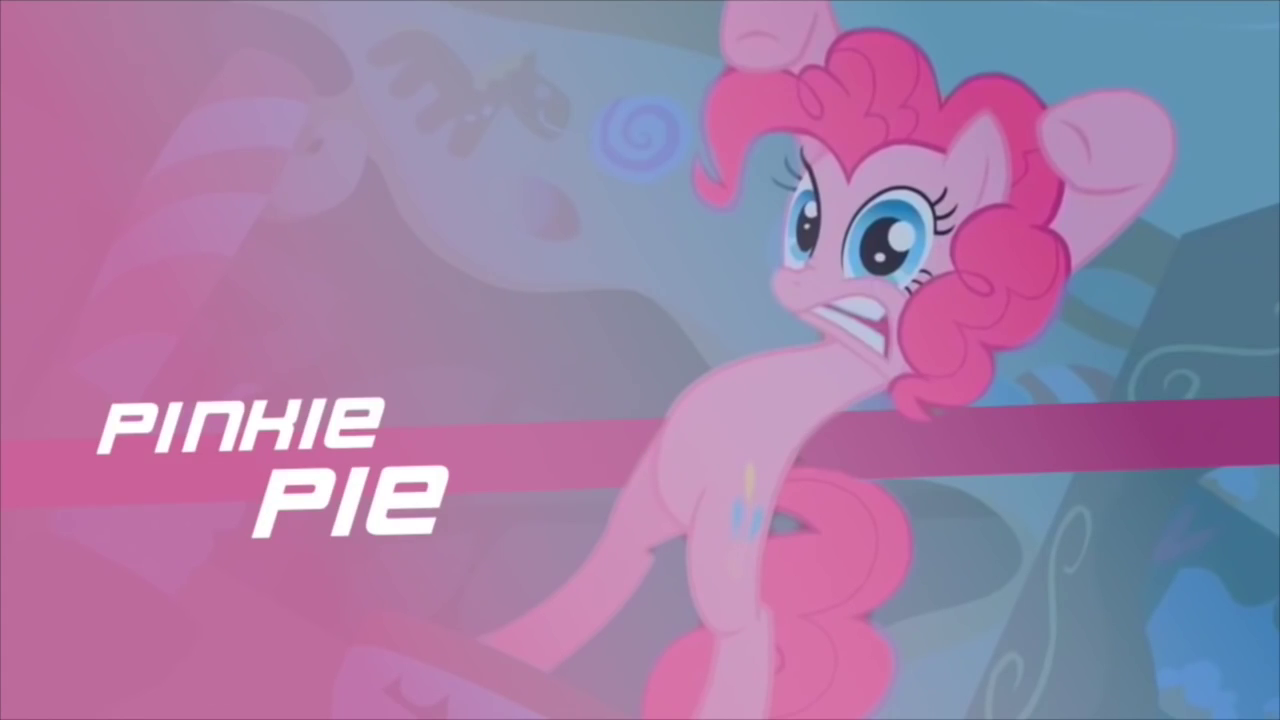 A pink earth pony with extraordinary Fourth Wall Breaking powers, although she tries not to exercise them too much in case it causes a panic or disrupts the balance in Ponyville. Her awareness of her world's true nature has made her somewhat nihilistic, but she seems to have come to terms with her fictionality and is making the best of her life that she can. 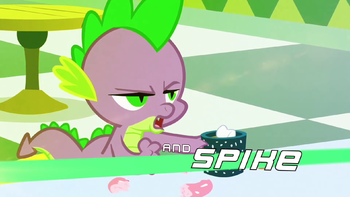 Twilight Sparkle's roommate and confidant, who used to live in the Badlands. A cool-headed dragon who tends to question the various weirdnesses of Equestrian life. Unlike Twilight, he's very distrustful of Celestia. 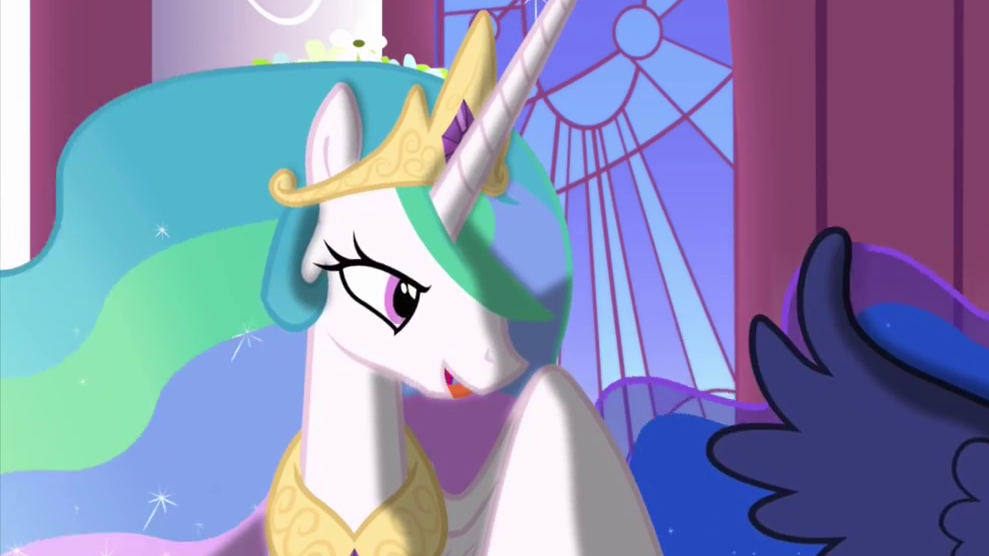 "Kneel... kneel before your princess!"

The capricious and egotistical ruler of Equestria. Although undeniably a Jerkass, Celestia isn't actually evil; she just likes to have a good time, even if it's at everyone else's expense (which it usually is). Fond of Trolling, especially toward her sister Luna. She likes to take a hooves-off approach to the situation in Ponyville, partly because she can't be bothered, but mostly because she knows that Twilight usually sorts things out eventually. 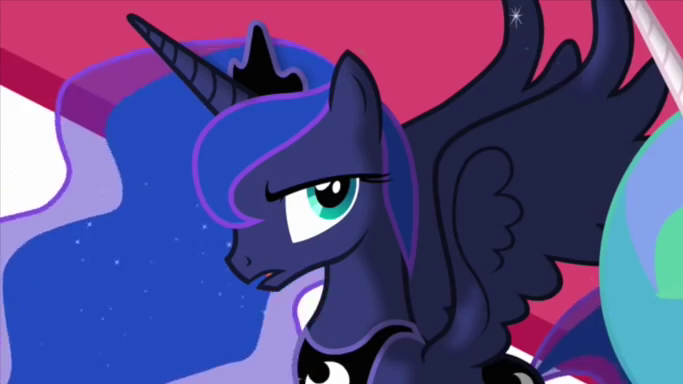 Celestia's younger sister, and formerly, the villain known as Nightmare Moon. Very calm and level-headed, which unfortunately gets her nowhere with her eccentric and jerkish older sister. Despite how badly she's treated, she doesn't seem to hate Celestia; most of the time, she's just exasperated. Like her show counterpart, she can enter ponies' dreams. 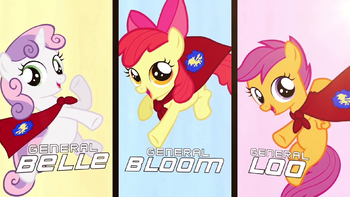 Three young fillies and military prodigies, put in charge of planning for the upcoming war with the Changeling Empire and Sombra's forces. 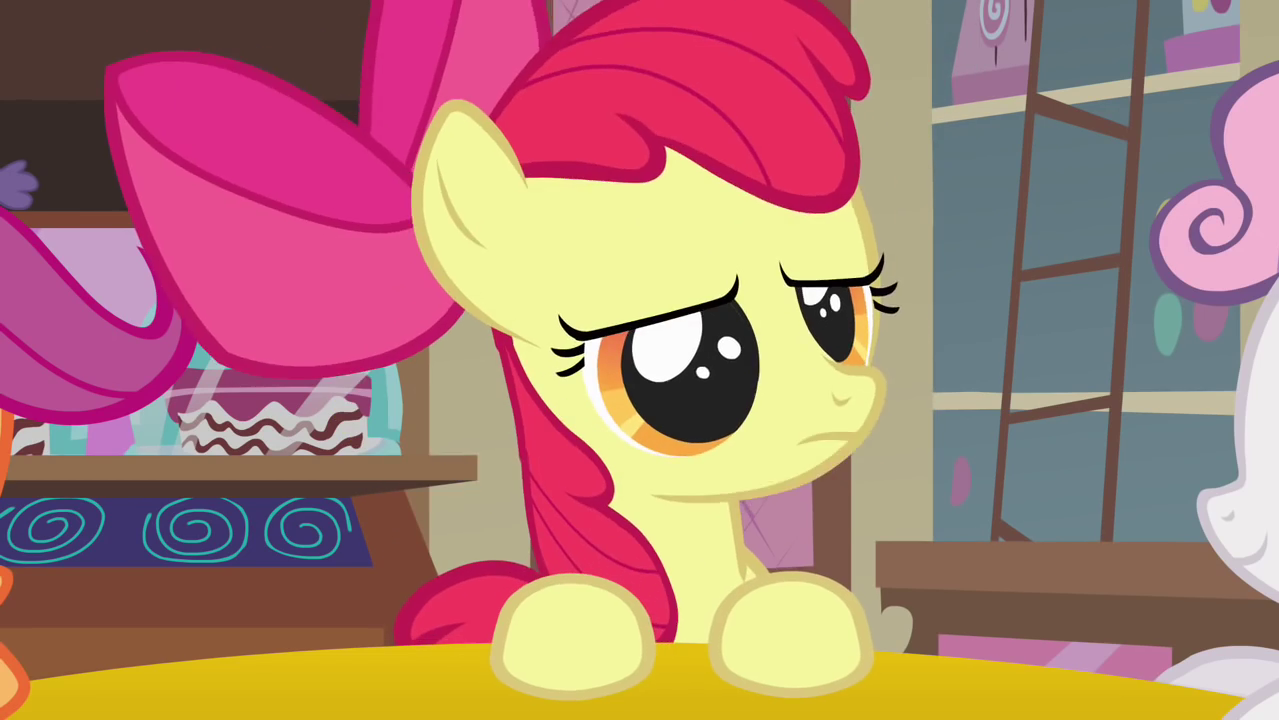 Applejack's younger sister, and Supreme Commander of all Earth Pony forces. She has a posh British London accent, reminiscent of the stereotypical depiction of a World War One fighter pilot. 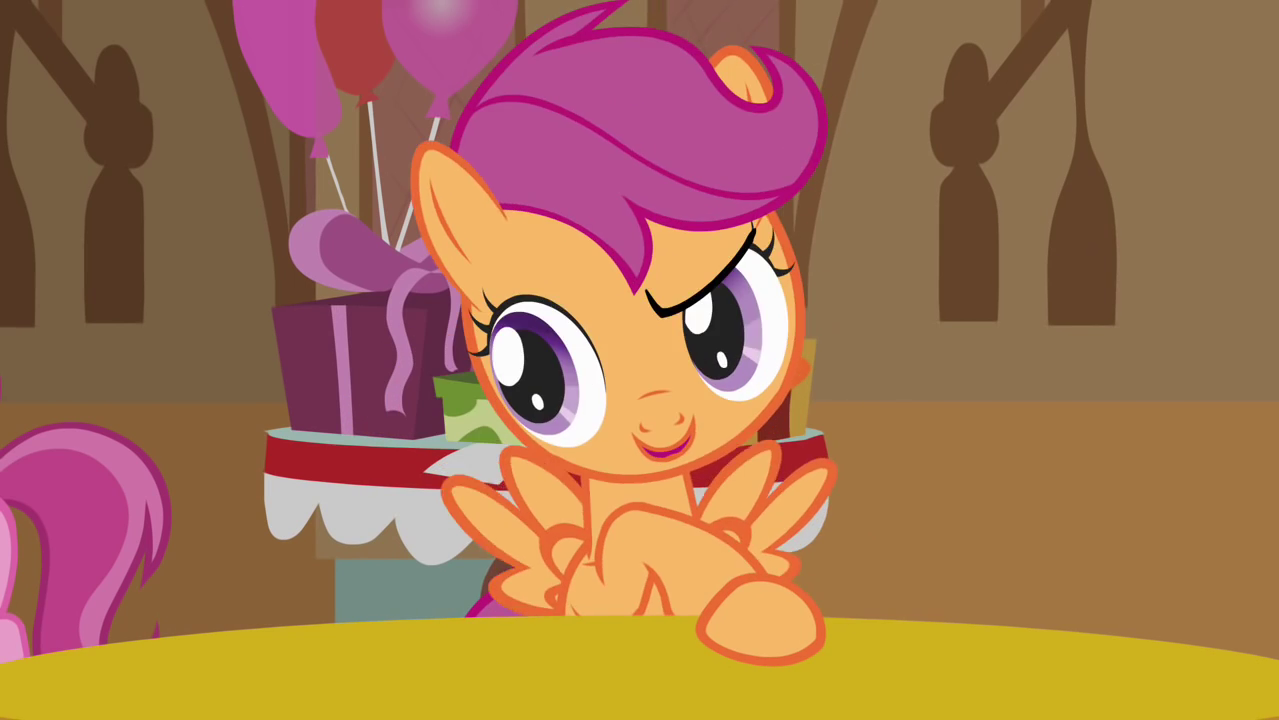 "I'd like to see those changelings change themselves from being dead mangled corpses!"

A gravelly-voiced pegasus filly with a penchant for violence. Supreme Commander of the Pegasus division. Reportedly, the only surviving member of her family, although she seems worryingly unconcerned about it. 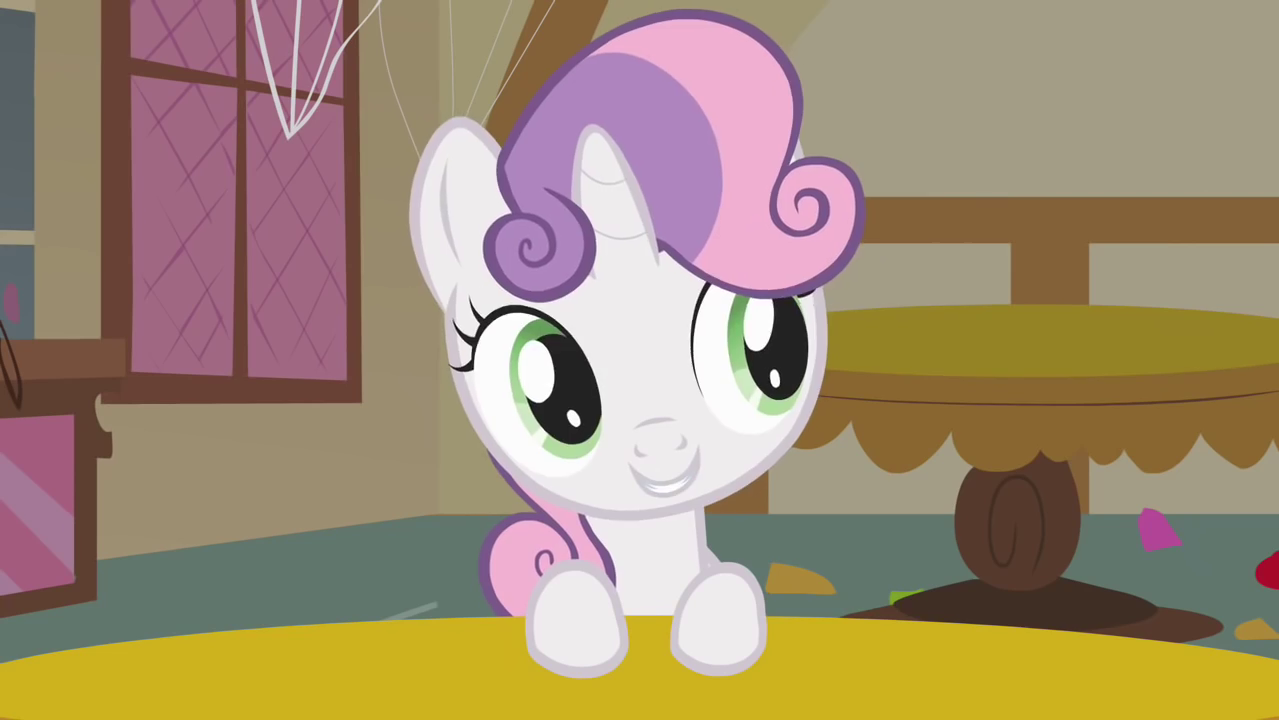 Supreme Commander of the Imperial Magic Legion. Although nominally Rarity's younger sister, this is evidently a cover story to explain why the two live together. 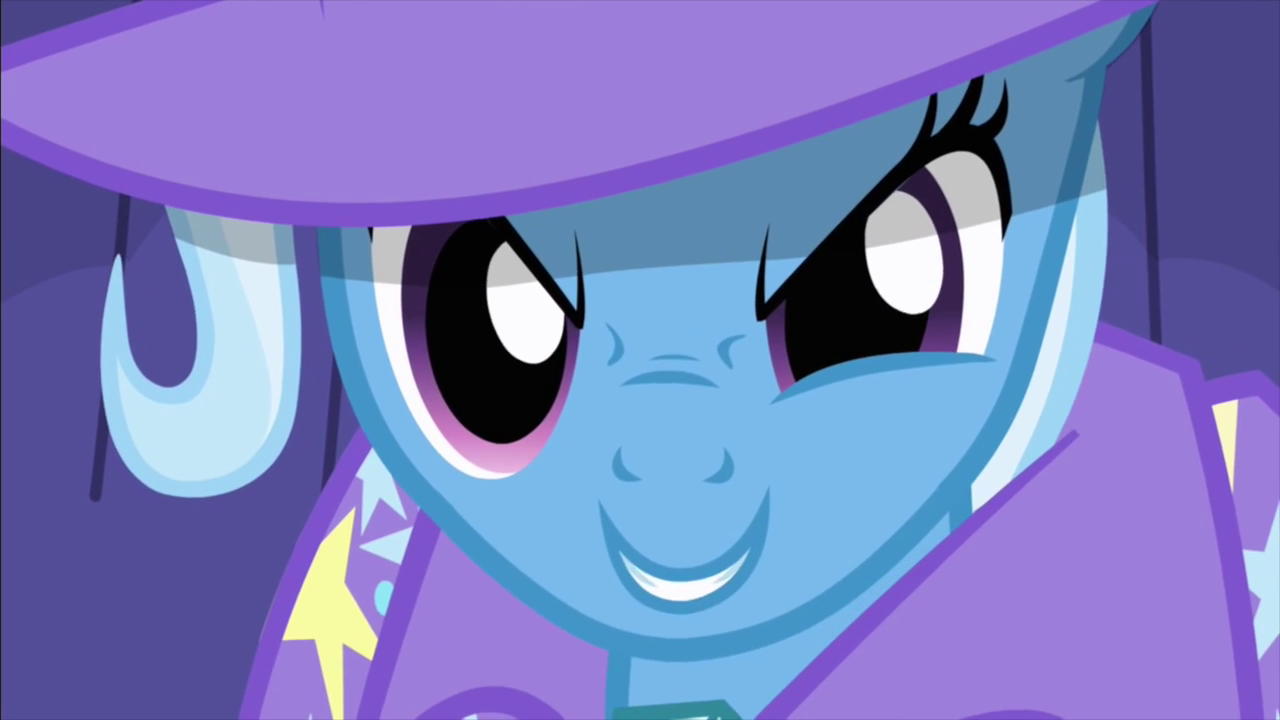 Twilight Sparkle's bitter rival. A self-admitted mediocre magician, she uses her knowledge of the Fourth Wall to compensate. 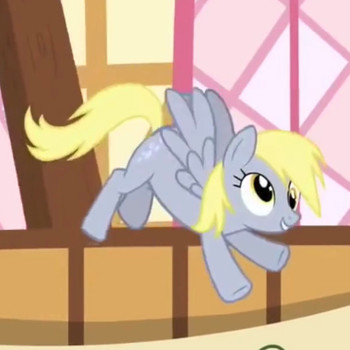 The Bird's arch-nemesis. A gray, blonde-maned pegasus who is determined to kill The Bird, yet is completely ineffective at doing so. 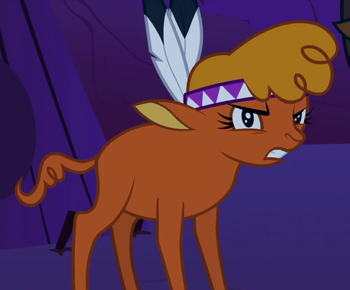 A changeling agent sent to infiltrate and rally the tribe of buffalo who oppose Celestia to their side. 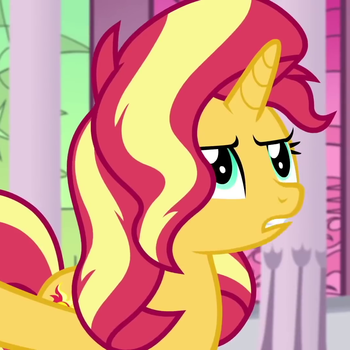 "So! You thought you could just send your little goons to take me out?"

One of Celestia's arch-nemeses, who escaped to a parallel dimension at some time in the past. She is Celestia's antithesis, capable of nullifying the sun goddess's powers by her mere presence. 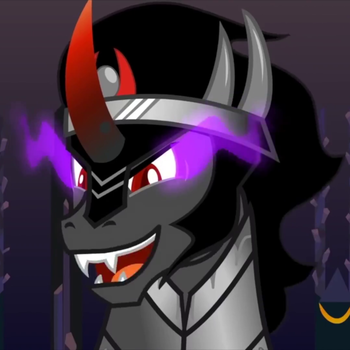 "You fight for the good of ponykind? Fool! You fail to see the darkness that lurks in all ponies!"

An evil unicorn necromancer who Celestia has fought and killed several times over the centuries, but who keeps being brought back to life by his followers. Celestia considers him an arch-nemesis, but regards him as more of a nuisance than a threat. 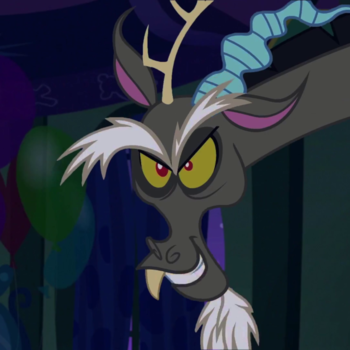 "I am the great puppeeter. The master of chaos. The God of the Fourth. My name... is Discord."

An ancient evil with godlike mastery of the Fourth Wall. Defeated and sealed in a statue by the Princesses more than a thousand years ago, his prison has been slowly weakened by ponies breaking the Fourth Wall. 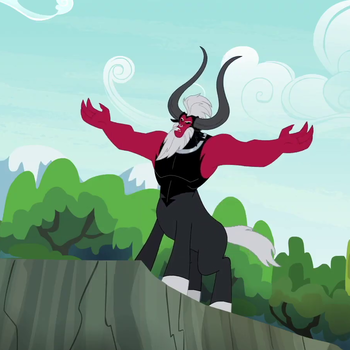 "Cower, ponies! For I am Death, destroyer of worlds!"

A centaur who can directly draw power from the magic of the Fourth, and can suck the life force out of any pony, even the Princesses. A squadron of Wonderbolt first responders killed him years ago. He somehow returns in the present day... but this time the Mane Six make short work of him. 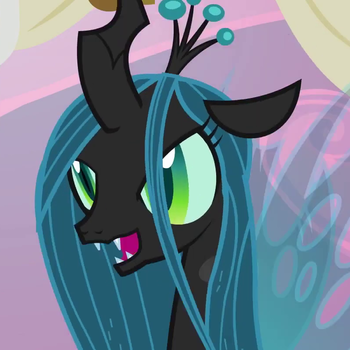 "I won't prolong your imminent death with a monologue. So... bye!"

Queen of the Changeling Empire, and the one arch-nemesis who Celestia seems to respect and fear—but not enough, as it turns out. 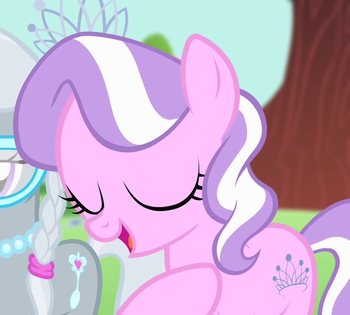 General Bloom's subordinate and old friend from the academy. 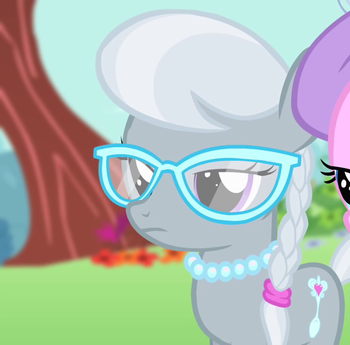 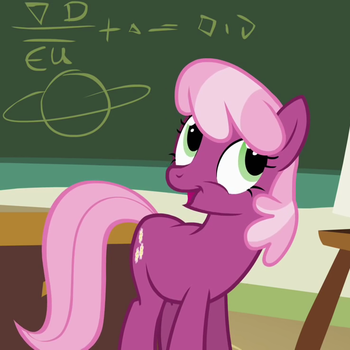 "Berry Pinch! Do you have a death wish?"

The local elementary school teacher. She has a somewhat psychotic approach to education. 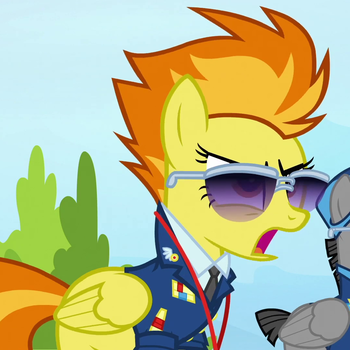 "Great Celestia, it's like I'm on a game show called 'Who's The Most Braindead?', and I'm surrounded by this season's winners!"

Kevin Bacon
A real-life actor and filmmaker, as well as Celestia's hated rival.
The Editor
"I. Can. Spel."

The editor of Scootertrix the Abridged - supposedly, Getschman himself. Communicates only via on-screen text captions. Despite wielding essentially godlike power over the show's universe, he still seems to make mistakes that medium-aware characters like Pinkie pick up on. 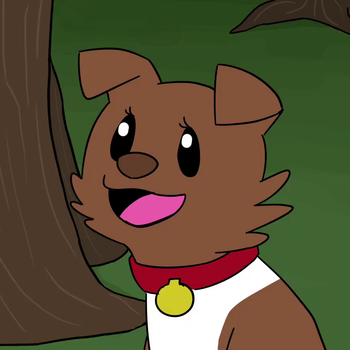