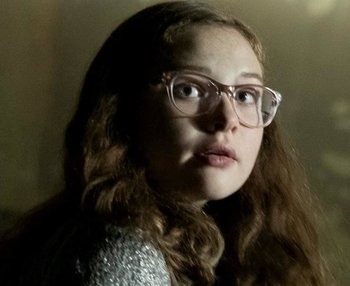 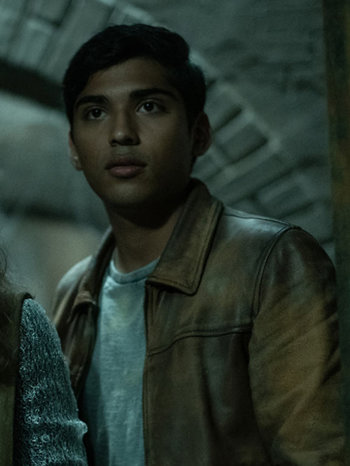 A drifter who gets involved with Stella and her friends after helping them evade Tommy after they played a prank on him.

Friends with Stella and Auggie, Chuck is Ruth's little brother.

One of Stella's friends, who takes things the most seriously.

Chuck's older sister, who discovers a strange bump on her cheek... 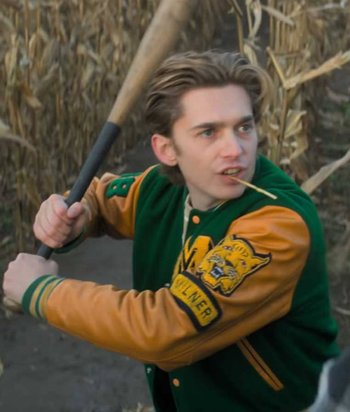 The resident Jerk Jock who terrorizes the heroes.

The head of police in Mill Valley.

Portrayed by: Will Carr, Elias Edraki (Voice; as a ghost)

Sarah Bellows' elder brother, and a doctor at the sanitarium 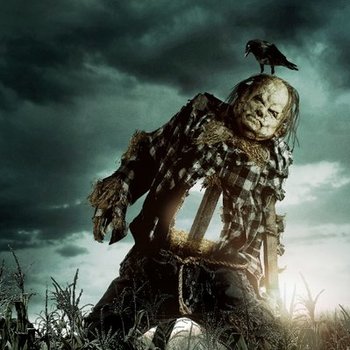 As Alfred watched, Harold kneeled down and stretched out a bloody skin to dry in the sun. 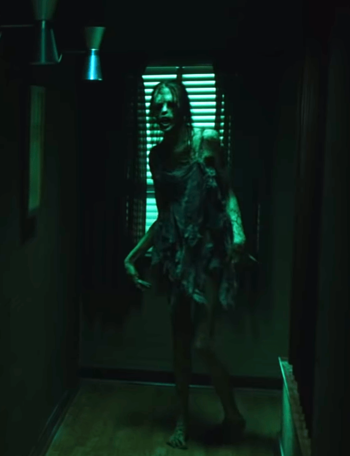 Who took my big toooooe?

A toeless corpse that stalks Auggie Hilderbrandt in search of her missing big toe. 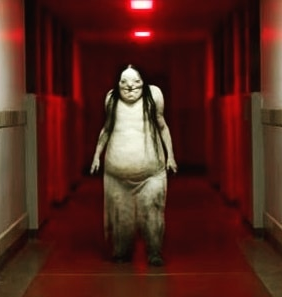 She leaned over the bed and whispered, "This is an evil place. Flee while you can."

A bloated ghostly woman that harasses Chuck Steinberg in the hospital basement. 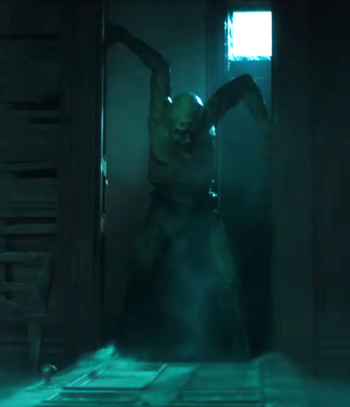 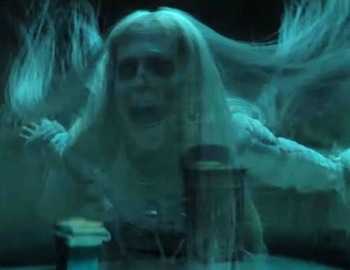 The haunt came right across the room, straight to him, and took hold of his coat.

The ghost of Sarah Bellows, the author of the book of scary stories.