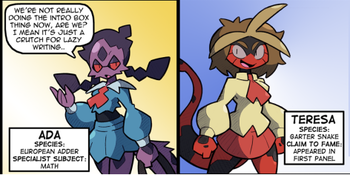 An inseparable couple and the main focus of the hijinks that occur in the comic. 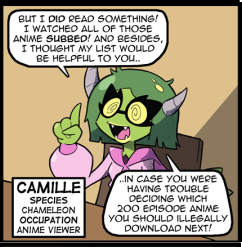 Scalie Schoolie's resident eccentric. Her antics really seem to piss off everyone around her. 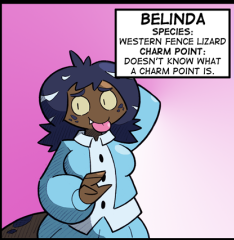 Meek and feckless, this girl gets no respect. No respect at all. 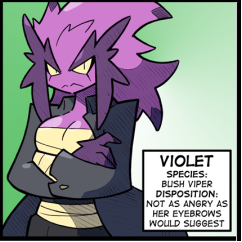 Physically imposing girl who is actually really nice. Not that people around her would care to notice... 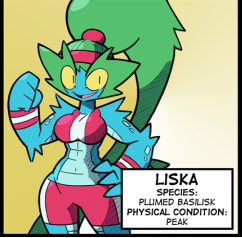 Athlete of unspecified discipline, but not too bright. 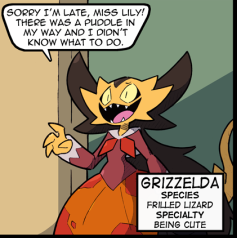 A small self-absorbed and wealthy girl. 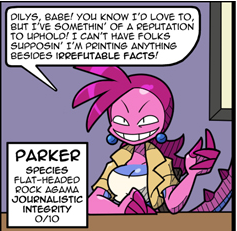 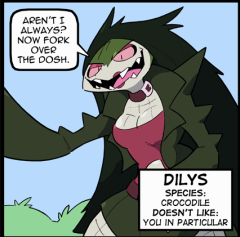 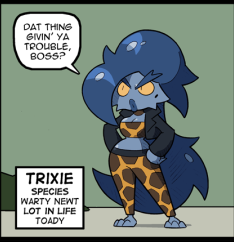 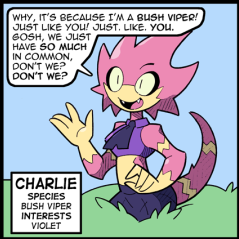 Small excited girl with an unhealthy appreciation for Violet. 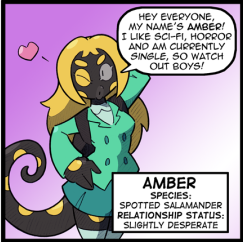 Pretty girl who is actually quite lonely. 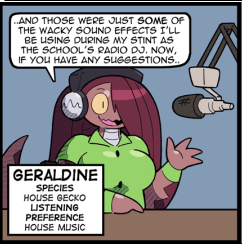 The school DJ who doesn't have much else to describe her. 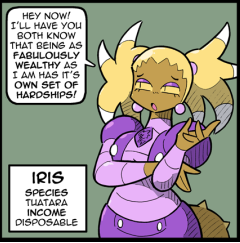 Probably the richest girl on campus and is more than willing to flaunt it. 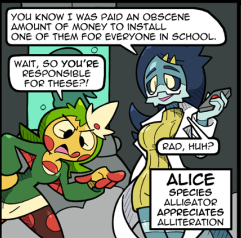 Student genius with a ominous lab on campus. 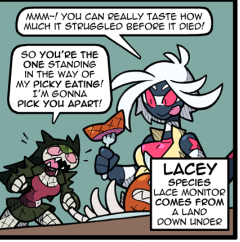 Scrappy new girl at school with a funny accent. 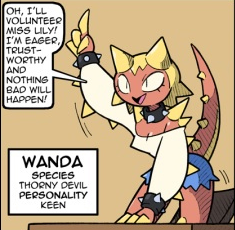 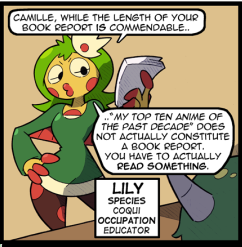 The ONLY teacher seen on campus thus far. That said, her students make her work life complicated. 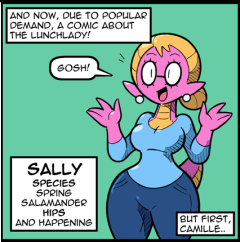 Works at the cafeteria as a lunch lady, serving food and sarcasm. 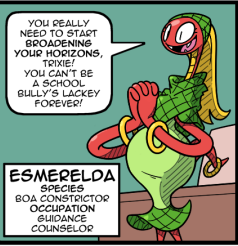 A warm and caring Guidance Councilor and the third school staff member to be seen. 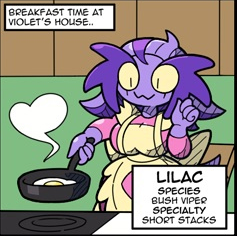 Violet's doting mother, who means well but does more harm than good.