The characters of Saya no Uta. Unmarked Spoilers from this point onward, as every character is a Walking Spoiler to some extent. 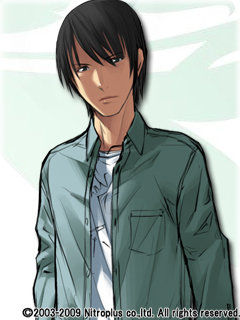 The main character. A medical student in his twenties and the sole survivor of a horrible car accident. Saved by an experimental medical treatment, he now sees the world in a contorted manner with the exception of one thing: a girl named Saya. 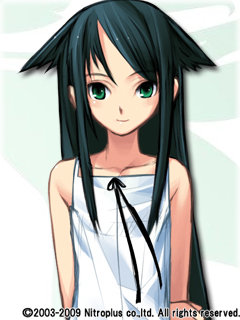 A strange girl who's been living with Fuminori ever since he got out of the hospital. She's the only thing that appears normal to him. 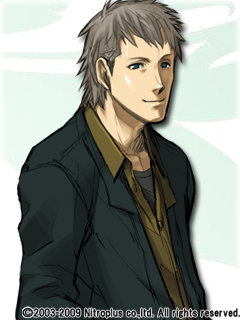 Fuminori's friend. After Fuminori's accident, he has been trying to help Fuminori's life get back to normal. 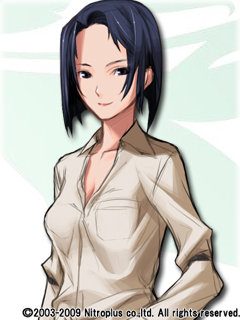 Koji's girlfriend and Yoh's best friend. She's killed by Saya when she invades in Fuminori's house. Her flesh is the first that Fuminori eats. 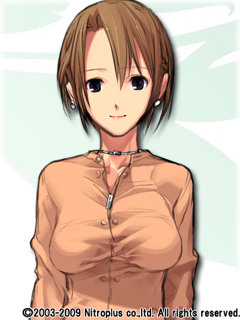 A young woman with an unrequited crush on Fuminori. She sincerely tries to help and understand him but her attempts to reach out to him are always met with disdain. 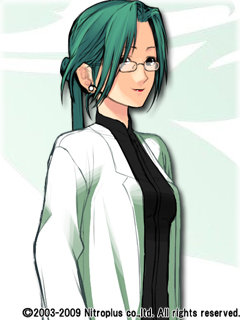 Fuminori's doctor. A friendly professional who wants to help Fuminori as best as she can. Her real personality is actually very distant and calculated. She also knows a lot more about Fuminori's condition and treatment than she lets on. 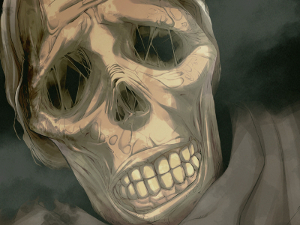 Doctor Masahiko Ogai is the foster father of Saya and he worked in Dr. Tanbo's hospital, until he suddenly disappeared. He's involved in several mysteries as Fuminori helps Saya to find him and investigates him. Ogai studied Saya and taught her various things, such as communication and maths. He commited suicide, and his skeleton is found by Doctor Tanbo and Koji if the player doesn't play the first ending.

Voiced by: (credited as) Masayuki Onizawa 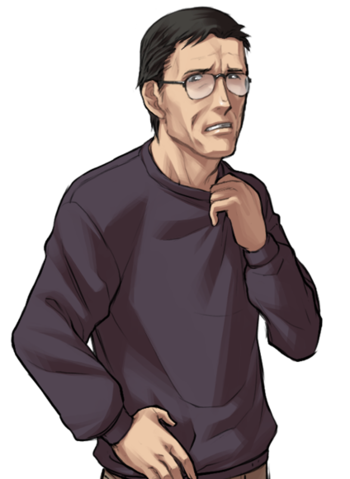 Fuminori's neighbor and an artist who lives with his wife and little daughter Hiromi next to the Sakisaka house. Saya messes with his brain, giving him the same vision problem as Fuminori. Believing that his wife and daughter are aliens, he kills them and then he rapes Saya, believing she's the only girl in the world. He's killed by Fuminori during his rape.