Warning: Much like the main page, this page contains a large number of spoilers. Many of the examples below will assume you know the spoilers revealed by the endings of Saw, Saw II, Saw III, and Saw IV; as a result, those spoilers are frequently left untagged. Even then it is advised to have finished the series first. You Have Been Warned. 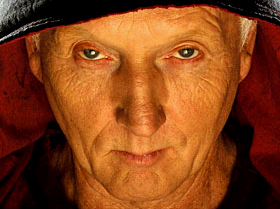 "I want to play a game."
Played by: Tobin Bell
''Yes, officer, I'm sick. Sick from the disease eating me away inside, sick of people who don’t appreciate their blessing, sick of those who scoff at the suffering of others. I'm sick of it all!''

John Kramer was an engineer who was driven to become the Messianic Jigsaw Killer after a series of tragic events and circumstances — his unborn son was killed when his wife, Jill, had a miscarriage; this caused John to drive her away, making her divorce him. John was later diagnosed with an inoperable tumor, which led to cancer. When his insurance company turned down an experimental treatment that could have potentially saved his life (or at least prolonged it), John attempted suicide. When he survived, his new outlook on life became his motivation to become the Jigsaw Killer.

Jigsaw kidnaps people that he believes aren't valuing their lives or are intentionally hurting others, then forces them to go through sadistic "tests" where there are usually only two outcomes: live (and gain a new outlook on life) or die. John was eventually killed by Jeff Denlon, one of the last of his direct victims. Events ensuring his legacy would live on, however, were already in motion — Mark Hoffman, one of John's apprentices, continued Jigsaw's work after his death.

Notably, John himself admits that he never came up with the name "Jigsaw" or "Jigsaw Killer"; the press dubbed him so because of his penchant for carving a jigsaw-shaped piece of flesh from his dead victims — a reminder of the "missing piece" of the "human puzzle" those victims lacked, which he believes could have saved their lives- the apparent "survival instinct".

The First Apprentice (SPOILERS FOR Jigsaw) 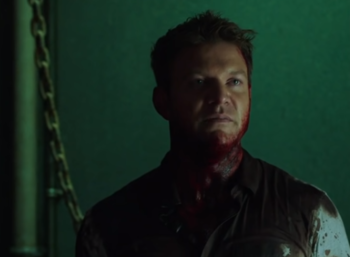 "I speak for the dead. "
Played by: Matt Passmore

Jigsaw's first cohort aiding in his schemes. Logan served in the military for a tour in Iraq during the Iraq War, during which he was captured and traumatized. His mental instability leads to his discharge and he later returned to medical school to pursue a career as a medical examiner. Selected as a victim of one of John's game due to his negligence as a medical resident that led to John's inoperable cancer, John released Logan from the game when he realized he accidentally overdosed him and made his game unsurvivable. After realizing Logan's mistake at the hospital was an honest mistake, he befriends and convinces the mentally unstable man to his cause. Logan is the architect of the iconic Reverse Beartrap used to test John's other two apprentices but was otherwise not actively involved with his mentor. Long after John's demise, Logan ultimately decides to take up the mantle as his successor with the fate of the wayward Hoffman and indifference of his other major accomplice. 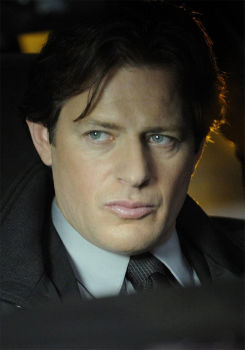 "You told me the only way to help people reach true enlightenment was to detach emotionally."
Played by: Costas Mandylor
"You want to know the only thing wrong with killing you, Jill? I can only do it once."

Jigsaw's second canonical apprentice, and the third Jigsaw Killer (after Amanda Young). Hoffman is a cop assigned to the Jigsaw case. He uses the knowledge he has of Jigsaw by virtue of following the case to murder his sister's killer using Jigsaw's MO. The frame job catches John's attention, and Hoffman is blackmailed into helping Jigsaw. Shortly afterward, he becomes a willing accomplice. At some point, he began to fall in love with his carnage and, like Amanda, did not completely buy into Jigsaw's philosophy. After Jigsaw and Amanda's deaths, Hoffman continued John's work until the seventh film. His true identity as Jigsaw's accomplice/successor was discovered in the sixth film, but was only revealed to the police force at large in the seventh film. 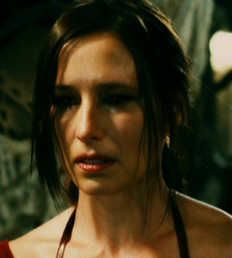 Played by: Shawnee Smith
"He helped me."

Jigsaw's third apprentice, a junkie who had been the first to survive his tests. She, like Hoffman, perverted Jigsaw's message by creating traps that were inescapable; she believed that Jigsaw's philosophy was flawed and is doing her victims a favor than suffer psychological scars for the rest of their lives. She also had an inadvertent hand in causing the miscarriage of Jigsaw's child.

The Secret Accomplice (SPOILERS FOR Saw: The Final Chapter) 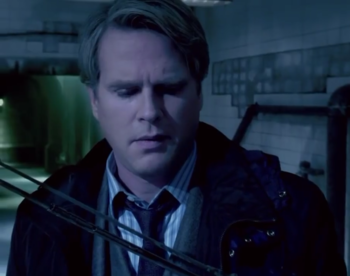 After surviving his horrific game, Lawrence was nursed back to health by John and inducted into his cause. He would often assist John in searching for victims and lending his surgical expertise for some games. However, he designed no traps of his own and his existence was a mystery to Hoffman and Amanda, the former of which he was keeping a close eye on from the shadows. Lawrence ultimately took it to himself to end Hoffman's life after he committed a mass murder revenge spree that culminated in the murder of Jill Tuck. 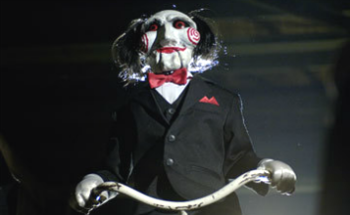 "Congratulations, you are still alive. Most people are so ungrateful to be alive, but not you. Not anymore."

Not a living character, but possibly the film series' most iconic face. A creepy white-faced puppet in a snappy little suit. Usually used to deliver messages to Jigsaw's victims via video screen. 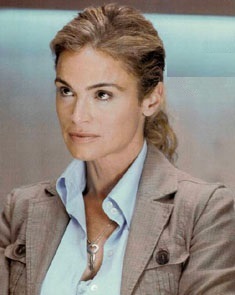 "Game over."
Played by: Betsy Russell
"I'm only carrying out John's final request."

Jigsaw's ex-wife. Made her first appearance in Saw III (in flashbacks), and appears throughout the rest of the series. 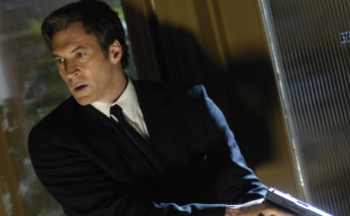 An FBI agent assigned to work with the local police on the Jigsaw case. He has a prominent role in IV and is the main protagonist in V. 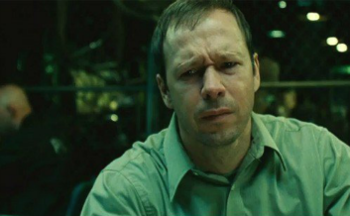 "The clock is ticking, John."

The main protagonist of Saw II, and a supporting character in Saw III and IV. A cop that is pulled into the Jigsaw case when one of his informants is killed in a Jigsaw trap.

A side character in Saw I, II and III. The first cop assigned to the Jigsaw case, and the self proclaimed "Jigsaw Expert". She has been tracking this case from the beginning. 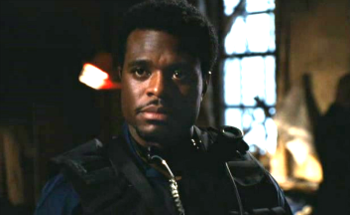 A side character in Saw II and III, and the main protagonist of Saw IV. He is a cop on the local police force.

A side character in Saw VI and Saw V. He is and FBI agent and the superior of Perez and Strahm.

He is one of the main protagonists of the original Saw. The doctor who was treating John at the hospital, he wasn't particularly caring towards his patients, being more interested in treating the disease than the person. He was also taking his family for granted. Jigsaw thinks he has a way to teach him to appreciate them more... 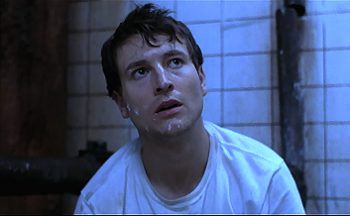 Played by: Leigh Whannell
"Face it Larry, we're both bullshitters. My camera, it doesn't know how to lie. It only shows you what's put right in front of it."

The other main protagonist of the original Saw, locked in the bathroom with Dr. Gordon. A photographer by trade, Adam was paid by David Tapp to take pictures of Lawrence. 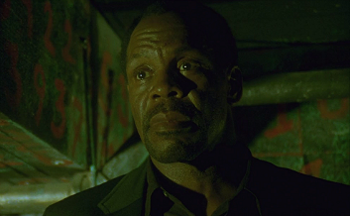 "Who said anything about a warrant?"

The detective assigned to the Jigsaw case before Eric Matthews. After finding evidence pointing to Lawrence Gordon as the Jigsaw Killer, he began to obsess over arresting him, even after Gordon's alibi proved that he couldn't be the killer. After Jigsaw wounded him and killed his partner, Steven Sing, he was discharged from the force. 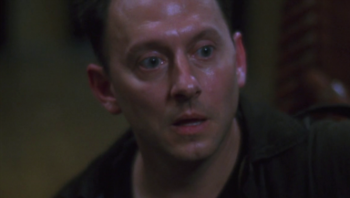 Played by: Michael Emerson
"It's the rules."

An orderly who tended to John Kramer while he was being diagnosed with cancer. He formed a sort of bond to the madman, which went horribly when Kramer decided to include him in his rise to evil.

A drug dealer captured by Jigsaw and forced into the "Gas House" of Saw II with a half dozen other "subjects". He is notable in the series for being the only antagonist that is, at no point, aligned with Jigsaw in any way.

An arsonist who is one of the captives of the "Gas House" of Saw II. Jigsaw/John Kramer insinuates on a tape that Obi had actually helped him get the "subjects" for the house by kidnapping one. 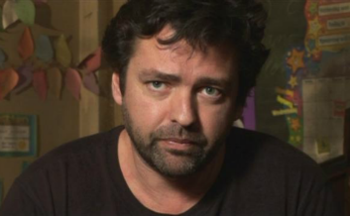 The main protagonist of Saw III. His son was killed by a drunk driver. He is unable to let go, to the detriment of the rest of his family, his daughter Corbett, and his wife, Lynn. Jigsaw devises a series of traps in an attempt to help him let go and forgive those responsible for his son's death. 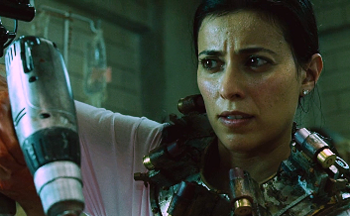 A major character in Saw III, Lynn is kidnapped by Amanda and forced to perform a brain surgery on John Kramer to keep him alive. In order to ensure her cooperation, a devise is placed on her neck that is hooked up to John's heart monitor, ensuring she only lives as long as he does. 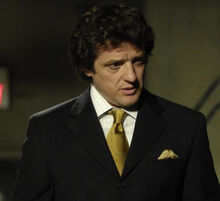 A criminal defense lawyer as well as a friend and business partner of John Kramer. As his friend, Art supported his Urban Renewal Group, a foundation dedicated to property development for needy people under the motto "Four walls build a home." However, despite this social commitment, Art's work had a less honourable side, as he defended people for crimes they were guilty of. This got him targetted by John when he started the Jigsaw killings.

A drug addict and a thief. Cecil is Jigsaw's true first test subject. He first appears in Saw IV (in flashbacks), and also has a brief appearance in Saw VI (also in a flashback).

A serial rapist and proprietor of the run-down Alexander Motel. He becomes one of the subjects of Rigg's game.

The boyfriend and murderer of Hoffman's sister. Hoffman used his knowledge of Jigsaw to kill him and frame Jigsaw. When the real Jigsaw found out, he blackmailed Hoffman into becoming his accomplice.

Played by: Julie Benz
A real estate developer who orchestrated the burning down of a building, killing 8 people. She is one of the Fatal Five.
Saw VI Characters 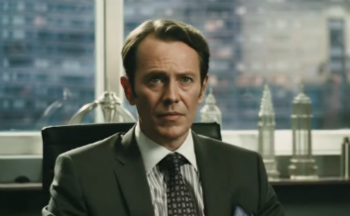 The main protagonist of Saw VI. He is the head of a local health insurance office and is in charge of, among other things, allowing or denying claims. One of his customers was John Kramer; Easton personally denied coverage for an experimental treatment for John's brain tumor. That was probably not a good idea. 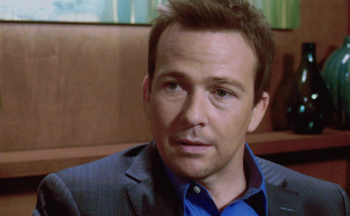 The main protagonist of Saw 3D. Dagen realized that Jigsaw victims could make a lot of money by telling their story — if they weren't so traumatized by the experience. To this end, Dagen decides to lie about being a victim, publish a book about his "experience", and go on the talk show circuit to rake in the cash and fame. Jigsaw takes issue with this... 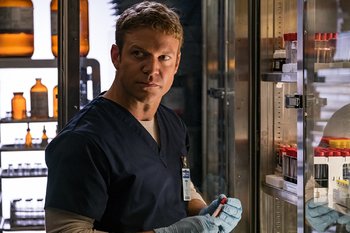 The main character of Jigsaw. Logan is a medical examiner that works with the police. When the Jigsaw murders start up again, he is eventually made into a suspect.

The assistant medical examiner who collaborates with Logan in investigating the new Jigsaw murders.

One of the test subjects of the barn game.