In General
The ageless denizens of a dead universe who now live on Earth, staying out of the sight of humans, trying to rebuild their civilization, but mostly just getting on each other's nerves.

In General
At a manor in rural England lives a man called Sullivan with a menagerie of Kivouackians, which seems to include a number of the most powerful and infamous from their former society. How exactly they came to meet Sullivan and operate at his house has not yet been fully revealed.
Sullivan 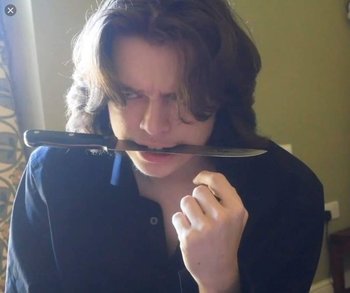 "...And what the fiddly fuck is goin' on here?"
"What a fuckin' useless bunch of cunts we are."

The somewhat hapless host to the Kivouackians on Earth, and their go-between for dealing with the rest of human society. 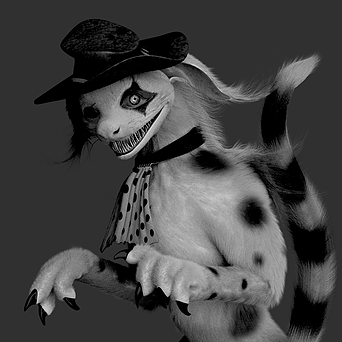 "'Cowards die many times before their deaths.' Good old Shakespeare."
"A head's just a hat for your torso!"

A former judge of the Kivouack, and also a completely unhinged violent maniac. 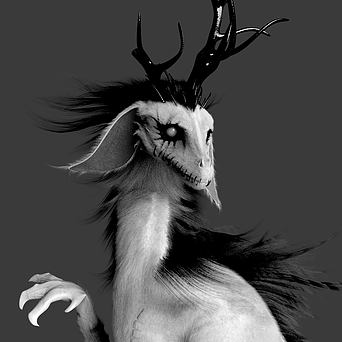 Once the Grand Whisperer to Grand Voice Locket, Winifred is now a haunted, traumatized shadow of herself, unable - or unwilling - even to speak. Lucy takes great pleasure in mocking and abusing Winifred for it, while Fleischer conversely does his best to protect her. 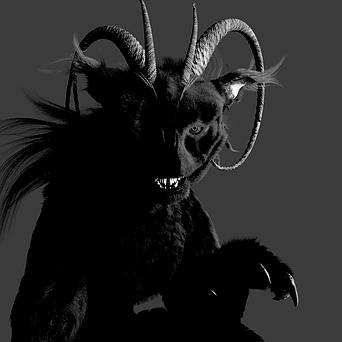 "My bloodletting days are behind me."
"Well, fuck-a-doodle-doo. Look who's finally awake."

A veteran of the Yolsh (Locket's army in the glory days of the Kivouack), Shuck now spends his days drinking with and snarking at Lucy and Fleischer. 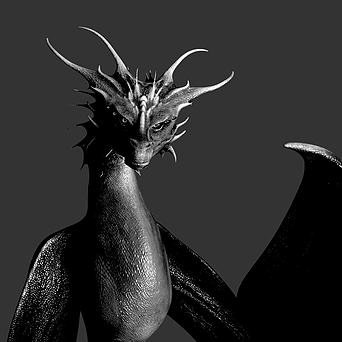 "We all have shadows at our heels. But you need not let them consume you. You need only turn on the light."
"You're all fucked in the head!"

Winifred's self-appointed protector from Lucy's abuse, Fleischer frequently finds himself the lone voice of reason among the household, with the possible exception of Sullivan. (Sometimes especially Sullivan.) 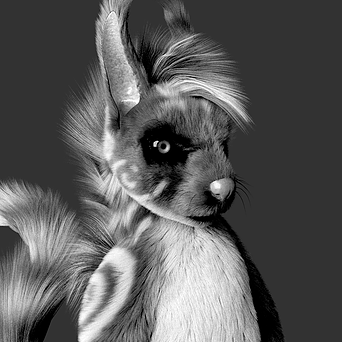 "So is this it, then? Am I just an experiment to you?"
"I've seen squirrels. They do look a little similar, but how am I one of them?"

A seemingly ordinary ground squirrel, Hyzenthlay is the sole resident of Sullivan's estate (other than the man himself) who's not a Kivouackian, and yet nevertheless seems to play a deceptively important role in their plans for Earth.

The latest in a long string of hapless gardeners under Sullivan's employ. 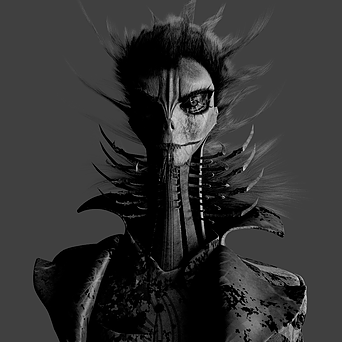 "If the sheep averts its gaze from the forest, the wolf will strike it dead at its back."
"Let us in, Sullivan, we've been out here so long, we're in danger of photosynthesizing."

The leader of the surviving Kivouackian government on Earth, Ludwig takes his duties very seriously. Sometimes too seriously for the others' tastes. 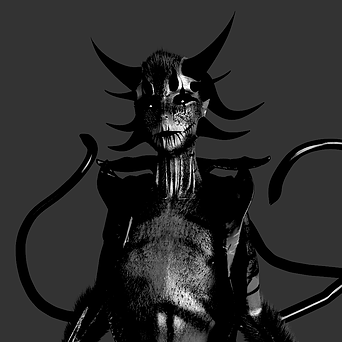 "You're such a misery, Ludwig! We needed a break!"
"Don't start, you sadistic carpet-crawler!"

Ludwig's second-in-command of sorts, Wexle is usually sweet and gentle but a mighty warrior when she needs to be. 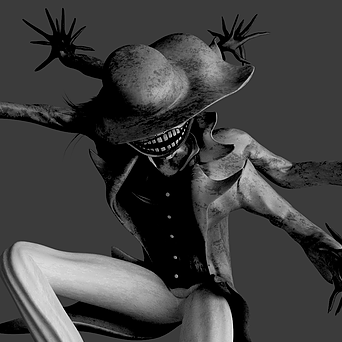 "A good distraction from the bleak reality of our situation."
"And thus I was an outlaw no more! I simply legitimized my trade, dear girl."

One of the oldest Kivouackians yet seen, Fontaine is Ludwig's assistant, advisor, and mentor all at once. 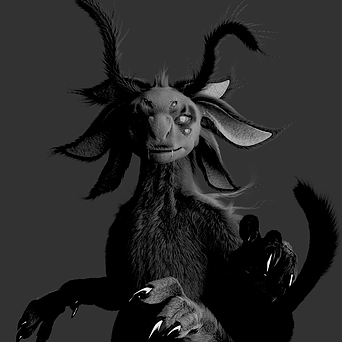 "Surely humans can't be a threat, can they?"
"Uh, excuse me, but am I interrupting something?" 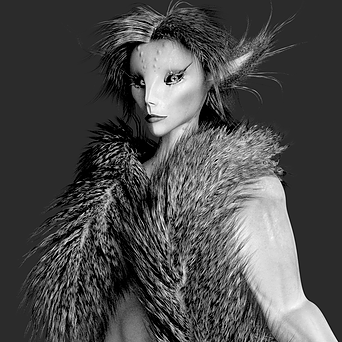 "We're all prisoners, in one way or another. We're just chained to different masters."
"Fuck off, Croft!"

Another of Ludwig's lieutenants, with a rather high opinion of herself. 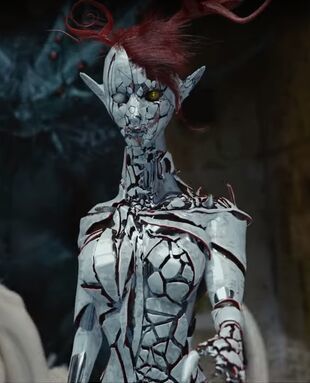 "I have so much to give. But first I must take." 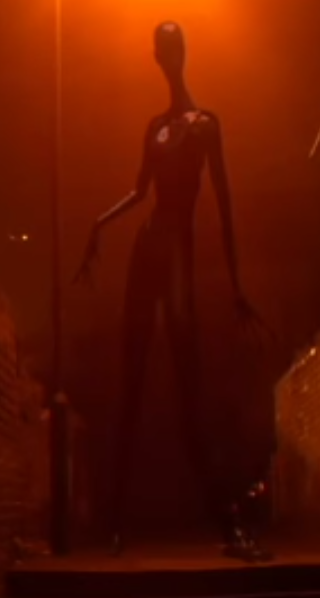 "I've got your SCENT."
"It entertains my senses and dulls the pain. I'd like another."

The old Grand Voice, back when Kiouvack itself existed. Apparently imprisoned on some manner, then later released. Opinions on her among the remaining Kiouvackians are heavily divided. 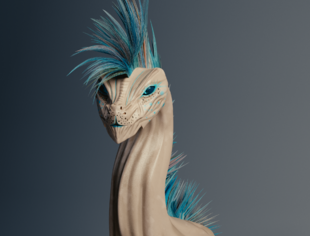 "Fall back to the balcony! We'll deal with this bitch."

One of Locket's current followers, introduced in Hello Stranger. 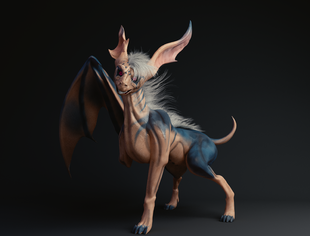 "So much to remember and so much to do and say, and so many places to visit!"
"Do you think ducks like chickens? Or is it some sort of, like, ehhh, you know, fighting, war sort of thing, like dogs and cats, you know? Ducks and chickens? No? Maybe not."

Swiftest of the kivouackians and another messenger for the community, the only thing faster than Felicity's legs is her mouth. She is, to say the least, a bit odd.

Holly
A rabbit-like messenger for Ludwig.
Maargit
A black and white, human-esque Kivouackian who meets up with Quinn after he gets shot.
Cascade
Dizzy Jones

Possibly the most feared being who ever lived. He was...somehow involved in the utter collapse of the Kivouackians' previous society as well as the Kivouack itself; his ultimate fate is as yet unknown. 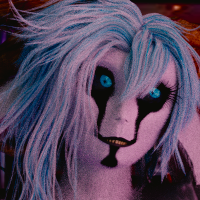 "I'm Whisper to Fontaine, and I don't serve turncoats."
"Let me get this straight, so I don't go fucking mad right here now." 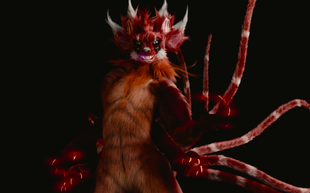 "All I know is when fuckers can't handle grief, they turn to easy ways out."
"Eh, pour me a fuckin' drink, Darling, I'll tell ya all."
Bob
Mystique
Titania 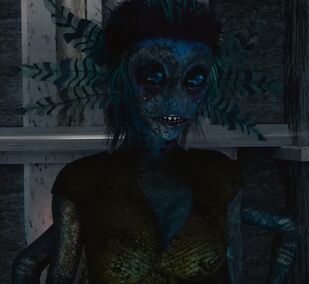 "When you come across a problem with circuitry, you have to gently remove the broken components. Ripping it out will just break the whole damn thing!"
Ed
Bamforth
Whittaker