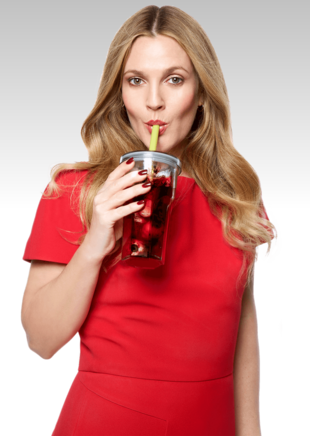 A perky and upbeat woman who has recently become a zombie. Now she needs to feed with human flesh, but outside of that, she is still a very loving wife and mother.
Advertisement:
Joel Hammond 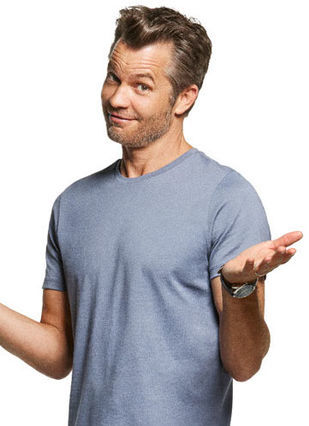 Sheila's nervous husband. A man trying to keep his family together after what's happened to his wife.
Abby Hammond 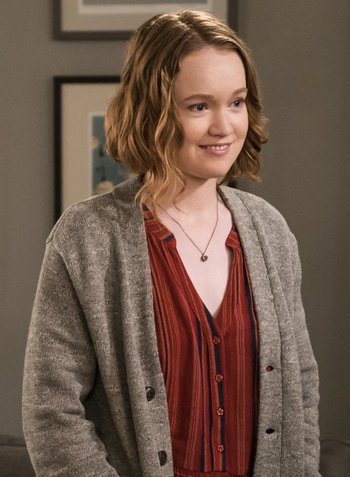 The Hammond's snarky and cold daughter. A girl who has figured out her parents are into something bad and uses this as an excuse to misbehave now. She starts to grow out of it later on.

Abby: Like with this doctor; she is in town to save my mom's life and all I can think about is that she's taking my bedroom.
Eric Bemis 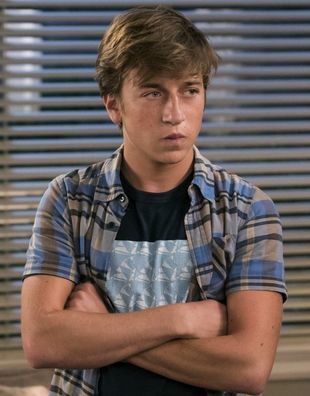 A nerdy guy aficionado for horror and zombies. The Hammonds accept him among them due to being the most well informed person about zombies they know.
Gary West

The Cult of Sheila

An unstable man that Joel meets at the psychiatric hospital in Season 2.
Jean

A grumpy old woman that Sheila meets when she volunteers for meals on wheels. She's dying and will not be able to see her grand-daughter.

Paul's brother and a former sniper for the military.

The feisty and lustful neighbor of the Hammonds and Eric's mother.

The town's religious sheriff. She gets together with Lisa in season 2. 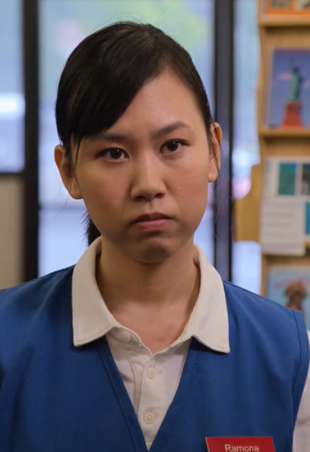 The store clerk that works at a Rite-Aid near the Hammond home.

A corrupt cop in Santa Clarita and Lisa's husband who torments her son and creeps the Hammonds out.

A drug dealer and criminal that Sheila and Joel have to deal with due to an agreement with Dan.

The Knights of Serbia

"People hear Grand Knight Prior and expect a 6 foot warrior princess riding a horse and swinging a burning skull, but me? I like comfortable shoes and a four-door sedan."
The Grand Knight Prior of the Knights of Serbia, a top-ranking official who is known and earned her title by slaying the last known undead in the US.
Paul

A Knight of Serbia searching for Sheila with his wife.

A sadistic Serbian man obsessed with the undead.