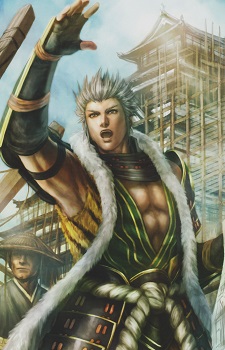 One of Hideyoshi's retainers and a member of the Seven Spears of Shizugatake. He shows up in SW3.

Kiyomasa wields a scythe-like spear and his element is Wind. 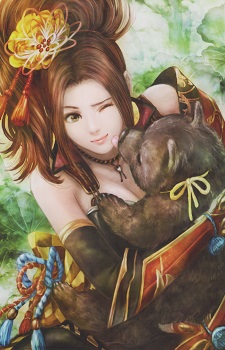 Daughter of Ujitaka Narita, she serves under Ujiyasu Houjou. A rather tomboyish girl with interests at martial arts and exceptionally strong and Hot-Blooded, which can cause several other girls to tease her as being either unfeminine, or likened to a bear, much to her chagrin.

She fights with a whipsword and the Thunder element. 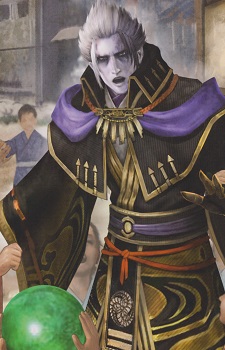 A strategist for the Oda Clan and later Toyotomi, Kanbei is ruthless and dispassionate. Just about everybody hates him for it. He is dead set upon eliminating all "sparks of opposition" to the land's unification.

His main weapon is sorcery via Crystal Ball and he is a user of the Fire element. 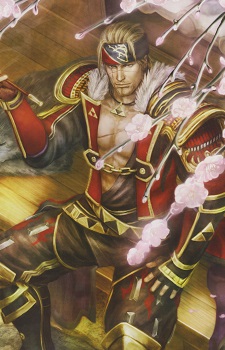 "The third head of the Sagami (Hojo) clan, Ujiyasu is also known as 'the Lion of Sagami.' He gives the initial impression of being a reckless rogue daimyo, but his rough manner belies a compassionate soul. He has genuine humanity and the ability to see things from the point of view of both civilians and his troops. In battle, he is a master of cunning but at the same time can be completely direct."

The experienced leader of the Hojo clan, Ujiyasu is a man who has lived through many battles and has overcome unfavourable odds through planning, craftiness and just plain fighting dirty. He cares very much about all of the people who live on his land, be they soldier or civilian, and will go out of his way to ensure their safety (even during battle, which surprises many of his enemies). This has earned him their sworn loyalty and devotion.

Unlike most other daimyo, however, he has very little ambition and never once looks to expand beyond Sagami. Most of the battles he participates in involve defending or ensuring the stability of his region. Ujiyasu's most notable retainers, Kai and Kotaro, assist him in this task.

Considered part of the 'Kanto trio,' along with Shingen and Kenshin.

His main weapon is a Shikomizue (cane sword) but he's not above using bombs and mines... or indeed taking out the enemy with a well-placed headbutt! His element of preference is ice. 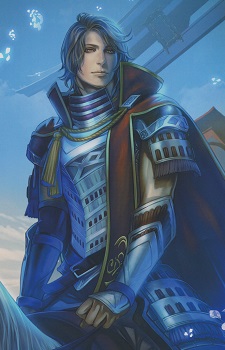 Rides into battle with a claymore and a rondache (a.k.a. a broadsword and a buckler) and his element is Wind. 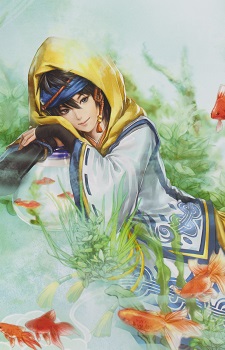 Former tactician for the Saito clan who joins the Oda (more specifically under the Hashiba banner) after meeting Hideyoshi. He's generally a cheerful and upbeat, if rather lazy, man, in contrast to his closest friend Kanbei. Along with Kanbei and also Motonari, he is described as one of the 'three geniuses' by the fandom.

His weapon can only be described as a bladed sundial that also functions as a one-man Steampunk helicopter. He has the Ice element. 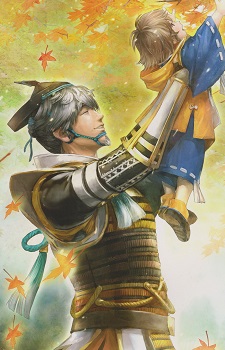 The lazy but clever leader of the Mōri clan, who chose to fake his own death so that he could retire and be a historian instead of leading his clan — the rise of Nobunaga brings him back into the fray, however. Often referred to as one of the 'three geniuses' by the fandom, along with Hanbei and Kanbei.

His weapon is a sort of crossbow attached to his arm, loaded with three arrows. He has the Ice Element. 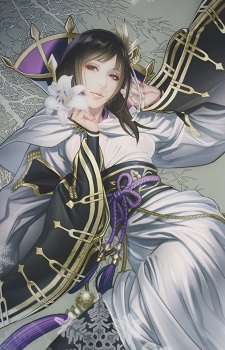 Kenshin's elder sister, a shrine maiden who helps her brother in battle. He values her greatly, often bowing at her feet and following any orders she gives. Referred to as a strong woman with noble values, yet is also said to lack 'human kindness' at one point.

Her Weapon of Choice is a bladed staff. In 3 she was a unique NPC, wielding a naginata. 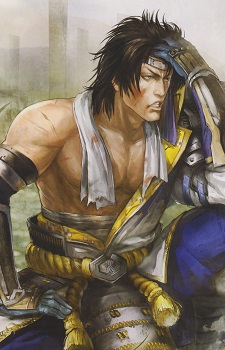 One of the Seven Spears of Shizugatake and a friend of Kiyomasa. He started as a spear-wielding unique NPC and later became a player character, armed with a club. 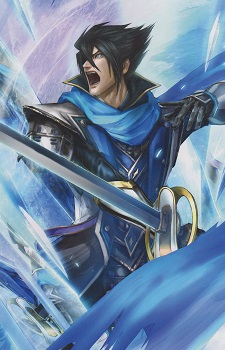 A ronin who served many lords, most notably the Azai, throughout the years, but eventually settled with the Tokugawa. He's often praised as an excellent castle constructor.

His weapon is a saiken (slender sword) rapier styled slightly into a katana, since it still has a single edge. Unsurprisingly, his element is Ice. 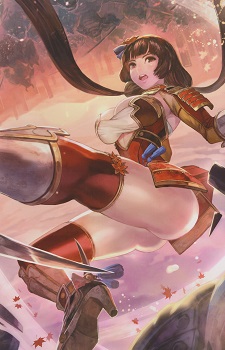 The female head of the Ii clan, an ally of the Tokugawa since their time under the Imagawa banner. She lived until 1582, when the clan was inherited by the famous Ii Naomasa, Tokugawa's Red Devil.

She fights using bladed boots and martial arts, while her element of choice (as of 4) is Earth. 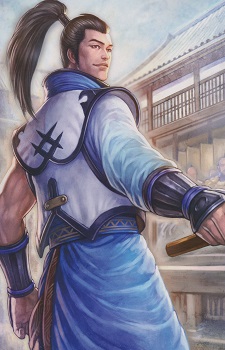 One of the grand masters of the Yagyū schools, now serving the Tokugawa to end the age of war that ravages the land. He ends up as Ieyasu's sword instructor. He's better known as the father of one of the most romanticized Samurai in the era, Yagyu Jubei.

He wields a sheathed tachi as his weapon of choice, and his element (as of four) is Wind