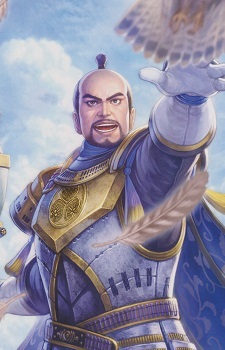 The Third of the Three Unifiers of Japan, closing out what Nobunaga started and Hideyoshi expanded. Ieyasu Tokugawa is a very patient man who values a slow and steady, one step at the time approach as a solution to most problems. As he wasn't playable in the first game, Ieyasu was at first a bit of a Smug Snake. However, he still talks about patience in the first game. In Xtreme Legends, he begins to show some competency here and there, and by the time of the second game, he is a very capable general and ruler indeed.

He uses a spear which doubles as a cannon for a weapon. His element is Fire. 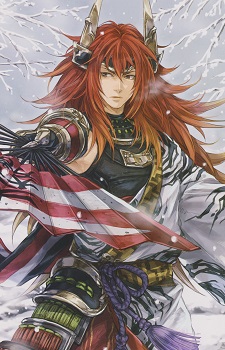 Toyotomi clan retainer and strategist, Ishida Mitsunari becomes Ieyasu's biggest rival after Hideyoshi dies. He would lead the pro-Toyotomi in the Battle at Sekigahara...and if you've been keeping up, know how that turns out...

Is armed with a general's tessen (iron folding fan) and his element is Ice. 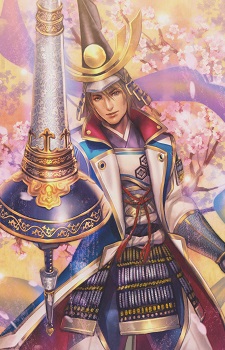 Head of the Azai clan, Nagamasa is a man who fights for love and honor. He is conflicted between his love for Oichi and his loyalty to the Asakura.

His element is Thunder and his weapon is a lance. 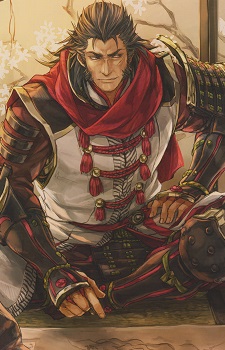 A strategist who has an uncanny resemblance to Elvis Presley. He fought alongside Shingen and now he serves Mitsunari Ishida.

Wields a very large broadsword and uses the Wind element. 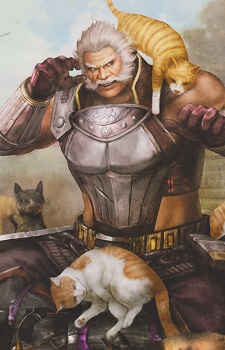 The old leader of the Shimazu clan, known as "Devil" Shimazu. He's a rival of Ginchiyo and the Tachibana Clan.

Armed with a large mallet and the Wind element. 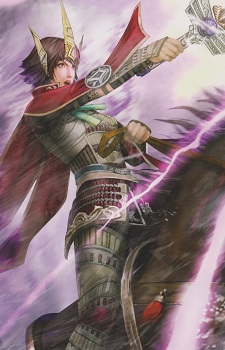 The last of the Tachibana clan (as she is quick to remind everyone), intense rivals with Yoshihiro Shimazu and a no-nonsense woman who doesn't pull any punches.

Her sword is lightning-shaped and reflects her element (Thunder). 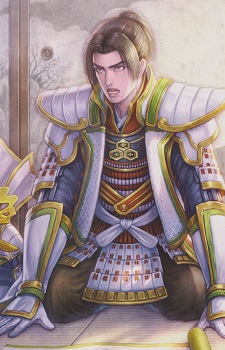 The honor-obsessed retainer of the Uesugi clan who strikes up a very unlikely friendship with Mitsunari and Yukimura.

Wields a special sword and Ofuda scrolls as weapons, and has the Fire element. 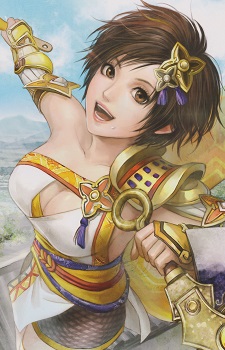 Toyotomi Hideyoshi's wife, replacing Kunoichi as the ninja in the second game. Since she can't bear any child to Hideyoshi, she "adopted" the Toyotomi clan and acts as a mom to them all.

Her weapons are dual short swords similar to Kunoichi's daggers, and she too has the Ice element. 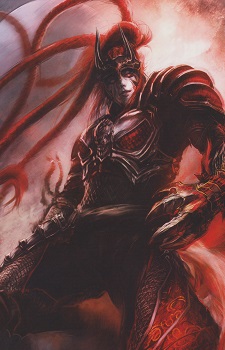 Kotaro Fuma is a Ninja of the Hojo clan, a sadist who scares even his own retainers. He doesn't seem to care about anything except spreading more chaos through the land.

Uses some weird, clawed gauntlets that allow him to stretch his arms and his element is, not surprisingly, Demon.

His villainous role in third game is toned down, thanks to introduction of Kai and Ujiyasu for Hojo clan. 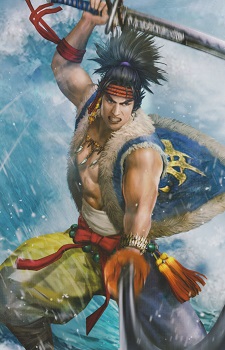 The Greatest Swordsman in Japan, Musashi Miyamoto was specifically brought in to be the premiere swordsman of the game, as such the one and only Sword Saint of Japan gets an appropriate appearance as a nigh-invincible warrior. This version is a somewhat dialed back take on his pre-Kojirou unrefined battle-seeking youth.

Fights with two swords in a Daisho combo and his element is Demon. 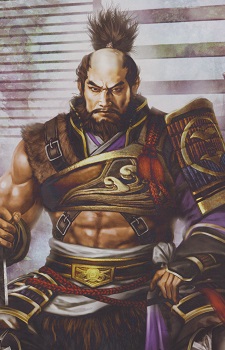 A veteran retainer of the Oda clan, Katsuie wonders if an old-fashioned curmudgeon like him is even relevant anymore in the new era. 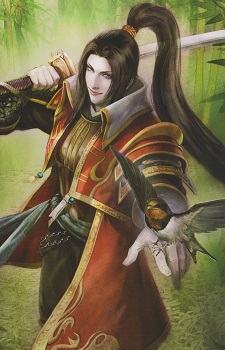 Sasaki Kojirou is a skillful yet creepy swordsman who goes around killing people For the Evulz and is obsessed with giving Musashi a beautiful end.

Kojirō possesses a very long katana and can summon huge blades from the nether. Like Musashi he has the Demon element. 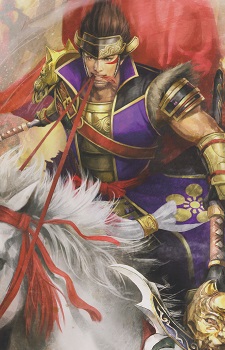 Retainer of the Oda clan and good friends with Hideyoshi, considers Shibata Katsuie to be his mentor. He's also the Poster boy for Samurai Warriors 2 Xtreme Legends.

Uses a sword and two spears to fight and his element is Fire. 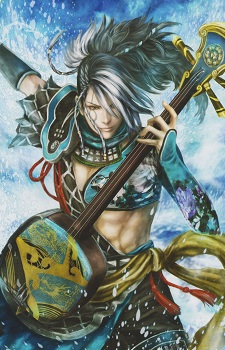 Lord and hero of Tosa, as well as the daimyo of Shikoku. Motochika is a rebellious spirit known for never giving up; he 'resists until the very end.' In addition, he remarks often that he nevers wants to be forgotten by history, but at the same time is very big on moving forward.

In SW2: XL, he supports the Toyotomi and then the Western Army. Much of his story is focused on events concerning his son Nobuchika and Yoshihiro, and learning to deal with loss. He is shown to have a great liking for Ieyasu despite the man always being the enemy, and is profoundly affected by the events of Sekigahara.

In the third game, however, his story is very different. Set earlier in the era, it is focused almost entirely on Motochika's friendship with and support of Akechi Mitsuhide, and he often states that he acts at the soft-hearted Mitsuhide's 'strength.'

Motochika is a master musician who plays the shamisen... and also uses it as a weapon. This is achieved by utilising it as a club or playing certain notes on it to summon energy or water. His most powerful weapons tend to be aligned with the thunder element. 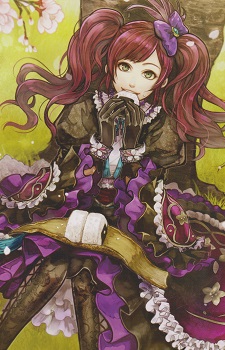 Gracia uses her fists enhaced by bracelets for a weapon, but her magic is her strong suit. Has the Wind element.