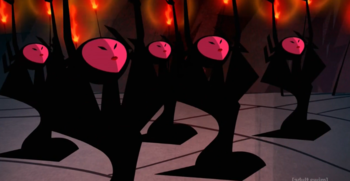 An all-female religious sect that worships Aku. They were led by the High Priestess, and helped her raise and train the Daughters of Aku. 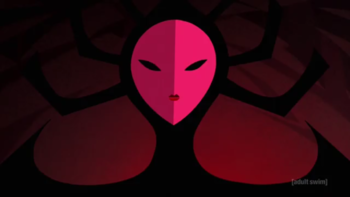 "Are you weak?"
Voiced by: Grey DeLisle

The leader of the Cult of Aku, and the mother of the Daughters of Aku, a set of identical female septuplets whom she has raised to become loyal warriors for Aku.

The Daughters of Aku

"Our destiny is your death!"
Click here to see them unmasked (Ashi in center). 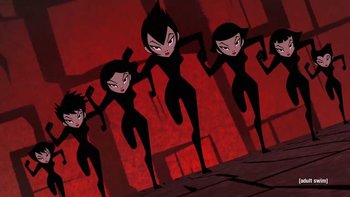 Seven sisters who were raised by their insane mother and her cult. They were trained and indoctrinated into becoming elite soldiers to serve Aku's will, by attempting to assassinate Samurai Jack.