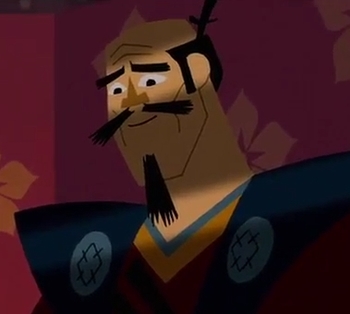 "The decisions you make and the actions that follow are a reflection of who you are, you cannot hide from yourself."
Voiced by: Sab Shimono (old), Keone Young (young, "The Birth of Evil" episodes), Jeff Bennett (The Shadow of Aku)

The father of Samurai Jack. He was a Japanese king and general who tried to destroy a puddle of primordial evil, but accidentally granted it sapience instead, creating Aku. The gods Odin, Ra, and Rama forged the sword that would later become Jack's from his righteousness. He manages to seal Aku, until he returns once again to unleash evil. Apart from the first episode and the two-parter covering him awaking and sealing Aku, he mostly appears in flashbacks. 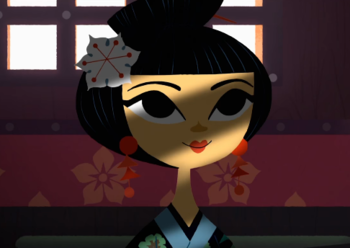 The mother of Samurai Jack, and the queen consort of the Emperor. Apart from the first episode and the two-parter covering her husband awaking and sealing Aku, she mostly appears in flashbacks and reminders of encouragement. 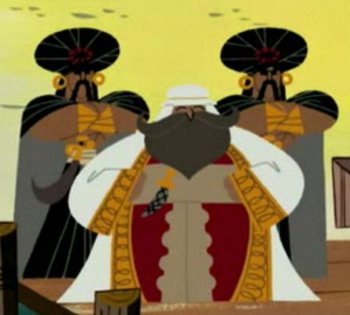 An Arab Sheikh who taught Jack how to ride horses. 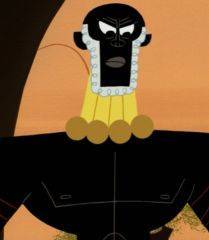 The leader of an African tribe that Jack can be briefly seen training with in the Pilot Movie during the montage of Jack growing older and learning different combat techniques around the world. The encounter was later expanded upon in the episode "Young Jack in Africa". 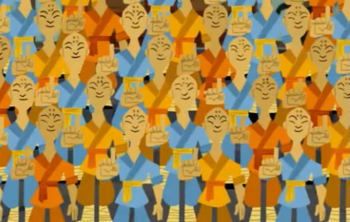 Chinese Buddhist monks who practice the martial art of kung fu, hidden away in an ancient temple. Their order is in fact the same that once trained Jack, and their Grandmaster met Jack himself thousands of years before. He's still alive, now being sustained by the very Earth itself, and offers sanctuary to Jack, as the temple is shielded from Aku's view. 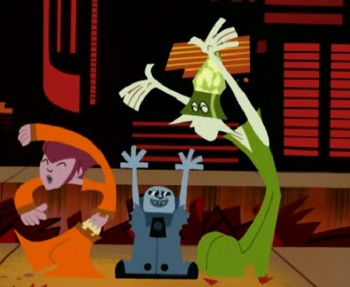 Three punks our hero encounters shortly after he first enters the future. They address him as "jack", which later inspires the samurai to adopt Jack as an alias. 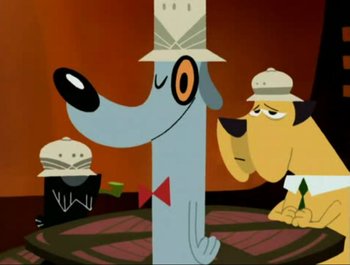 Three anthropomorphic dogs are dedicated to studying legends that their ancestors were once animals. They convince the samurai to save their land from a coming beetle droid invasion. Their names are Sir Dreyfuss Alexander (Bulldog), Sir Angus McDuffy (Scottish Terrier), and Sir Colin Bartholomew Montgomery Rothchild III (Dachshund).

A race from a peaceful, utopian society who were conquered and enslaved by the Chritchellites, using the power of the Black Sphere. 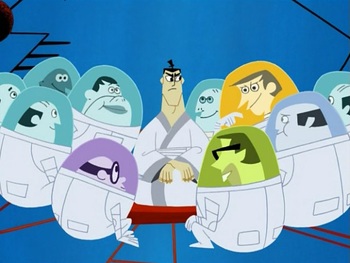 A tribe of technology experts who were enslaved by Aku and forced to design and build his robotic forces. They've been constructing a secret escape rocket when Jack accidentally leads Aku's forces to their hideout. Jack promises to help protect the group, and in return, they promise to try and help Jack return to his own time. 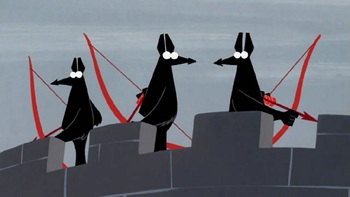 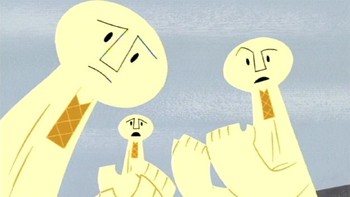 Three incredibly skilled archers who guard a magical well at the top of an old tower. 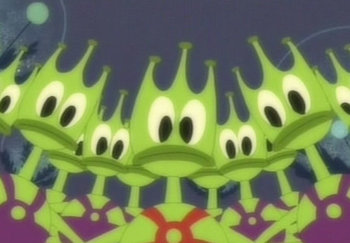 An alien tribe who live in an aquatic city. Their city is menaced by Aku, who demands a simple price for sparing them... 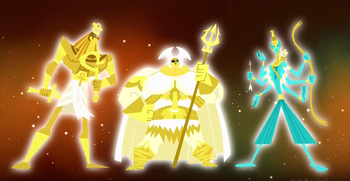 The three deities that fought and exterminated the Black Mass that spawned Aku eons ago. They are the ones that crafted Jack's sword: the one weapon that can harm Aku. Ra is also summoned to save Jack from the Minions of Set.

Kids who are fans of Samurai Jack and listen to Aku's fairy tales. 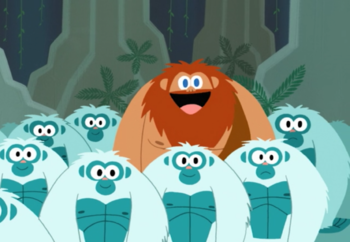 A tribe of round little white-furred apes (and a wild man who lives alongside them).

A small pink fairy who has been kidnapped by a gargoyle. Jack seeks to rescue her and ask to grant his wish to return home. 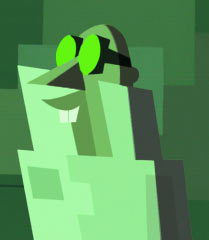 The creator of the Ultra-Robots designed to kill Jack, he made them as part of a deal with Aku in order for his home to be spared. Predictably, Aku betrays him by sending his creations to destroy his village. He seeks to redeem himself by helping Jack destroy his creations, namely evening out the odds via a power gauntlet. He returns in The Shadow of Aku, imprisoned by Aku to make a mind-controlling video game. 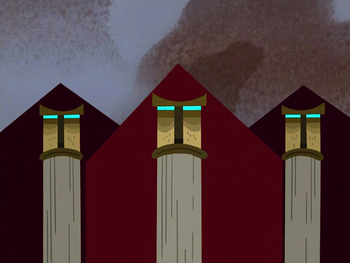 Three monks that have trained and meditated their whole lives to climb a massive mountain, atop which there is said a great Truth can be found. 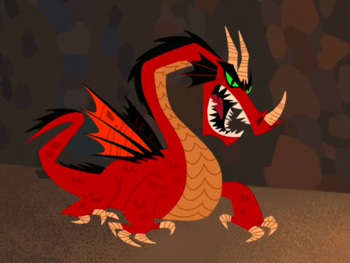 A dragon with a massive intestinal problems whose daily expulsion of gas plagues a nearby city. 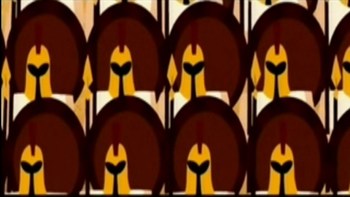 An army of Spartan warriors protecting their secluded homeland from an unrelenting force of robotic monsters.

A very enthusiastic shoe salesman who tries to help Jack find a new pair of shoes after his sandals are destroyed.

Olivia and her Father 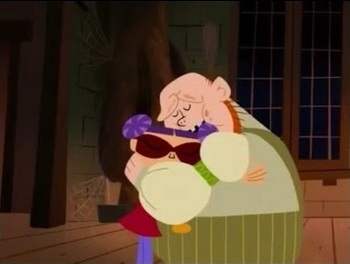 Two of the townsfolk affected by DJ Salvatore's dance beats. 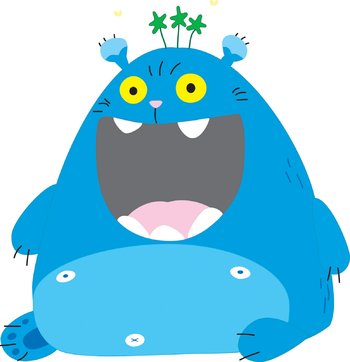 A hulking cartoony-looking creature of limited intelligence but benevolent nature that Jack finds and unwittingly befriends during his travels. Whilst it is initially annoying, when it sees Jack in pain at the hands of a band of robot bounty hunters, it reveals a far more violent side of itself and rescues him.

A Japanese girl whose family was captured by a demonic spirit when it possessed their home. 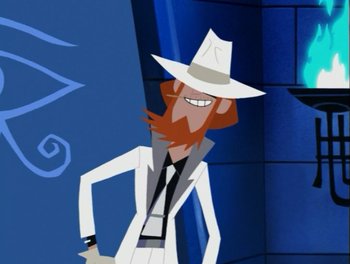 A nameless expert thief who is after the same magical diamond that Jack is.

A city of robots that were forced to live underground after their Giant Mecha defender went berserk. 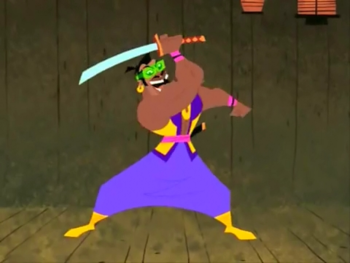 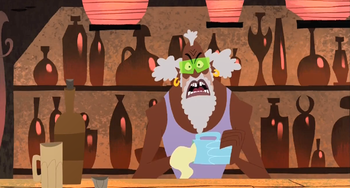 A loudmouthed samurai wannabe who challenges Jack to a duel to prove he's the better fighter. Their duel is a comical mismatch. Watching Jack fight a real threat, and his humble personality and behavior, sets Da' Samurai down the path towards true enlightenment. 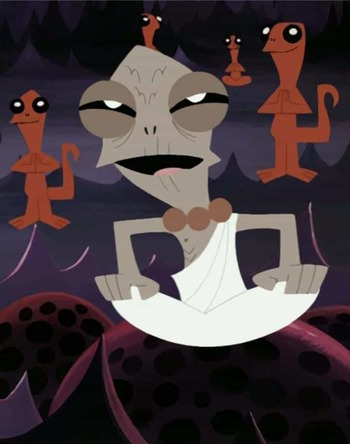 A group of small reptilian monks who live in a cave temple on a tall mountain. Jack seeks to visit them, mostly for help with finding a cure for his "Aku infection". 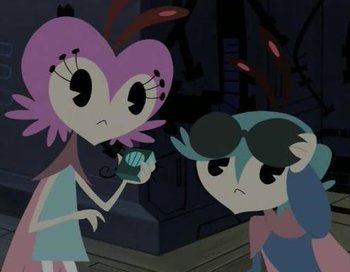 The royal sibling heirs to the throne of a humanoid moth-like race called the Lebidopterins. 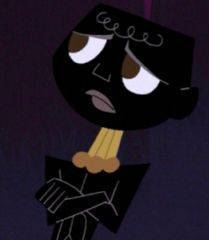 The son of the African Chief and one of Jack's childhood friends. 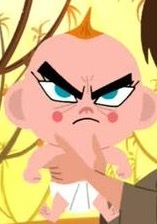 A baby Jack rescues from being eaten by ogres, then looks after until he can return the child to her parents. 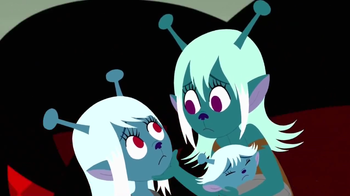 An alien family of a mother, a daughter and a baby rescued by Jack from Beetle Drones in Season 5 opening. 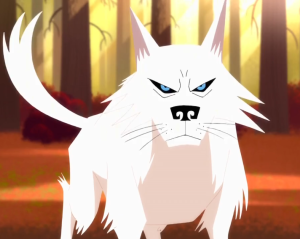 A wolf that Jack meets after his first battle with the Daughters of Aku. It survived a gruesome battle of its own and finds shelter in the same cave Jack does.

Small, blue-furred alien kids who were abducted from their village by the Dominator. They were brutally experimented upon and enslaved with mind control devices to attack Jack. 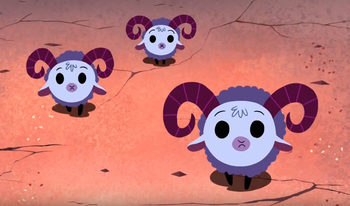 A trio of rams that assisted Jack in finding a time portal to return back to the past, many years before the start of Season 5. However, Aku intervened just in time to destroy the portal, and transformed the three animals into massive monsters. Jack butchered them while consumed with his anger at Aku, instead of running away or trying to save them; and as a result, he lost his sword and was consumed by extreme guilt. 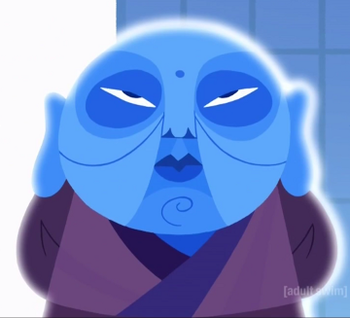 An ethereal blue monk that lives in the spirit world. He puts Jack through a few tests of character, so that he may earn his sword back.