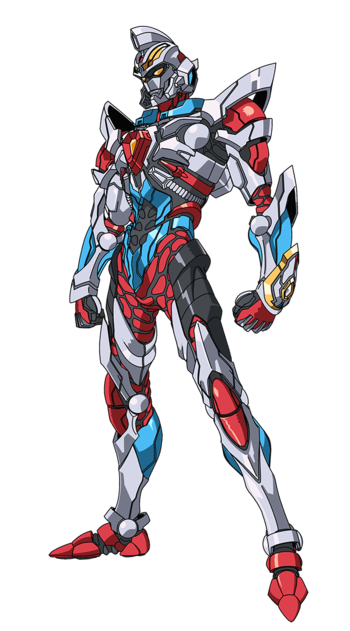 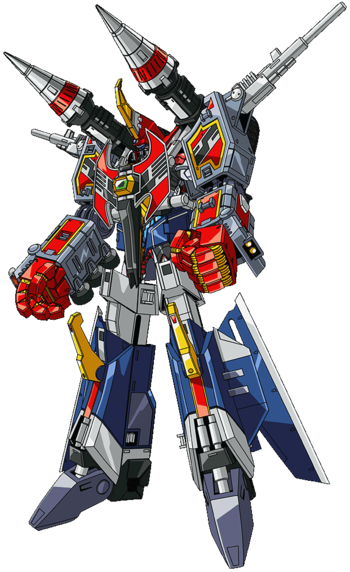 The titular Hyper Agent. Once a Kaiju is attacking the city, he and Yuta combine to face the monster. 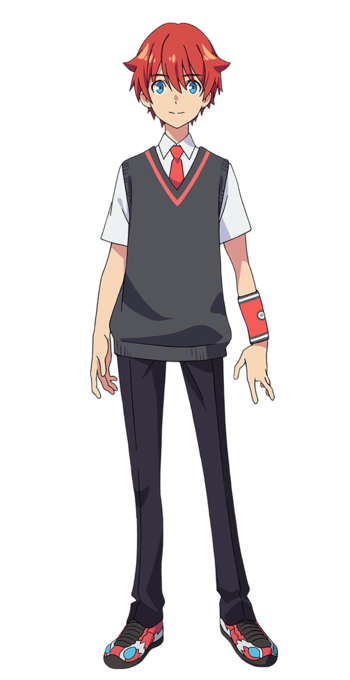 A high school student who has no memory of his past, but seemingly knows of his connection to Gridman.

A girl who found Yuta unconscious in front of her home, an apartment above a junk shop her mother runs, which just so happens to hold the computer Junk that Gridman lives in.

A nerdy boy in Yuta and Rikka's class, whom Rikka seeks out for his skills in tracking down Yuta's address. The two boys later become good friends. He is the one who named their group the "Gridman Alliance".

Tropes applying to all Assist Weapons 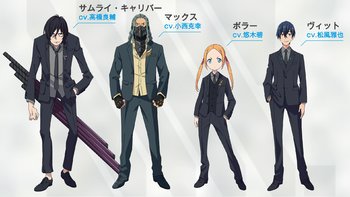 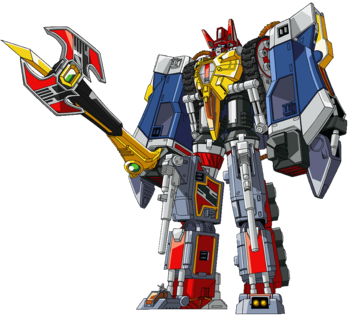 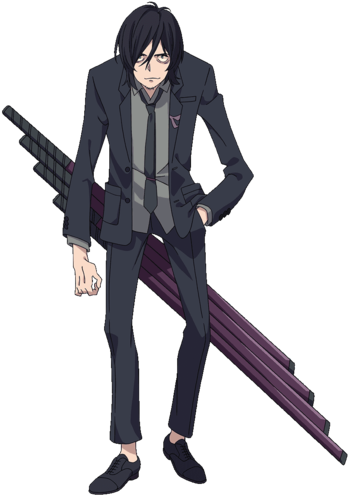 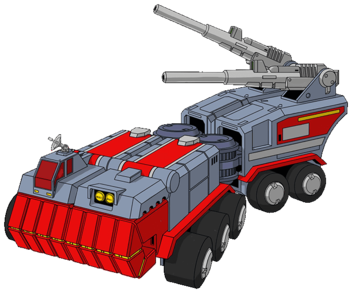 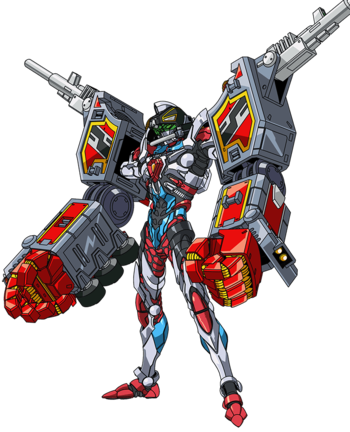 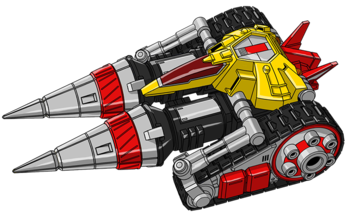 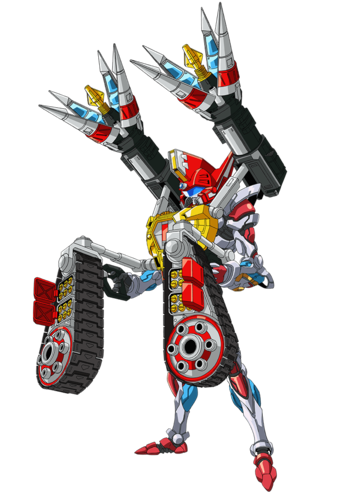 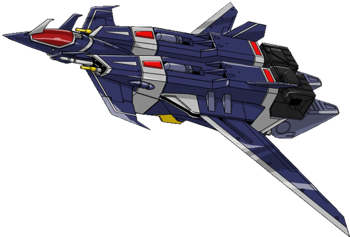 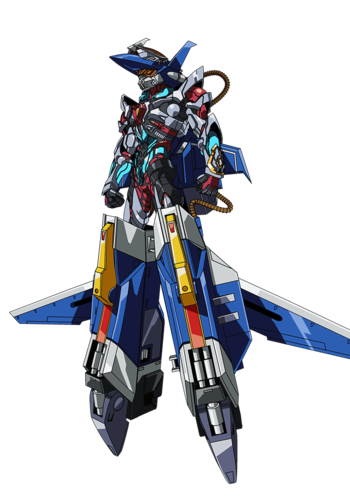 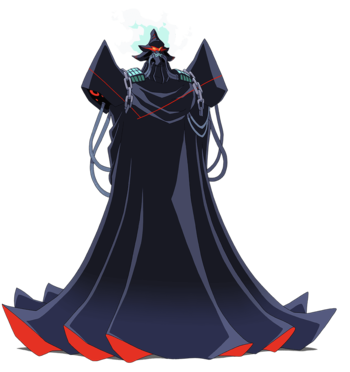 A malicious being who has the power to bring Kaiju to life. 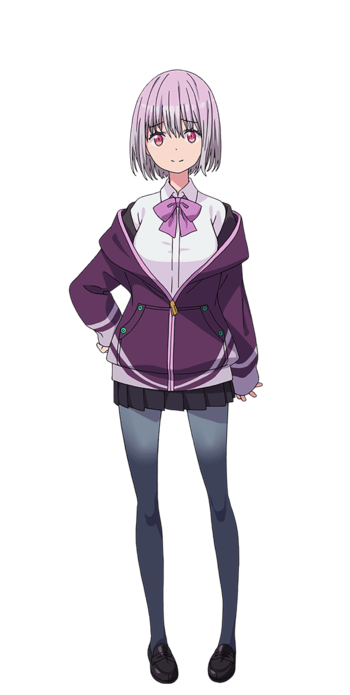 A girl at the same high school as the others, who is seen to be a perfect student and is very popular. This hides her true capricious and vindictive personality traits that come out when she has Alexis bring her Kaiju to life to right perceived wrongs with the city. 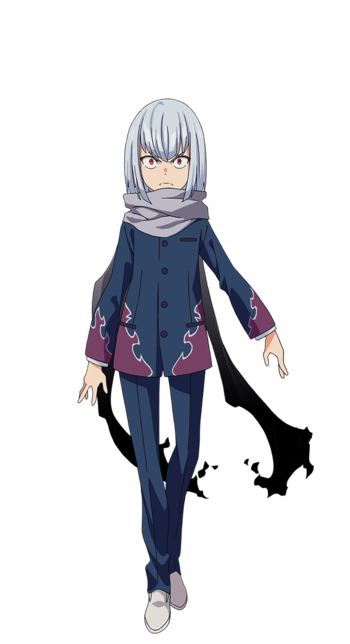 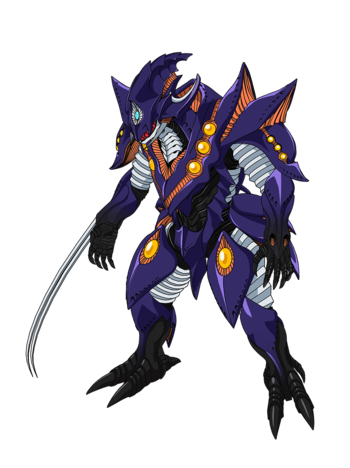 Click here to see his new form...
...as Gridknight 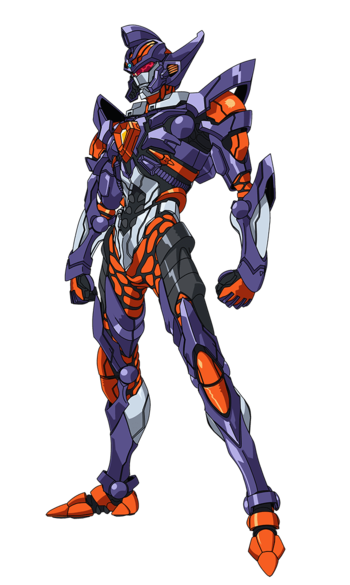 A Kaiju created by Akane for the sole purpose of defeating Gridman. He is unique in that he can take on the form of a pre-teen child.

Rikka's mother and owner of Junk Shop Aya, where the computer Junk that houses Gridman is kept.

A friendly kaiju who first appears before Yuta in episode 6 to open his eyes to the truth about the city. 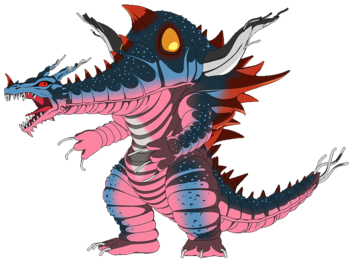 The first monster that Gridman fights. 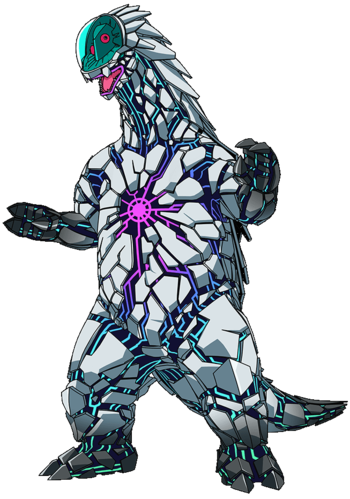 The second monster Gridman fights, and the first one he fights after being re-optimized. 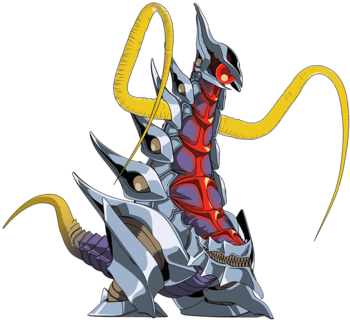 The fourth monster that Gridman faces, the third being Anti, created to kill the members of Arcadia, a popular online video group. Three of the four are killed before Gridman stops it. 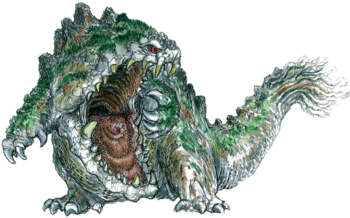 The fifth monster that Gridman faces, and also the largest in the series so far; it's so big that a single claw is larger than Gridman! 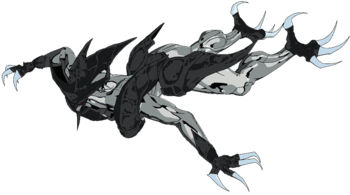 The sixth monster that Gridman faces. Created by Anti instead of Akane. 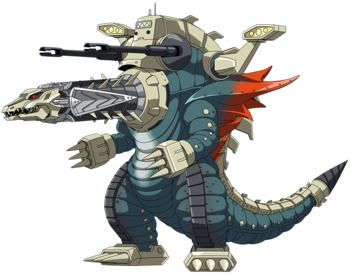 The seventh monster that Gridman faces, and also the only mechanical one so far. 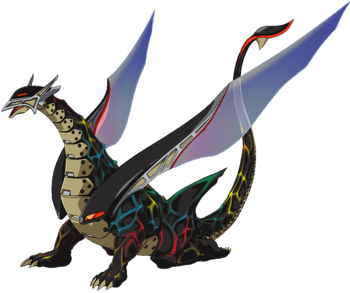 The eighth kaiju to appear. Gridman does not face it; instead, the Assist Weapons do. 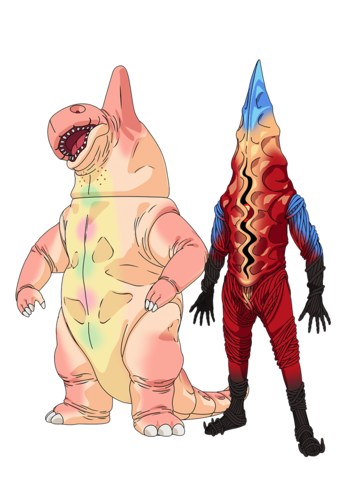 The ninth kaiju to appear. Powered Gridman easily defeats its first form early on, but its second form hidden inside it gives Gridman a challenge. 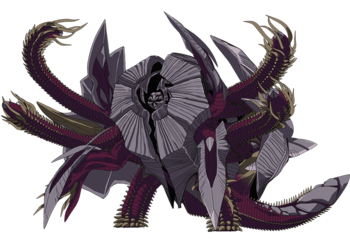 The tenth kaiju to appear, made directly from Akane herself. Gridknight defeats it, only for a nastier surprise to follow...