This is a list of characters who appear in the fan-made series SLVR. For any information about characters of the actual canon series, go here.

The titular heroes of the series. At present, their affiliation is otherwise unknown.
In General
Advertisement:
Simin Megistus

"Relax! I had to deal with three patrols of these guys!"
The team leader of SLVR. His weapon of choice is a Synchronized Dust Projection Jacket (SDPJ), "Kore Kosmou," which lets him create different elemental weapons.
Lycan Arcadia

"I'M GONNA SMASH YOUR STUPID FACES IN!"
A member of Team SLVR and the only Faunus on the team. His weapon of choice is the Wrist Holster Daggered Talons (WHDT) Razorbolt, which lets him fight either by using the knives by themselves or utilize them as claws.
Vella Moisia 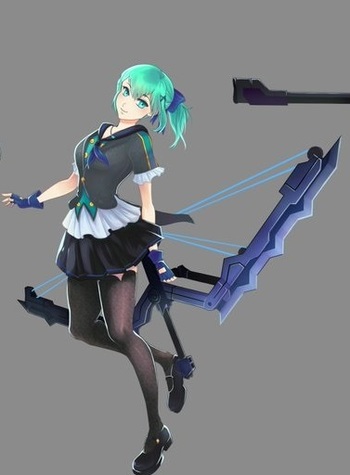 "Sorry! I was pretty far away!"
A member of Team SLVR, and the group's resident sharpshooter. Her weapon of choice is a Bladed Compound Sniper Bow (BCSB) called Chatareus.
Ragora Cinarum 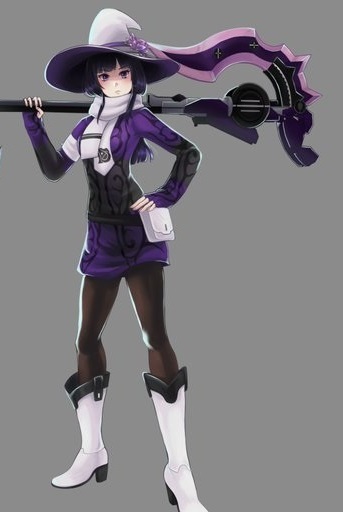 "Hm... I'll consider it if you hand over the Radiant."
The last member of Team SLVR, as well as the first character to have voiced lines in the series. Her weapon of choice is an Arc Fire Shot Glaive (AFSG) called Hexentanz, which switches between a shotgun and glaive form.
Advertisement:

A mysterious organization that comes into direct conflict with Team SLVR. They're in possession of an artifact called the Radiant, which SLVR is currently after.
Lysette Atratus 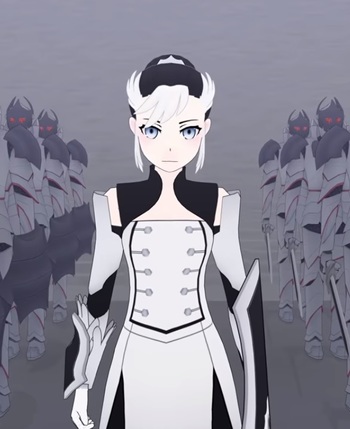 "Well then. I hate to rain on your parade, but this is the end of the line for you!"
A member of the mysterious organization Pandora. Her weapon is a sword and shield that has yet to be named.
Armor 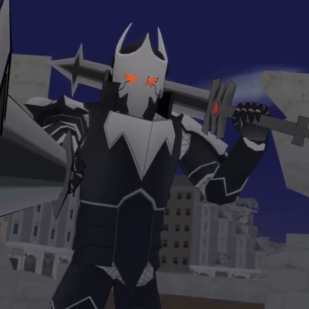 Autonomous machine knights that serve as the primary force of Pandora. They were first seen at the end of the Charcoal Trailer in a still-shot, and made their official appearance in the Linen and Regalia trailers. They are commonly armed with swords and shields.
Advertisement:

Characters who appear in the series, but do not appear to have any affiliation with Team SLVR and other characters.
Brandon Charbonneau 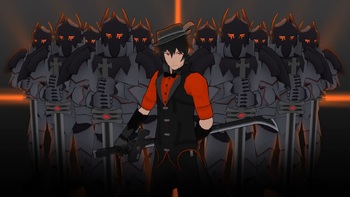 The first character created by Mark Zhang. His weapon of choice is a gun-sword called "Magnum Opus."

Antagonists that are otherwise unaffiliated with Pandora, with a few even originating from the canon RWBY series.
Jade Ninjas 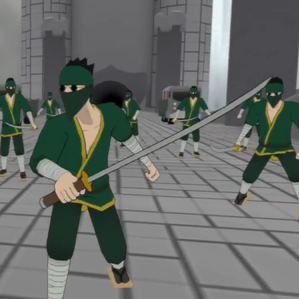 One of the two antagonist groups of the Charcoal Trailer. They were in possession of some sort of cargo that Brandon was after, leading to their eventual assault.
Stone Samurai 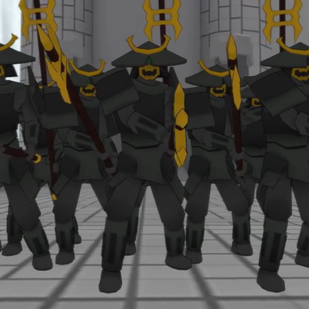 A group of stone enemies all wearing gold masks and wielding spears in the Charcoal Trailer, appearing after the Jade Ninjas retreat. They attack Brandon as he's about to secure the cargo.
Sword and Shield Androids 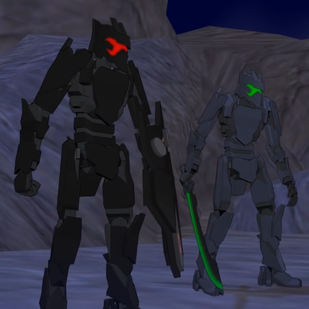 Twin machines, one wielding a sword, and the other a shield. They appear serving as the Big Bad(s) of the Viridian Trailer.
Beowolf Grimm 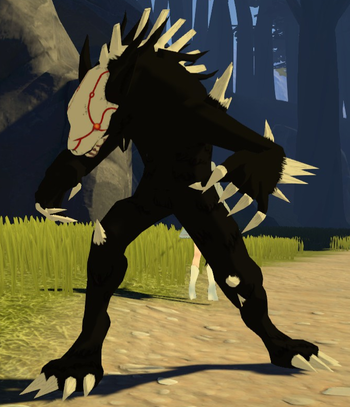 A Creature of Grimm, and one of the most common ones in the early Volumes of RWBY. They appear in the Linen Trailer, occupying a dilapidated city that Lycan is investigating.
The White Fang 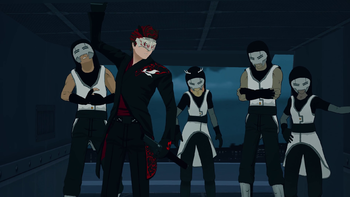 A former protest group turned terrorist organization, they are comprised entirely of Faunus. They served as early antagonists in RWBY and for Blake in her character arc of Volumes 4 and 5, and are the antagonists of the Silver Trailer.