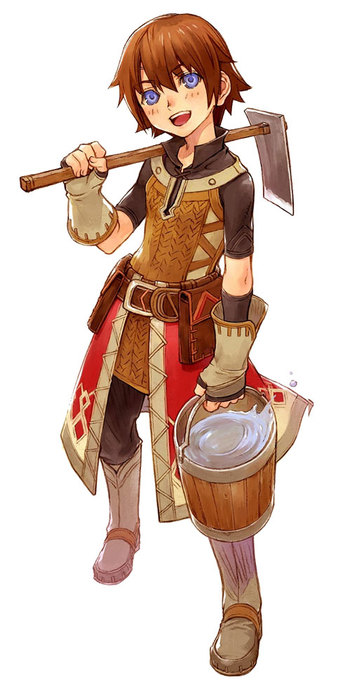 The main character of the first game and of Frontier. He developed amnesia and wandered up to Mist's door steps where she provided him with a home. In Frontier she ends up housing him again after he follows her to Trampoli 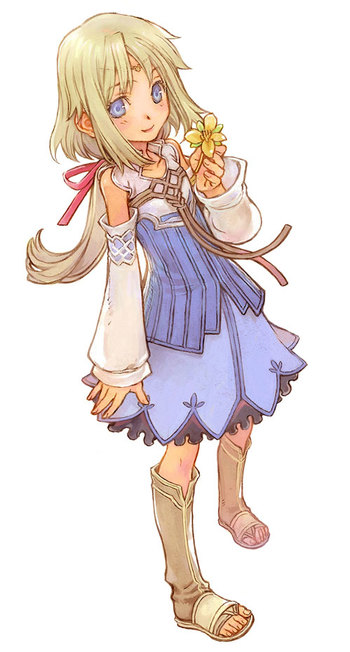 A young girl who allows Raguna to help her operate the farm in Kardia. She's a bit strange, but she means well. In Frontier she's traveled to Trampoli, feeling that something is calling her. 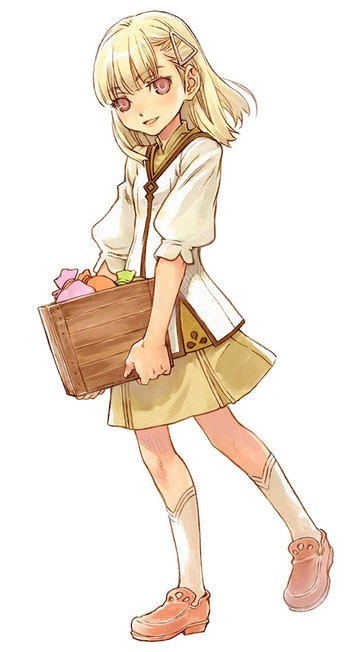 A delivery girl at her father's general store. In Frontier, she opens up a shop in Trampoli that specializes in flower seeds. She's a bit pushy and competitive, but means well. 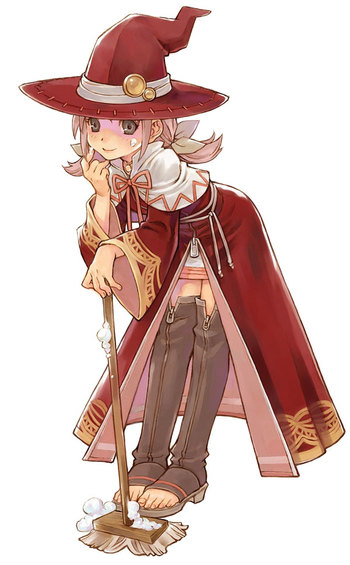 A girl in love with magic and bath houses, the second of which she runs. She has no real talent for spell casting, but dresses like a witch regardless. She's good with potions, though. 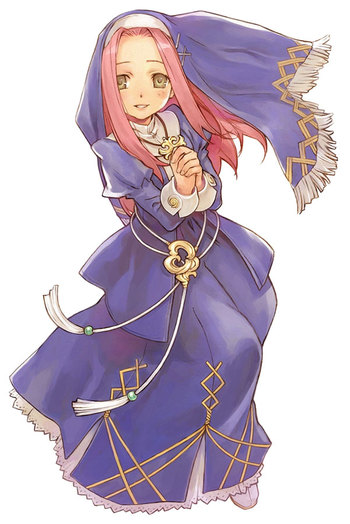 A nurse and, in Frontier, sister in training. In the original game she's the daughter of the local clergy and helps at the hospital, but in Frontier she's running the local infirmary all on her own. 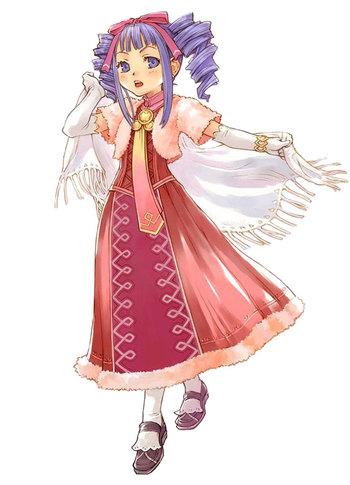 The daughter of local gourmet Jasper de Saint-Coquille, who lives in the largest house in town. She comes off as a bit snobby, but she's really a nice girl. 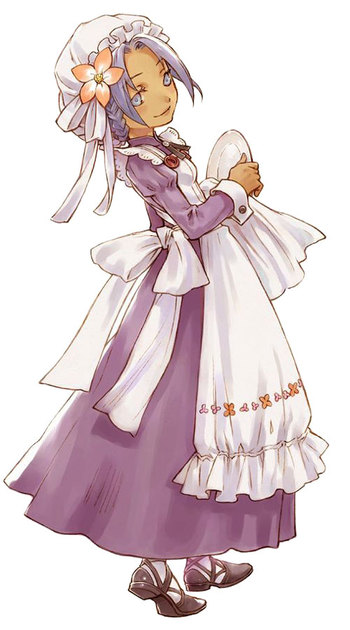 Bianca's elven caretaker. She loves the idea of humans and monsters working together. Later moves to Trampoli, then spends some time on Fennis Island.

The daughter of Mayor Godwin. She fell ill a year before the game begins, but tries her hardest to help out at Neumann's store despite her poor health.

Lady Ann's daughter. She is rather shy around people, so she likes to surround herself with books from the library.

A wandering woman who enjoys fishing. She's supposedly on a mission, but she'll never say what it is. 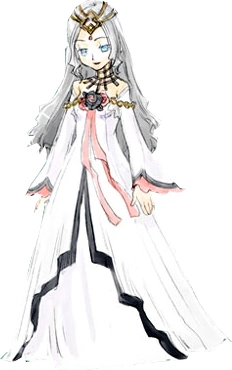 A woman who lives on the outskirts of town. She is invariably drawn to caverns and ruins.

A lieutenant from the Sechs military and another bachelorette, she comes to stay in Mist's house and live in Kardia only after the main storyline is cleared.

Lady Ann's son and Tori's older brother. An avid explorer who often tries to compete with Raguna, especially when it comes to Mist.

A wandering minstrel and poet who stays at Lady Ann's inn. He is hopelessly in love with Rosetta, much to her chagrin.

Edward's son and the owner of the farming shop, Camus' Farm. He dreams of moving to a big city and resents his father for moving the family to the countryside. He also has a crush on Melody.

Rosetta's father and the owner of the general store in Kardia. He's a Nice Guy who lets his daughter take the reigns of the store and tell him what to do.

The proprietor of Kardia's inn. She is also the mother of Tori and Zavier. She wants Zavier to inherit the family business and is always trying to get him working.

The town librarian and Cecilia's adoptive father. He was once part of Norad's army, but retired when he adopted Cecilia.

Russell's half-elven adopted daughter. Loves to go exploring (regardless of potential danger) and collecting pretty stones. Best friends with Nicholas, the only other villager her age.

Sabrina's son. He's a little prankster who can either be found with his best friend, Cecilia, or hanging out at Neumann's store.

Nicholas' mother and the owner of the Spearfish Shack. She used to be married to Neumann, but they are now divorced.

The town doctor and Camus' father. He and his son were originally from the Sechs Empire, but he relocated to Norad in order to live a more peaceful life.

Sabrina's ex-husband and the owner of Neumann's Farm. He's an upbeat fellow who moved to Kardia in order to remain in touch with Sabrina and Nicholas.

The head of Kardia's de Sainte-Coquille family and Bianca's father. He's a world-renowned gourmet and loves his daughter dearly, to the point of spoiling her.

The town priest and Lara's father. He's a calm man who runs the Kardia Chapel and is often the victim of Nicholas' pranks.

Kardia's mayor and Felicity's father. He is in charge of issuing out cave permits and appreciates hard work. He'll only let you marry his daughter if you cure her illness.

The owner and bartender of the town tavern, Pub Spring Rabbit. He's a jolly man who enjoys serving his patrons and dreams of tasting the legendary Rollabouti wine.

The town blacksmith who owns Sword Leo Smithery. He was trained by a dwarf, which rubbed off and influenced his speech pattern and appearance.

A wandering merchant who stops by the village on holidays to sell his goods.
Other Characters

The dragon god of Earth.

The emperor of the Sechs Empire. Lynette made an oath to him to commit seppuku if her Grimoire Project failed, and he appears before her, Raguna, and Mist to remind her of that oath.