The cast of the classic story and its various adaptations. 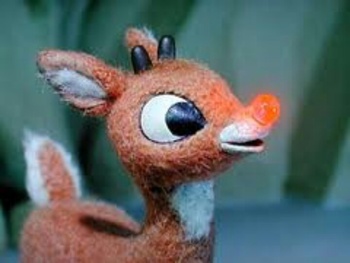 The most famous reindeer of all. Has a very shiny nose, and if you ever saw it—oh you get the idea.

Hermey: "Hey, what do you say we both be independent together, huh? "
Rudolph: "You wouldn't mind my... red nose?"
Hermey: "Not if you don't mind me being a dentist."
Rudolph: "It's a deal!" 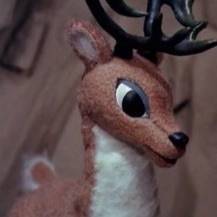 Sam the Snowman: Now you can bet old Donner felt pretty bad about the way he had treated Rudolph, and he knew that the only thing to do was to go out and look for his little buck. Mrs. Donner wanted to go along, naturally, but Donner said: "No, this is man's work."
Mrs. Donner 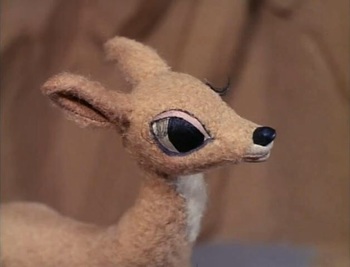 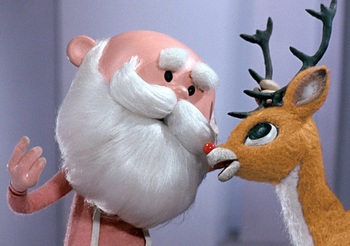 Hermey: (As Rudolph is considering plastic surgery to get a normal nose) "But, what if there's another foggy Christmas Eve?"
Queen Camilla: "Santa can't afford headlights?"
Mrs. Claus

Santa's wife who constatly keeps her husband in check. 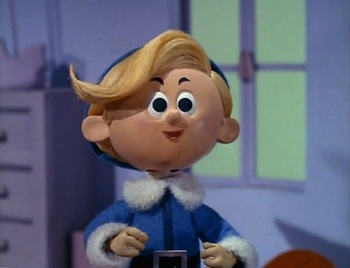 The deuteragonist of the 1964 special. One of Santa's many elves who works year-round making toys, who harbored a desire to become a dentist instead. 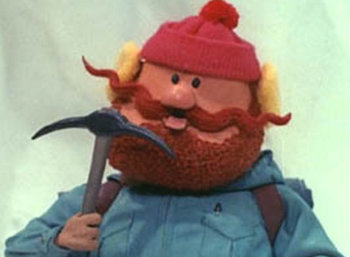 A travelling prospector hoping to strike it rich by finding gold. 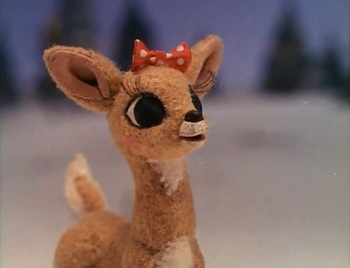 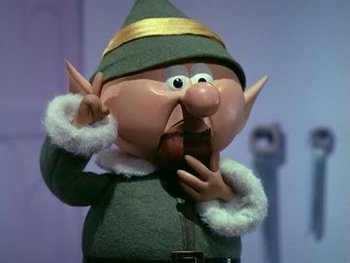 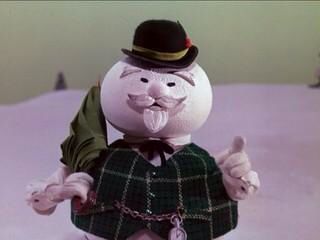 The narrator of the 1964 Rankin-Bass special.

A group of toys inhabiting The Island of Misfit Toys that were abandoned or unwanted for being defective or just odd toys.

The ruler of The Island of Misfit Toys.

A whale who resides in the waters surrounding the Archipelago of Last Years. Rudolph first meets him in Rudolph's Shiny New Year, where he helps him save Happy from Aeon the Terrible.

Happy
The Baby New Year who ran away after people laughed at his giant ears. Rudolph befriends Happy telling him that he's faced the same problems with his nose but also manages to encourage him that people are laughing at Happy because he makes them feel good.
Frosty the Snowman 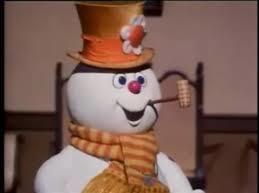 The famous snowman. He, his family and Rudolph are shown to be friends in Rudolph & Frosty's Christmas In July.

The narrator of Rudolph & The Island of Misfit Toys

The Bumble, AKA The Abominable Snow Monster 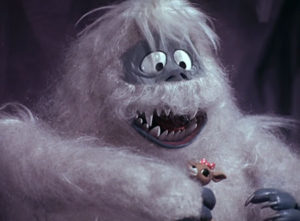 A giant monster that terrorized the wintery wastes of the North Pole and anyone unlucky enough to cross his path. 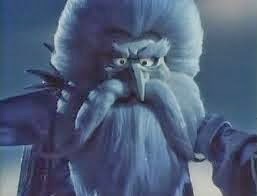 The villain of Rudolph and Frosty's Christmas in July.

The Toy Taker, AKA Mr. Cuddles 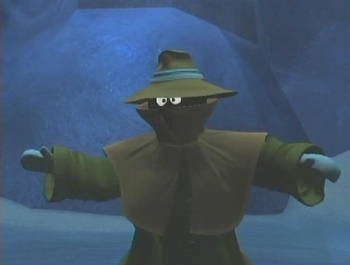 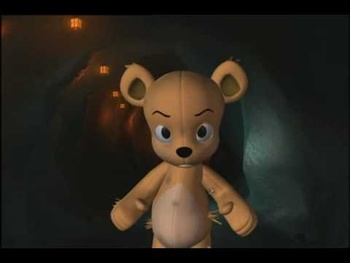 The villain of Rudolph The Red Nosed Reindeer And The Island Of Misfit Toys. He was a teddy bear who was (accidentally) abandoned by his former owner, which set him off on a quest to "rescue" other toys from meeting a similar fate to his.