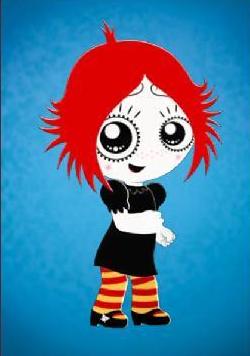 "Now, what excuse—I mean, legitimate reason is there for a party today?"
Voiced by: Sarah Gadon
The eponymous character and leader of the group. A cheerful young girl with red hair and pale skin who sees the bright side to every situation. She also has a knitting hobby. 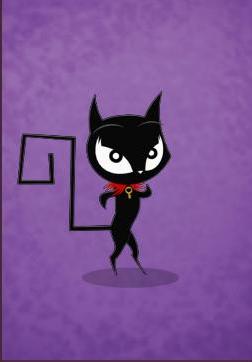 Ruby's black-furred pet cat who communicates solely through the sounds of violin chords. However, she's actually quite canny and is usually the first to know when something's happening around the mansion. 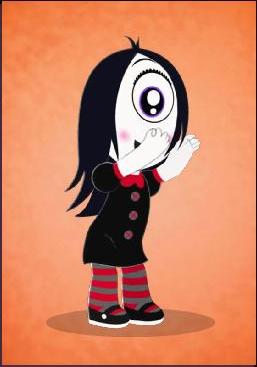 "Hey, Ruby, I'm bummed! I wanted to do some aerial routines with Squig, but it's kind of hard without windshield wipers...!"
Voiced by: Stacey DePass
A cyclops girl who is Ruby's closest friend of the mansion's inhabitants. She's a thrill-seeker who always finds a way to make something fun and exciting.
Misery 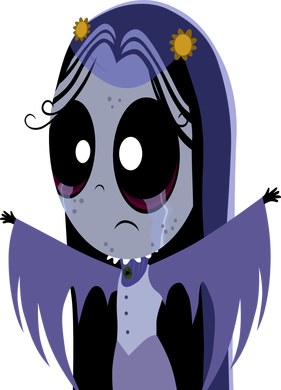 "It's genetic. The electrical current is drawn to the high lead content in our blood, and then BOOM! ...people use you to charge their batteries."
Voiced by: Emily Hampshire
A banshee-like creature with tears constantly streaming down her face. As her name suggests, Misery is always feeling down and anticipates the worst. Well, you would too if you had her luck.
Skull Boy 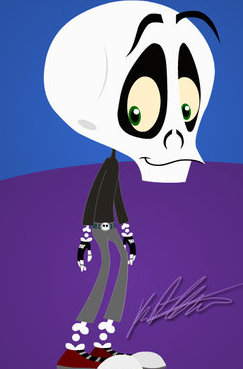 "I'm an artist, Ruby! It's in my bones!"
Voiced by: Scott McCord
A skeleton with numerous talents. He is determined to find out what he is best in, usually by tracing his ancestry to find past family members with similar talents to his. Ruby has a crush on him.
Frank & Len 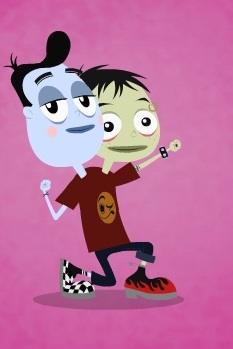 "Say your amp's not working. What's the first thing you do?"
"My amp's not busted."
"Exactly. You deny it."
"I'm tellin' you, it's not busted!"
"That's denial."
"Hey, did you bust my amp?!"
Voiced by: David Berni (Frank) and Jeremy Harris (Len)
A two-headed creature resembling Frankenstein's Monster. Neither of them are especially bright but both are fantastic rock musicians. Frank is the blue one on the left, Len is the green one on the right. 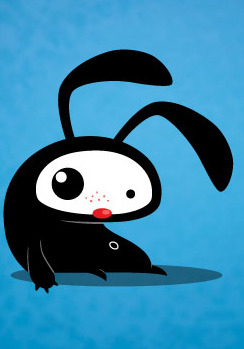 A stuffed rabbit Ruby knitted together herself. While he seems to be not much more than a plush toy, most of the other characters treat him as if he were alive, and there are a few hints that they might be right. 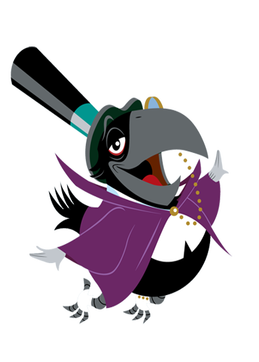 Voiced by: Adrian Truss
A sophisticated raven who lives in an attached addition to the mansion. As a true gentleman, Poe believes himself to be a model to the rest of the mansion, although he's not quite as cultured as he likes to think he is.
Scaredy Bat 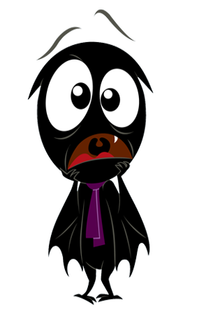 Voiced by: Peter Keleghan
An Indian-accented bat who is afraid of virtually everything, including flying and the dark. Unfortunately for him, he's also a favourite target for pranks by some of the mansion's inhabitants.
Boo Boo 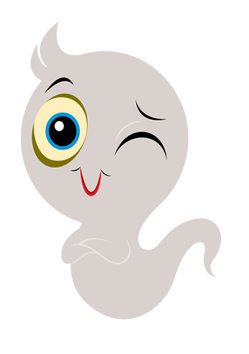 Voiced by: Barbara Mamabolo
A young ghost who is trying to prove himself to a ghost gang that he can haunt and scare just as well as they can. He loves to make mischief, with his favourite target being Scaredy Bat.

Edgar and Allan
A pair of large crows who are Poe’s brothers, they hang out with him on occasion.
Mr. White and Mr. White
Two large ghosts with who act as Boo Boo's teachers in the art of scaring.
Squig
A giant bug who Iris made into her pet while on a fishing trip.
Venus
A venus flytrap Iris brought to life as her project for the Gloomsville Fair. She later became another pet for Iris, even gaining a voice as time went on.
Mr. Mummbles
An old man with a penchant for the dramatic who debuted in the episode "Poe-ranoia".
Misery's Family
Skele-T and the Skele-Tunes
A band of skeletons that Skull Boy (and later, the rest of the gang) meets and befriends in the episode "Skull Boys Don't Cry".
Bunny