"ALLLBEERTT!! I wish you were here today too!!!"

The queen of Great Britain. Ciel does work concerning the underground society for her, as her Watchdog. 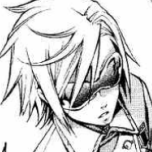 "I am done talking... but it seems the queen has something to say."

Queen Victoria's aide and a member of her Private Secretarial Officers. He often explains things on her behalf and works to cheer her up.

"Wow! Double guns are so cool! But, I win at close combat."

A member of Queen Victoria's Private Secretarial Officers, as well as her butler. He and his partner Charles Phips are known as "Double Charles".

"All that matters is her majesty the queen's will."

The other half of "Double Charles". He and his partner Charles Grey are the Queen's butlers.