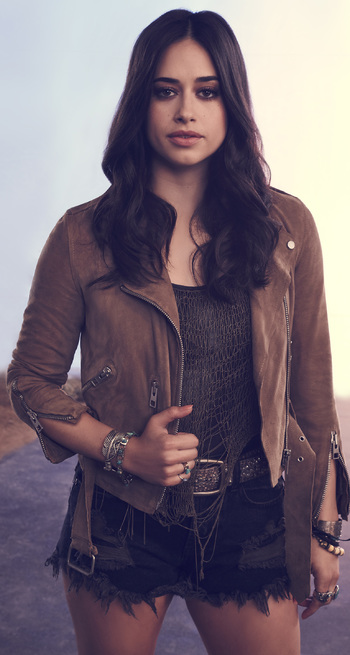 Portrayed by: Jeanine Mason
"My brain is my superpower."

A biomedical researcher and daughter of undocumented Mexican immigrants. After being resurrected by Max Evans, she discovers the existence of the aliens and works to uncover the truth behind her sister’s death. 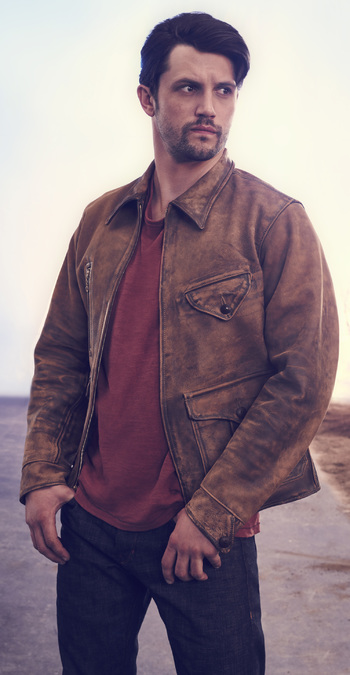 Portrayed by: Nathan Parsons
"You asked me what I am? I'm just a guy from Roswell."

Reserved small-town cop Max is actually a Human Alien, but keeping his head down and maintaining The Masquerade was a lot easier before the love of his life came back to town and he accidentally saved her life.

Max's twin sister Isobel seems to be one of Roswell's more prominent citizens, with a role in organizing major town events. She's primarily a telepath, though she's displayed a touch of both Max's electricity powers and Michael's telekinesis.

Portrayed by: Michael Vlamis
"My genius increases when I'm pissed off."

Michael wasn't adopted by the Evans and had a very difficult childhood. Though the three found each other again by age 11 and were inseparable thereafter, their different circumstances have made Michael feel resentful and Max feel guilty. As an adult he's a loner, and is much less integrated into town life than his siblings.

Seen in flashbacks throughout season 1, Rosa was Liz's older sister. She died when she was 19 and Liz was 17.
Jesse Manes