This is the Characters sheet for the six co-founders of Rooster Teeth Productions, who originally founded the company under the website, DrunkGamers.com. They've worked on their company's productions to varying degrees since their founding in 2004.

One of the co-founders listed below, Geoff Ramsey, also heads the company's Achievement Hunter division. 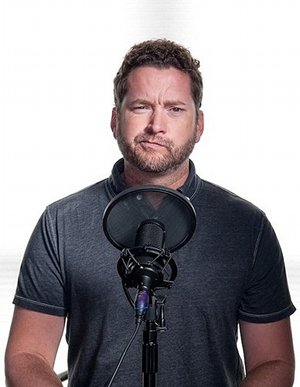 The first CEO of the company and two-time chief creative officer, Burnie now works as a producer within Rooster Teeth's studio division. He penned most of Red vs. Blue (before passing the baton off to Miles) and co-directs with Matt, while providing the voice for Leonard Church and Lopez. He's also the voice of Taiyang Xiao Long in RWBY, and was a competitor in Season 28 of The Amazing Race. It was announced on June 2020 that he was departing from the company and moving overseas for the time being together with his wife Ashley and their son. However, Burnie has stated that he still plans to remain involved in and affiliated with the company remotely (i.e. continue voicing his Rv B character) by providing them with a first-look deal on acquiring some of his future projects, so the RT staff and community haven't completely seen the last of him.
Matthew "Matt" Hullum 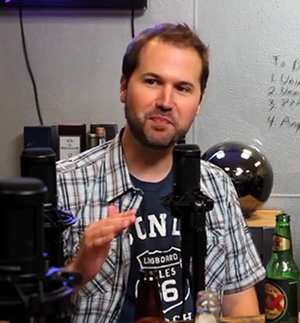 The second CEO and current chief content officer of Rooster Teeth, Matt oversees Rooster Teeth's big-scale projects with Burnie. One of Joel's college friends, the two went on to collaborate on several projects and Matt met Burnie through Joel. Along with Burnie, he helped to produce the first four seasons of Red vs. Blue and also worked on visual effects during Blood Gulch Chronicles and Reconstruction. Also directed the series along with Burnie, and helped Monty with the effects. Most importantly, he voices Sarge and Doc.
Geoff Ramsey 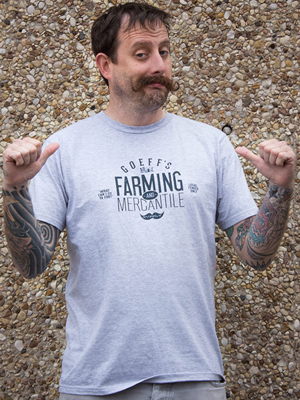 His mustache looks badass as dicks.
The leader and co-founder of Achievement Hunter, as well as the group's Team Gents, and the voice of Grif in Red vs. Blue. Ever since late 2011/early 2012, he hardly ever hosts, films and stars/appear in RT shows, videos and Rooster Teeth content (Live action, animated series/cartoons, and podcasts) outside of AH that isn't either Achievement Hunter or Rv B voice acting related. In February 2017 Geoff announced he would be taking a sabbatical of unknown length, which turned out to last for about a year, although he only ended up taking the first few weeks consecutively. It was announced in September 2019 that he became the executive creative director of the new Direct brand of Rooster Teeth, focusing on the distribution Rooster Teeth content (specifically short-production RT live-action and AH Let's Play gaming content in particular.)
Gustavo "Gus" Sorola 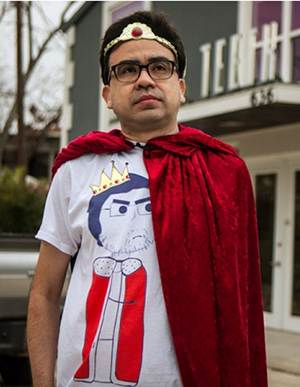 One Gus to rule them all...
The resident computer and technology whiz and the voice of Simmons for Red vs. Blue. The butt of many jokes.
Joel Heyman 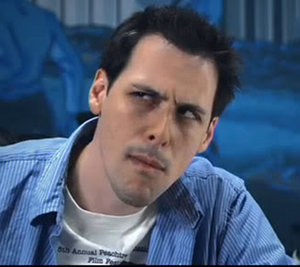 An actor that used to act in Hollywood before joining the team, he and Matt went to college together and as a result have known each other for some time. You'd know him best as Caboose from Red vs. Blue or an exaggerated version of himself in the shorts. Before he left, Joel led Rooster Teeth's advertising and corporate productions division. On the 1st of June 2020, he revealed on Twitter that he was no longer employed with the company for personal reasons, but declined to elaborate.
Advertisement:
Jason Saldaña 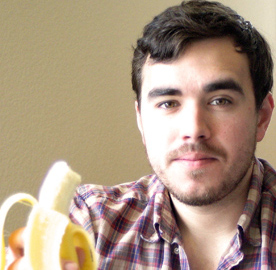 The voice actor for Tucker and resident pervert of the RT. It's unknown how he met up with Burnie and the others, but he has been at the company since the beginning. Married in October 2012.