All the characters in Roommates who can be considered The Middle Folk and don't fit in earlier categories. (So magic but not Heaven and Hell or living / working in town as much as we can tell. Basically The Fair Folk & The Witch Species). Presumably all related to each other and Jareth somehow. Also their assorted magical creatures and minions will added here too. 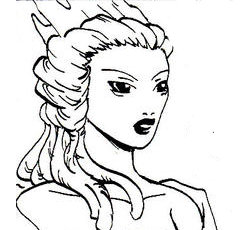 Canon: The Chronicles of Narnia

(Jareth's mother) Her court is Winter. No specialties are known yet but probably quite literally. In the snow, ice, merciless cold and blinding whiteness kinda way.
The Erlkönig 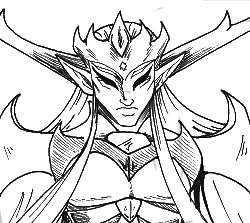 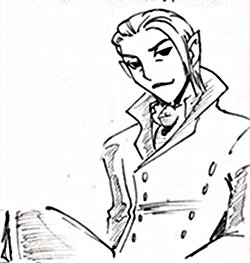 (Jareth's father) His court specialites are deep forets and Things That Go "Bump" in the Night, he is also Summer.
Aisling the Erlkönig's daughter 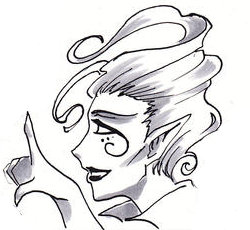 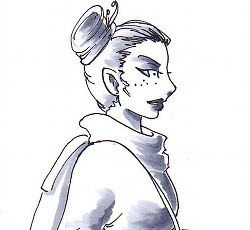 The two faces of a mystery girl.

Canon: The Erl-King, other north European myths and legends.

aka The Wild Hunt, as you can guess the people here also belong to the Magical Community.
Arthur Pendragon 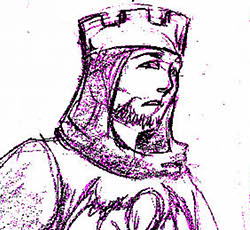 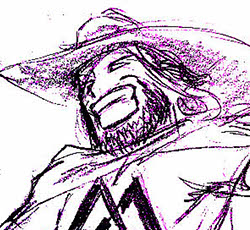 He was born ready!

The people attending the Conclave about Jareth's accident in Kings War. , Odin (under The Erlkönig's Magical Men's Club), Morgan and Schmendrick (both under Freelancers / Unsorted).

Not here: Death (under Killed for Canon meeting on the Townsfolk page) 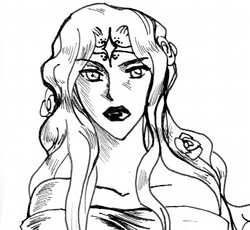 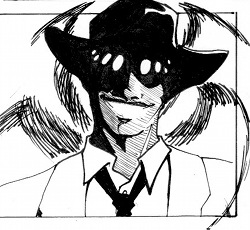 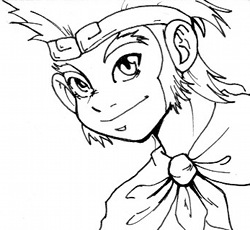 He looks so innocent... 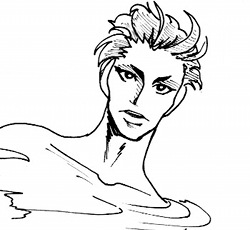 He has important news!

The Monthly Poker Game of Fear
Late night game of Poker for Things That Go "Bump" in the Night and/or are Your Worst Nightmare. They had a deceptively Affably Evil demeanor when James happen on them.

Outside of the listed beings The Erlkönig also attends this. 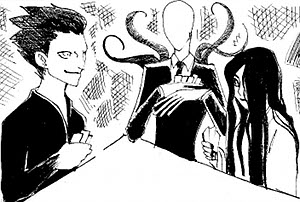 They would gladly deal you in.
The Slender Man

Appeared on the 12th cover

, or didn't he? Later joined the poker party.

The Teachers
The Notebook, Tony the Talking Clock, and presumably the rest 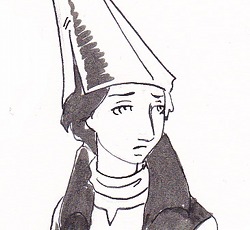 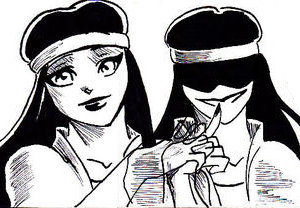 Yes. Both are her. 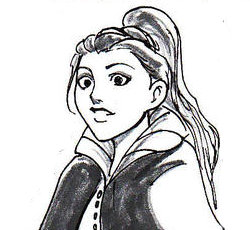 She likes to gloat. 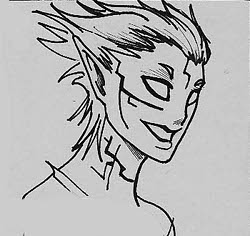 (Jadis' "minion" or, according to Word of Ashe, she is an independent contractor. Probably not that Odile but the alias fits.) 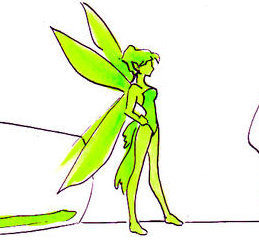 ...maybe you drunk too much. 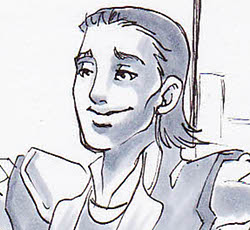 Canon: He is mostly Marvel Comics' Loki but maybe even Norse Mythology

(According to Pika Jareth's cousin from his mother's side.)
Sanderson Mansnoozie the Sandman 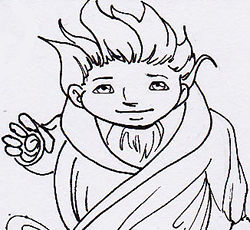 (Acquaintance of Jareth)
The Spirit of the Sea 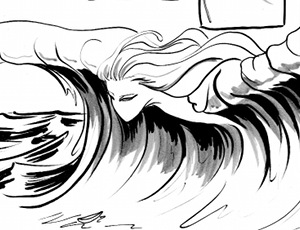 (She came to take away the little boat at the Burial at Sea.)

The Shadow Child aka Disbelief 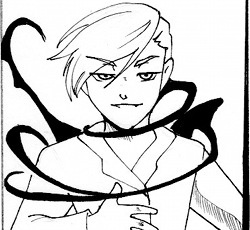 The one thing every character ever written, played, sung about, or dreamed about has to fear.Not creepy enough? Click here 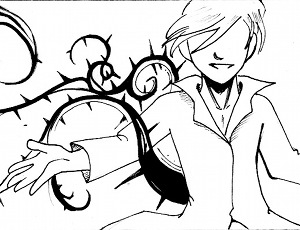 And this is how it looks like when he is trying to help.

The Scribble Person aka The Living Words aka Story 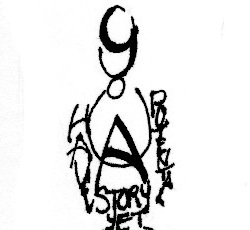 This guy seems legit.note Its body reads here: You have potential A story yet (to be told) 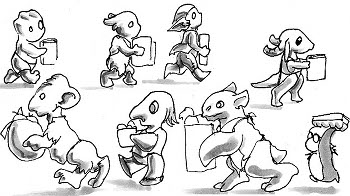 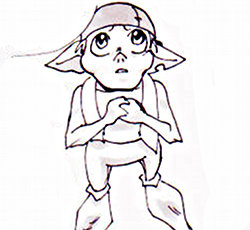 (Random goblin. Jareth's (and Sarah's but she wouldn't admit) minion. Also check the "Many faces of..." page)
The Shadow Beasts 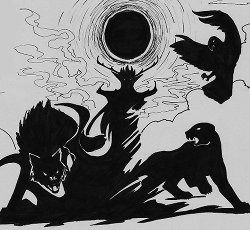 The three with most panel time and the Erlkönig.

(Minions of the Erlkönig? Or maybe depends on who casted the shadows.)
The Wolves 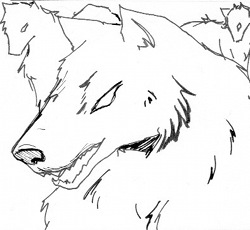 They are here to "help". 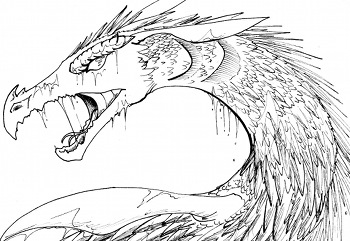 Canon: The Bible and beyond...