Character Index
Main Characters | Earthlings | People of the Earth | Folsaria | Forthorthe
open/close all folders
Kisshouharukaze High School
The only highschool in Kisshouharukaze City that everyone goes to.

The cosplay club that Yurika and Maki are part of.

A group consisting of 8 boys (with Koutarou as the leader) that are not popular with the ladies. 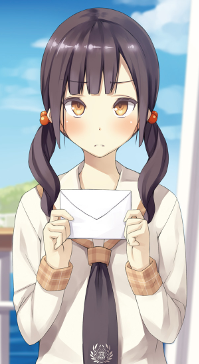 A girl that appears in Volume 23 and a love rival for the invaders (for them anyway). 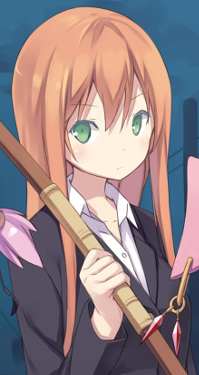 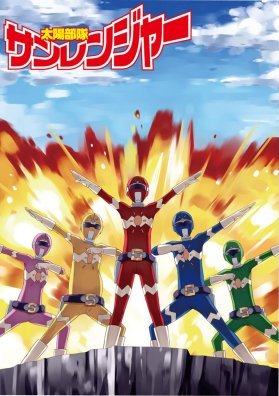 A Sentai unit created by the Japanese government to battle evil-dwellers who lurk Beneath the Earth, consisting of Kenichi (Red Shine), Hayato (Blue Shine), Megumi (Pink Shine), Kotarou (Green Shine), Daisaku (Yellow Shine) and their sponsor Dr. Roppongi. Their technology was actually leaked to them by the People of the Earth's conservative faction in order to put pressure on those who wish to invade the surface. 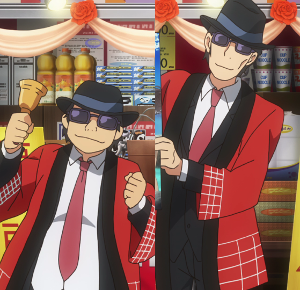 Suspicious? Don't be silly, can't you see their coats?
A pair of ghostbusting brothers who appear in book 3, where they plot a Get Rich Quick Scheme to kidnap and sell Sanae.
Ghost Woman
One of the twenty-or-so evil spirits employed by the ghost hunters in book 3, described as a long-haired woman in a hostess dress.

A spy from the struggling Melgaard Republic who appears in book 28. After Forthorthian ambassadors make First Contact with Earth, he is among the legions of agents scrambling to get their hands on alien technology. When he hears reports of a School Play with a land named "Forthorthe" as its setting, he travels to Kisshouharukaze to investigate its author Theiamillis.