The character page for Rokka: Braves of the Six Flowers.

Heroes of the Six Flowers

The Heroes in General 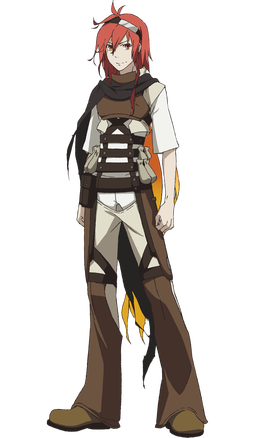 The main protagonist. He is the self-proclaimed world's strongest man. He has an abnormally strong will, never giving up even in the dire situations, as well as a strong sense of camaraderie and friendship. He fights using tools and trickery to catch his opponent off-guard. 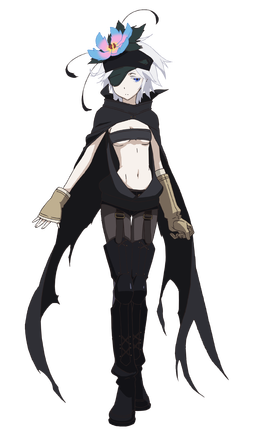 A mysterious sniper and the Saint of Gunpowder. She is the Six Flower Killer, who assassinated potential future heroes of the Six Flowers. Her powers allow her to create bullets and gunpowder at will, essentially granting her unlimited ammo. 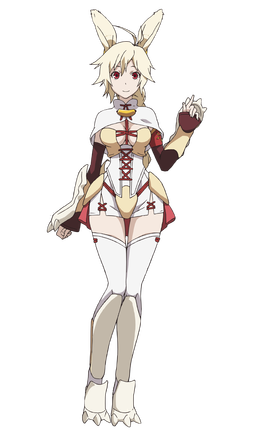 The first princess of Piena and the Saint of Blades. She can create and manipulate swarms of sharp blades, as well as using them to form shapes like walls and barriers. 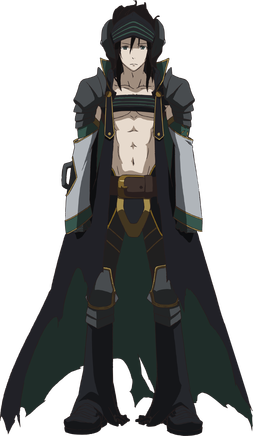 The head of the Black Horns Knights from the country of Piena, and is completely loyal to its princess, Nashetania. He's said to be the strongest person in Piena, and wields a Swiss Army Weapon that combines elements of sword, spear, and chain. 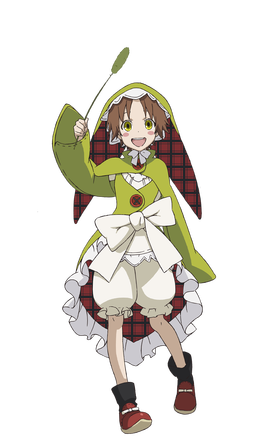 The Saint of Swamps, and is said to be the most powerful person in history besides the Saint of One Flower. She can eat animals and Kyoma many times larger than herself before spitting them back out as loyal minions. 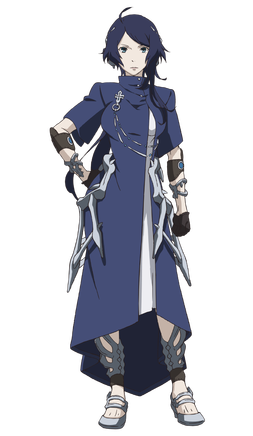 The very respected Saint of the Mountain as well as the head of the Temple of the Whole World, the organization supervising the Saints. As such, she's in charge of making sure that the 78 Saints don't use god's powers for evil deeds, as well as organizing the training of promising new appointed Saints for the coming battle against the Majin. She possesses a variety of abilities, chief among them Super Strength. 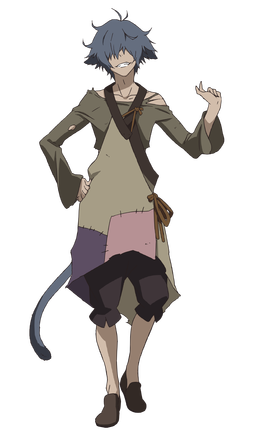 The only hero whose name isn't well known, and for a good reason - he's an outstanding killer for hire. As he said himself, being famous would hinder his work. He fights with dual short swords and throwing knives, and uses an unpredictable fighting style known as 'Cat's Blade' that is inspired by the movements of cats.

The shy, unconfident Saint of Fresh Blood. Her powers allow her to manipulate the blood of both herself and others.

Tropes applying to them in general

One of the three Kyoma commanders working directly under the Majin. He excels in ingenuity and has set up various traps for the braves.

The strongest of the commanders. He has the form of a lion and commands 60% of the Kyoma forces.

The Saint of the Single Flower and The Majin

The Saint of the Single Flower

The demon itself. It appeared long ago with seemingly no purpose beyond killing humans and could not be stopped. It is largely mindless but commands the absolute loyal of all other demons.