Characters from the Marl Kingdom series.

Cornet is the cheerful heroine of the first game. She can sing, play the horn, and even talk to puppets; which most people cannot do. Cornet longs for a passionate relationship and despises toads. She longs for a prince to sweep her off of her feet. 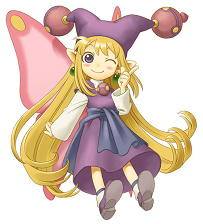 She is a puppet and Cornet's best friend. She follows Cornet throughout the game, often making humorous comments on her behavior. She likes cherries, and dislikes anything sour. Unlike other puppets, Kururu can move around on her own without the powers of Cornet's horn, and she can talk to other humans besides Cornet.

Cherie is Cornet's mother, whom is said to have been killed in an accident many years prior to the start of the game. She was the princess of the ancient, and has a ability that lets her transform into an angelic form when she releases her power. She is at once mature and charmingly childish. 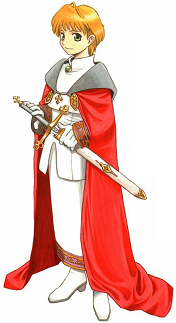 The prince, and soon to be king, of Marl Kingdom. He often sneaks out of the castle to hunt or visit the city. Cornet has dreamed of him her whole life and falls in love with him after a chance meeting in the forest when he saves her from a dragon summoned by Myao. The two later start to fall in love after meeting the 2nd time in the castle. Then Marjoly appears to get back Ferdinand for beating Myao, instantly falls in love with him and tries to teleport him to her castle, but screws up the spell and accidentally turns him to stone, and he's stuck that way till Cornet breaks the spell at the end of the game. 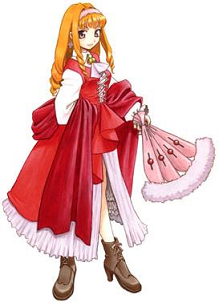 She is Cornet's arrogant rival. Etoile often makes sarcastic remarks about Cornet. She is from a rich background and loves being the center of attention.

She is malevolent and very conceited, with lyrics in her song "Evil Queen" describing herself to be "mightier than the god...more beautiful than the goddess". She fell in love with Prince Ferdinand (immediately after seeing him the first time) and meant to teleport him only to turn him into stone. 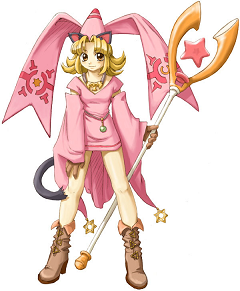 Myao is one of Marjoly's lackeys. She appears to be a child. She often acts childish and selfish, and she can cast powerful magic to summon dragons. 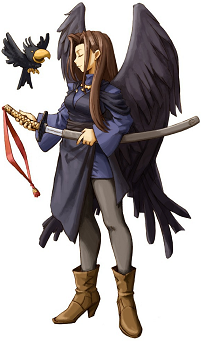 Crowdia is another of Marjoly's lackeys. She is very beautiful, but very narcissistic. She has large black wings, like a crow, and fights with a sword. 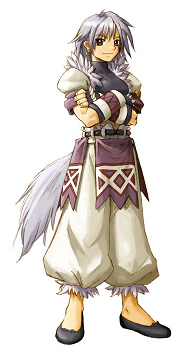 Gao is Marjoly's third lackey. It is said that she has the strength to fight a dragon with her bare hands. Many people mistake her for a man, including Cornet. 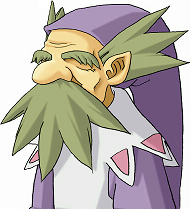 Polansky is a mage who lives alone in the Tower of Wisdom. He tells Cornet that she must collect the Heart Stones in order to save Ferdinand. He was also friends with Mustaki.Tropes associated with Polanski: 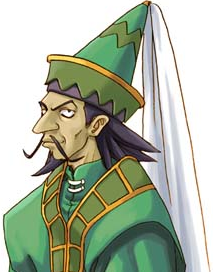 A.k.a. Kururu is the game's protagonist and the daughter of Cornet and Ferdinand. She has a tendency to sneak out of the castle instead of studying, and is identified by the other characters as a tomboy.Tropes associated with Kururu: 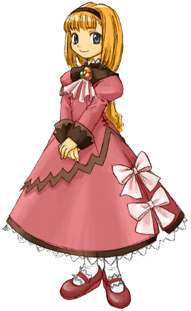 Commonly known as Crea and is Etoile Rosenqueen's adoptive daughter, although at the start of the game she is unaware of her adoption. She has known Kururu since they were children.Tropes associated with Crea: 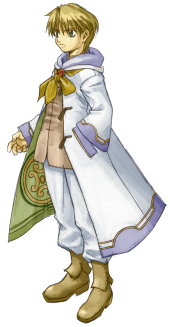 He is Kururu's main love interest, although he is initially not very friendly to her.Tropes associated with Cello:

He is a knight who works at the castle. He became a knight in order to become stronger after the death of his little sister, since he felt guilty over not being able to protect her. He is secretly in love with Sonia.Tropes associated with Randy: 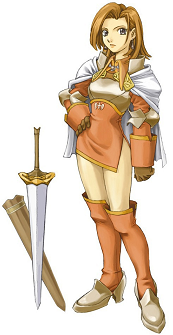 She is a female knight and Geo's daughter. She is popular amongst the people of Mothergreen, particularly the women and possesses her own fan club, but shows little interest in romance.Tropes associated with Sonia:

Akujo is one of the main antagonists of the second game. Having just turned 1,000, she is after the Shadow of Beauty to keep herself looking youthful. Akujo and Marjoly have been bitter enemies for years.Tropes associated with Akujo:

Nyan Nyan is one of Akujo's lackeys.Tropes associated with Nyan Nyan: 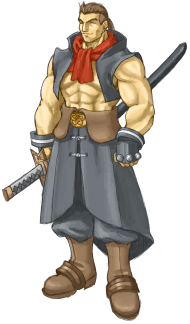 Fon Fon is another of Akujo's lackeys.Tropes associated with Fon Fon: 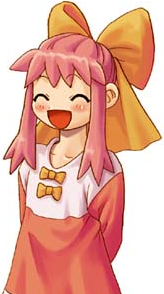 Elly (sometimes spelled Eri/Eli) is a little girl that Cornet, Etoile, and Kururu helped in Angel's Present. It is eventually revealed that Elly is an Eringya in a human disguise. Elly has appeared in La Pucelle.Tropes associated with Elly:

Cherie's husband and Cornet's father. He died during the Minstrel Wars before Cornet was even born.Tropes associated with Marius: 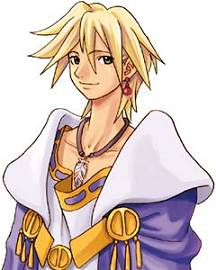