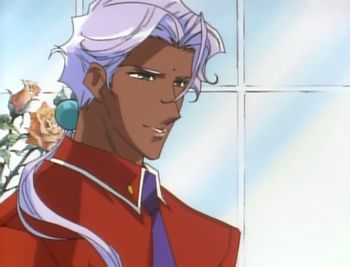 The highly attractive acting chairman of Ohtori Academy, as well as Anthy's brother. A powerful man who oversees the school from his tower. He's a Walking Spoiler, so all entries for this character are unmarked.