This is the character page for the TV series Revenge. 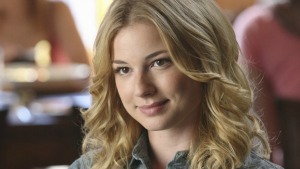 The daughter of David Clarke, Emily Thorne was only a little girl when she was ripped away from her father and forced into a series of institutions. Inheriting a massive fortune from one of her father's associates and discovering her father's innocence, she proceeds to change her name and return to the Hamptons to gain revenge.

The main impetus for his daughter's conquest, David Clarke was a Grayson Global employee who was framed for the Flight 197 explosion and killed while in prison. Later revealed to be alive and in hiding. 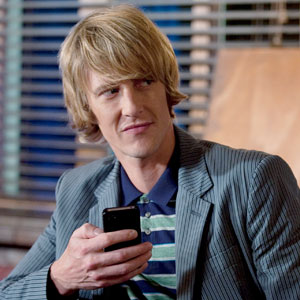 Played By: Gabriel Mann
"Don't do anything revenge-y until I get there."

A mobile phone billionaire who made his fortune due to sponsorship from David Clarke, Nolan Ross gained an everlasting hatred for the Graysons and other Hamptonites when they turned against his patron. Nolan is interested in supporting Emily's revenge but tries to convince her to minimize the fallout. 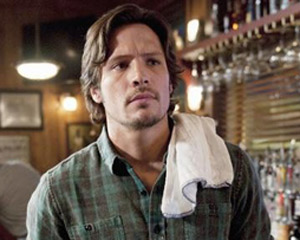 The son of a local bar owner, and later owner himself, Jack Porter was childhood friends with Amanda Clarke and adopted her dog after she was taken away by social services. Jack Porter remembers her fondly as a reminder of better times and named his boat after her. Nolan Ross encourages him to try and date Emily Thorne as a means of salvaging her soul.

A child of the foster system and institutionalized for most of her life, her life changed by becoming cellmates with (the real) Amanda Clarke. Emily Thorne traded names with her after befriending her. Having become a stripper after her release, she is intrigued by the life her cellmate has created for it.

Victoria Grayson is the wife of Conrad Grayson and "Queen of the Hamptons." She is the master of the socialite circle, richer than God, and seemingly possesses a perfect life. This mask hides a scheming and vindictive manipulator who is willing to destroy anyone who stands in her way.

The patriarch of the Grayson family, Conrad is a hedge fund manager with billions to his name. Unfortunately, he is deeply unhappy with his current life and living in a sham of a marriage. Conrad Grayson, along with a vertible army of conspirators, arranged for the arrest and conviction of David Clarke.

The son of Conrad and Victoria Grayson, Daniel is the over-privileged "Prince of the Hamptons." Daniel was only a boy when David Clarke was arrested for treason but has bought completely into his parents lies about the man. A former party animal and recovering alcoholic, he has his own secrets.

Played By: Christa B. Allen

Charlotte Grayson is the daughter of Conrad and Victoria Grayson except not biologically on Conrad's part. The sweet seventeen-year-old "Princess of the Hamptons", she is bored with her rich Hamptonite boyfriends and intrigued with young Declan Porter.

No So Weak: Yeah despite being an average young woman, she displayed she can be capable as she punched Regina hardly and fought off her attacker in 4x06.
Associates of Grayson Global

Ashley Davenport is the party planner and reluctant (unofficial) personal assistant of Victoria Grayson. Ashley Davenport wishes desperately to be a part of Hamptonite social life but doesn't have the money or connections to truly belong. Ashley is also, seemingly, best friends with Emily Thorne.

The Harvard Business roommate of Daniel Grayson, Tyler Barrol shows up soon after Emily Thorne to spend the summer with his old friend. It quickly becomes apparent he is not what he seems.

An Intrepid Reporter who wanted to prove David Clarke innocent with a tell-all book. Unfortunately, Greed betrayed him and he made a fortune backing up the Grayson's lies about him. This makes him a target for Amanda Clarke/Emily Thorne.

Declan Porter is the younger brother of Jack Porter. A young townie, Declan aspires to life better than the one he's always grown up with and harbors feelings for Charlotte Grayson.

A student of Takeda and a former lover of Amanda Clarke. Aiden Mathis joins the group in Season 2, trying to assist Amanda in gaining her revenge while pursuing his own agenda. He remains largely mysterious in his motivations.